The Royal Over-Seas League was founded as the Over-Seas Club in 1910, as the embodiment of Sir Evelyn Wrench’s vision to embrace the British Empire, not just as a political and economic network, but as a ‘far-flung brotherhood of individual men and women of diverse creed and races living widely apart under differing conditions in different latitudes’.

Since its inception, this ideology has been diligently followed by ROSL; encouraging international friendship and understanding; supporting the Commonwealth through social, arts and welfare activities and providing members with a clubhouse home.

Royal Patronage was granted by HRH King George V in 1918 and a Royal Charter of Incorporation was established in 1922 when the club merged with the Patriotic League of Britons Overseas to become the ‘Over-Seas League’. Our Royal title was approved by HM The Queen in 1960 in honour of the League’s Golden Jubilee.

The Over-Seas Club was launched on 27 August 1910 with an article in the Overseas Daily Mail. A non-subscription organisation, the launch captured the imagination of the public, and Wrench who ran the club himself was overwhelmed by the correspondence. The club held its first meeting, attended by some 300 people on 27 June 1911.

At this time Evelyn Wrench drew up a ‘creed for membership’ and emphasised that the club was:

Wrench made it clear that the club aimed to give ‘nations of the Commonwealth a helping hand along the path of freedom and independence’.

Read about the clubs history in Adele Smith's book, The Royal Over-Seas League: From Empire into the Commonwealth. A History of the first 100 years available to buy at the ROSL shop, or take a look at our timeline. 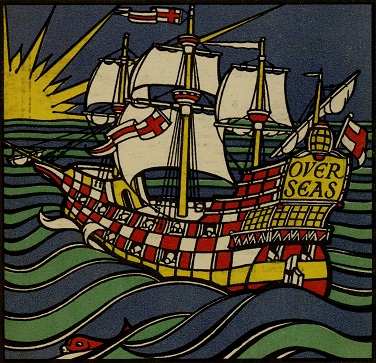 We sailed wherever ship could sail,

We founded many a mighty state,

Pray God our greatness may not fail

Through craven fears of being great