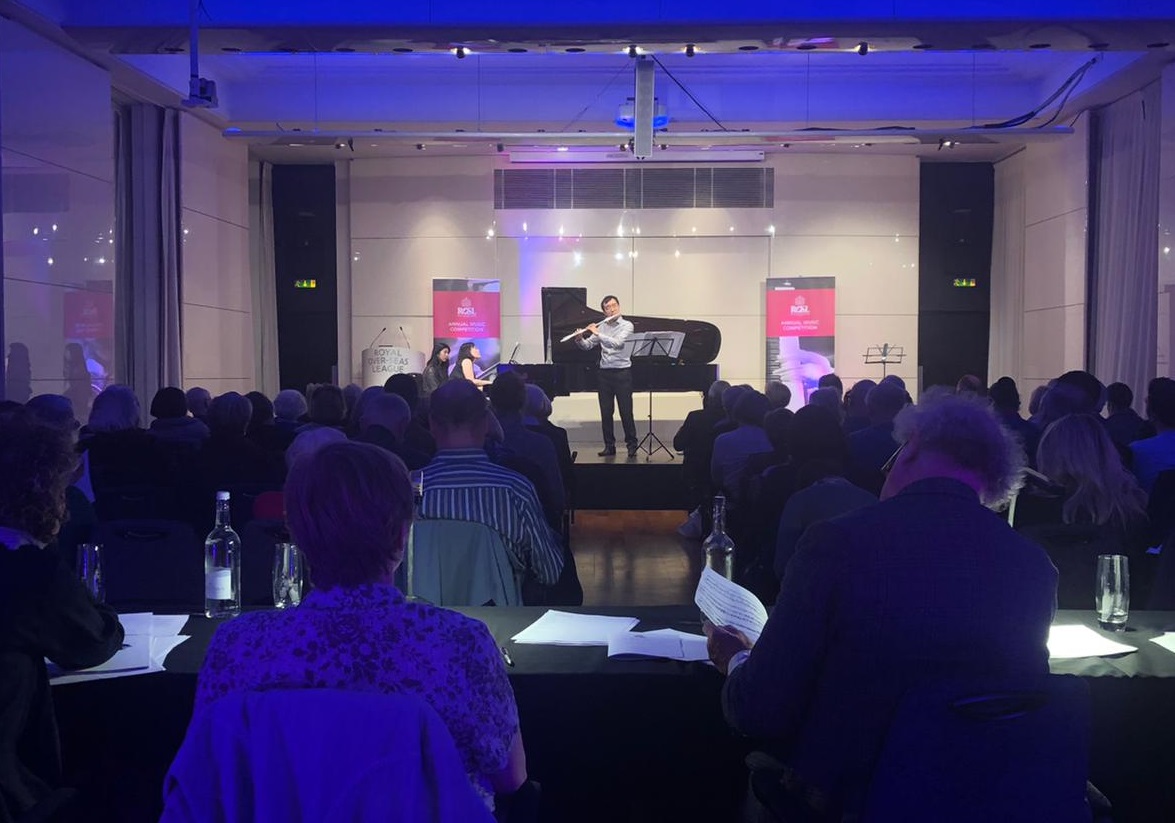 Last night, the competitors in the 2020 Annual Music Competition broke cover for the first time, with five talented young soloists taking to the Princess Alexandra Hall stage for the Wind and Brass Section Final, the first of four such finals which will determine who competes for the Gold Medal prize of £20,000 in June.

Watched by an eager audience and a jury of industry professionals made up of Gavin Henderson CBE, Joy Farrall, Ursula Leveaux and Geoff Parkin, it was flautist Emma Halnan first to perform. Accompanied by pianist Daniel King Smith, her Tchaikovsky and Jolivet was popular in the room.

Next up, Katherine Jones oboe accompanied by Thomas Ang piano, performed a programme of Vivaldi, Martin Butler and Saint-Saëns, crossing the centuries with her choices.

Mark Taylor, our second flautist of the evening, then took to the stage to perform works by Ian Clarke and Taffanel alongside pianist Nathan Tinker.

After a short interval, saxophonist Rob Burton used his moment in front of the jury to perform Joel Love's Liberation as well as pieces by Paul Creston and Demersseman.

Last but not least, Sirius Chau flute completed our trio of flautists with a programme of Casella, Ian Clarke and Lowell Liebermann, accompanied by pianist Kumi Matsuo.

While the jury retired to consider their verdict, the audience was able to discuss who they thought should win the section over a glass of wine.

In the end, it was Hong Kong's Sirius Chau who home the £5,000 Dyers Company Award for Wind & Percussion in memory of Lady Barbirolli, congratulations! Winning the Wind and Brass Section Final also earns him a place in Gold Medal Final on 1 June at the Southbank Centre.

Such was the calibre of musicians performing last night that not only Sirius took home a prize. Rob Burton was awarded the £1,000 the Sussex Prize for Woodwind, while Mark Taylor won the £1,000 Elias Fawcett Award. Congratulations to them both.

The competition hots up next Tuesday with the Singers Section Final. Book your tickets here.