From the Archives: The Grand Dames of the AMC 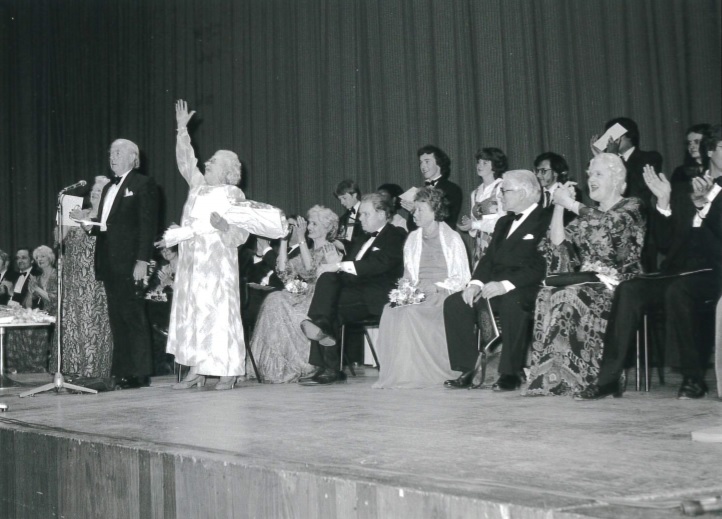 With Annual Music Competition season nearly upon us, we look back at an article from Overseas which looks back at the women who helped make the AMC such a success over the years.

For the past 65 years, the ROSL Annual Music Competition (AMC) has been rewarding the best and brightest young musicians the Commonwealth has to offer. Many have gone on to have stellar international careers and have maintained their connection with ROSL long after taking to the stage for their first auditions at Over-Seas House, all those years ago. What is often forgotten is the huge organisational and logistical challenge it is each year to bring musicians from all over the world together to practise, audition, and perform in section finals, all culminating in the Grand Final. It is thanks to the hard work of the ROSL ARTS team, currently led by Geoff Parkin, and the team of professionals and industry experts who generously give their time as adjudicators.

Looking back over the past six and a half decades at some of those people who have played their part in turning the AMC into the internationally renowned competition it is today, it is heartening to see so many women have been involved, particularly given the egalitarian principles on which Sir Evelyn Wrench founded the Royal Over-Seas League.

Here, we look at just three of the innumerable women who have been involved over the years, far too many to mention, from its founding by Music Circle member Jessica, Lady Forres in 1947 to its continued championing by HRH Princess Alexandra today. 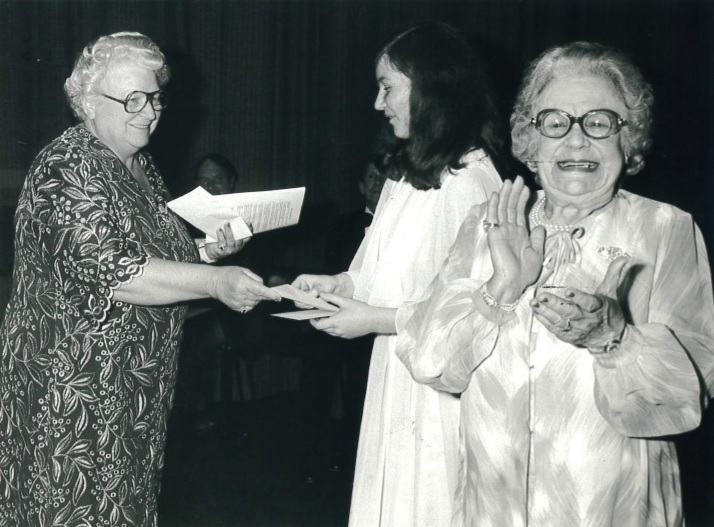 Audrey Strange, a retired professional soprano, served as Director of Music from 1962 to 1982, over which time she grew the Annual Music Competition considerably in scope and stature. For her eff orts, she was appointed MBE in 1983. However, the growing size and complexity of the AMC did present some logistical challenges, as Lady Myriam Barling, who worked as Audrey’s assistant and eventually became Director of Arts herself, recalls one particular day of auditions.

“There were a few rooms behind the then St Andrew’s Hall, which were used by the Music and Arts Department as ‘warm up’ rooms during the competition. We had several options, but a stationery cupboard - it was a big one, so not exactly a broom cupboard! - was used if we were really pushed for space. The last slot before lunch was given to a flautist hailing from New Zealand. She could not be found, however, so Audrey, I and the rest of the adjudicators retired, during which time, the fl autist emerged from the cupboard, asking if she would be heard soon?

“There were no hard feelings, the adjudicators heard her next and Amanda Hollins went on to win the Stella Murray Memorial Prize and play Messiaen’s Le Merle Noir at the Queen Elizabeth Hall in the 1980 competition.”

Having sung during the war as part of the Entertainments National Service Association (ENSA), entertaining the troops, Audrey met many of the musicians and performers who would go on to serve as adjudicators at the AMC in later years. 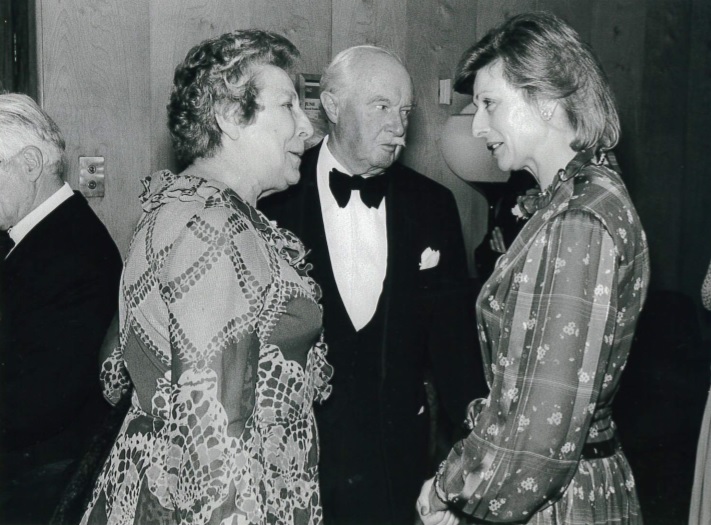 One such connection was Lady Evelyn Barbirolli, who had met Audrey during their ENSA days. Travelling the length and breadth of the country performing to boost wartime morale, those who contributed as part of ENSA needed a make-do-and-mend attitude to life on the road. One such story, which has passed into legend, is an occasion when Lady Barbirolli arrived at a venue to perform for the troops, but found there were no music stands. As an oboist, she had to pin her sheet music to the curtain, only to fi nd it disappear upwards as the curtain rose at the start of the performance. The consummate professional, she was able to improvise with the audience none the wiser.

She began her career at a time when orchestras were largely male, save for harpists, first playing oboe as part of the Drury Lane Orchestra and then the Covent Garden touring company, where she met her future husband, conductor Sir John Barbirolli.

Over the years, she played with the New York Philharmonic and Hallé Orchestra, and taught at the Royal Academy of Music.

Current Artistic Director, Geoff Parkin, fondly recalls his first encounter with Lady Barbirolli, who served as Chair of the adjudication panel at the AMC from 1981 to 2002, after a long day of auditions. “I think it was probably in 2001, in the then St Andrew’s Hall. My clarinet quartet drove down from Manchester to perform in front of the panel of Roderick Lakin, Dame Thea King, and Lady Evelyn Barbirolli. My abiding memory of the audition was Lady Evelyn remaining fast asleep throughout, although she did wake as we were leaving to say it had been lovely! Sadly, we didn’t progress to the next round!”

Probably the most widely known musician to have served on the adjudication panel over the years is Dame Eva Turner, a dramatic soprano whose roles in Italian and German operas earned her international renown. After studying at the Royal Academy of Music, she began her stage career with the Carl Rosa Company, before moving to La Scala, finally retiring from performing in 1948. Many of her recordings from her peak during the 1920s and 30s are still available today. Following her retirement, she taught for many years, first in Oklahoma, then later as Professor of Singing at the Royal Academy of Music. Her encouragement of students such as Dame Kiri Te Kanawa led many to go on to have successful careers in their own right, as was the case with her involvement at ROSL.

A warm, conscientious, and dedicated chair of the adjudication panel from 1980 to 1984, she continued her involvement with the AMC well into her 90s. By all accounts, she worked very hard to support the musicians each year, offering encouragement as they came off stage, projecting her voice as she spoke, just as she did when she sang. The photo that most colourfully demonstrates that commanding stage presence and theatricality is her hand gesture in the example (top) from 1982, as Dame Eva stands on stage at the AMC Grand Final just as the end of the Falklands War is announced.

These three represent just a tiny snapshot of the calibre of women involved in making the competition what it is today. Many others, such as Joan Kemp Potter, Patricia Stammers, Joan Davis and Dame Myra Hess, to name just a few, have all played their part. Long may this tradition continue as the AMC heads towards its 70th anniversary and beyond.

Book your tickets for this year's AMC, which begins on Tuesday 11 February, here.