AMC Insider: Behind the Scenes of the Annual Music Competition 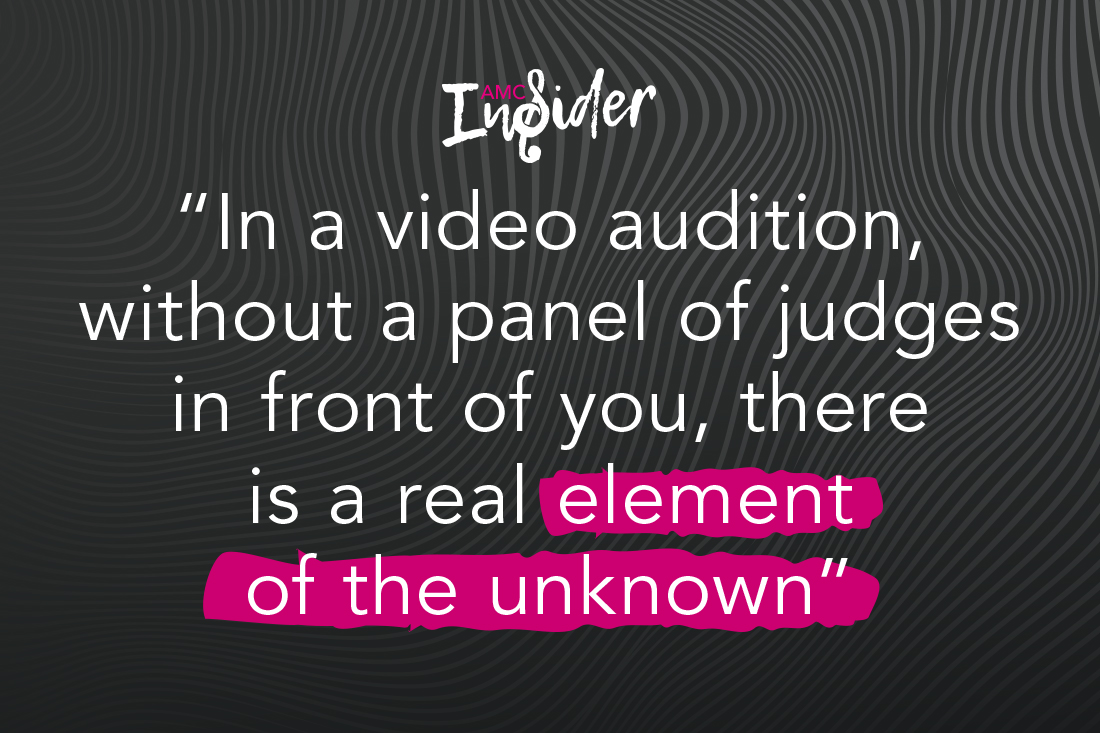 With entries for the 2020 Annual Music Competition now closed, the first round of video auditions are currently being assessed to decide who will go on to the semi finals. Our anonymous AMC Insider, one of the musicians competing, will be giving us a behind the scenes glimpse of what goes on at every stage of the competition. Read their experience of the video audition below.

Such is the prestige of the Royal Over-Seas League Annual Music Competition, I had heard about it for many years prior to my own entry, and been a spectator at a few of the previous editions. I realised it was too good an opportunity to pass up, so I endeavoured to give it a go!

The process of recording for a video audition is always stressful, and in my experience, often quite chaotic. It’s a completely different skill to a live audition – personally I find it a lot easier to express who I am as a musician face-to-face, but this varies from person to person. However, what I am sure of is producing these video recordings is so beneficial in itself, in that it makes us aware of every dimension of our playing. Even just to have the video recordings, such a necessary step for personal improvement of any musician, it’s absolutely worth being involved in this competition.

It’s a nerve-wracking moment when one comes to the submission. I found myself questioning whether my recordings were good enough, whether it was worth submitting them at all! It’s a very natural feeling. In a live audition, there is a panel of judges in front of you. It’s quite often possible to gauge their reactions to your performance, which in some ways can be comforting (also at times, not). Of course in a video audition, without said panel of judges in front of you, there is a real element of the unknown.

Despite this unknown, I was so very glad to go through with the submission to the competition. Now the agonising wait to find out if I have reached the next stage begins…

Book now to see the future stars of classical music here. Book before the end of January and get £10 of our AMC season ticket.