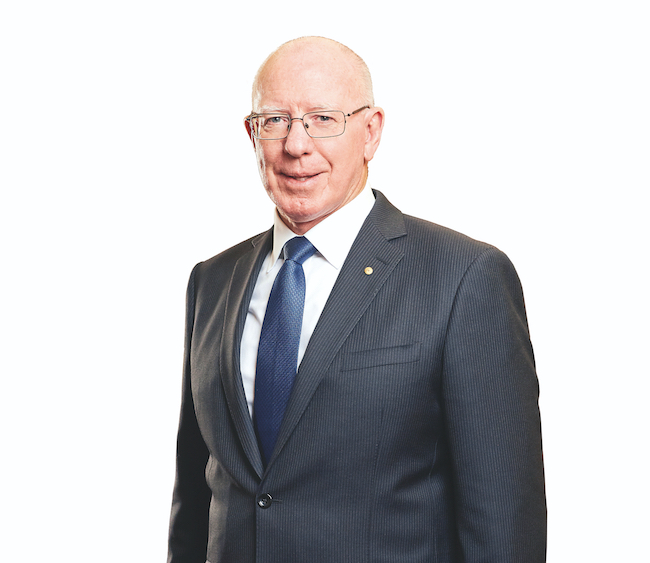 His Excellency General the Honourable David Hurley AC DSC (Retd), Governor-General of Australia, has graciously agreed to become Patron of the Royal Over-Seas League in Australia. He will act as a figurehead for our 3,500 members in the country.

Having served for 42 years in the Australian military, rising to the rank of Chief of the Defence Force, he retired in 2014 and became Governor of New South Wales. On 1 July 2019, he rose to become Governor-General. The position acts as HM The Queen’s representative in Australia, so it is fitting he has become Patron of ROSL in the country, while the Queen continues to serve as Patron to ROSL as a whole, with HRH Princess Alexandra as Vice Patron.

We thank the Governor-General for agreeing to take on this position and look forward to his participation in ROSL life.

“I am delighted to become the Royal Over-Seas League’s Patron in Australia,” the Governor-General said.

“ROSL brings members together and symbolises friendship both in the local community and internationally. Its members do terrific work for charities and I look forward to working with them over the next five years as Patron.”