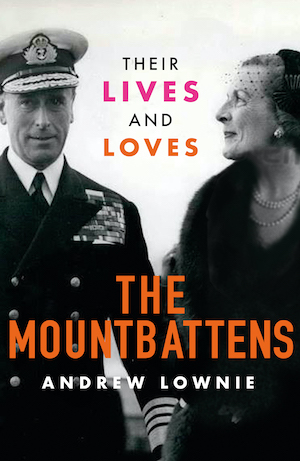 Historian Andrew Lownie introduces his new joint biography of the lives of Earl Mountbatten of Burma and his wife Edwina at the Royal Over-Seas League on Tuesday 29 October.

As first President and then Grand President of ROSL from 1942 to 1979, Over-Seas House is a fitting location to discover more about the charismatic character of Mountbatten. With lives touching the history of the 20th century, it is a rich story whose characters include: all the key figures of the Second World War from Churchill, Macmillan, Eden, Montgomery to Roosevelt, Eisenhower, Stilwell and Chiang Kai-Shek; The Royal Family; and stars of stage and screen Charlie Chaplin, Agatha Christie, Noel Coward, Joan Crawford, and Cary Grant.

Following the talk, why not make an evening of it by heading down to the Restaurant to celebrate the start of game season? Our three-course Autumn Game Dinner menu will make the most of the UK's long game tradition, and include a blind wine tasting session from our supplier Davys, which pits Commonwealth wines against the rest of the world.

Book your place at the talk here, and the dinner here.