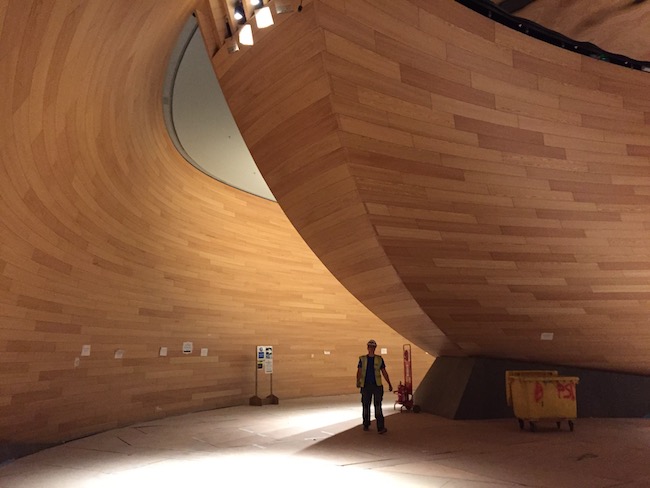 Sustainability accreditation schemes have transformed the built environment but is there too much emphasis on ticking the boxes? In the latest edition of Overseas, Elly Earls meets Simon Sturgis of Targeting Zero and the Singapore Green Building Council’s Yvonne Soh to find out.

Sustainable buildings are no longer the outliers; more than 550,000 projects have been certified by BREEAM, a global scheme that assesses their environmental, social, and economic sustainability, and over two million are registered for certification – in more than 80 countries worldwide.

In London, the new European headquarters of global media powerhouse Bloomberg recently achieved the highest score ever given to a major office development. It ranked 98.5% against BREEAM’s sustainability assessment score, recognising its innovative environmental strategies, which deliver a 73% saving in water consumption and a 35% saving in energy consumption compared with a typical office building.

As Alan Yates, technical director of BRE Global’s Sustainability Group, said: “What sets the Bloomberg building apart is its relentless focus on innovation and its holistic, integrated approach to sustainable construction and design. Projects like these are really important in giving confidence to the industry to experiment.”

Simon Sturgis is widely recognised as an innovator in delivering a low-carbon, resource-efficient, built environment. He is also sustainability advisor to the prestigious RIBA Stirling Prize, which dubbed Bloomberg’s European HQ the best new British building in 2018. While he believes Bloomberg HQ is an extraordinary piece of design, he has a few issues with it being labelled as the most sustainable office building in the world.

“I’m not disputing that it has achieved the highest BREEAM rating,” he says. “However, the big question is: Does that make it the most sustainable building? In my view, the answer is no.” Sturgis’s answer is no because of the building’s embodied carbon footprint. In other words, the carbon cost of constructing and maintaining it.

“Having looked at the building externally and internally, you can see from how it’s made that it is a sophisticated and complicated thing. For example, a lot the stone is curved, which means there must have been a lot of wastage. Then there’s the transportation element – the bronze, for example, came from Japan. In addition, the building gets BREEAM points for being naturally ventilated, which is great, but it’s also got an entire air-conditioning system installed just in case. The embodied cost of putting that in would have been very high.

“The defence against all this is that the building will last a very long time, which is not an unreasonable defence. But I’m pretty confident you could achieve an equivalent life span without expending that level of embodied carbon.”

Exemplars for the future

Through his company, Targeting Zero, Sturgis wants to change the way projects are designed and built in the UK. He’s already worked closely with the Royal Institution of Chartered Surveyors (RICS) to co-author its professional statement ‘Whole Life Carbon Assessment for the Built Environment’, which covers carbon assessment from both an operational and embodied standpoint, as well as the RIBA equivalent. He’s also contributed to sustainability guides for the British Council for Offices (BCO) and the UK Green Building Council.

“Up until recently, I think embodied carbon has been overlooked for various good reasons,” he says. “Many architects design low-embodied carbon buildings without doing a detailed calculation. They intuitively know that using a timber column is going to be a lower carbon outcome than using a stone-clad steel frame. But there hasn’t been the knowledge or ability to fully understand these things in a numerical sense. The RICS document that I was involved with actually helps people put numbers to all that.

And it hasn’t come a moment too soon. “If you think about the climate change emergency, it’s construction emissions that happen right now that you have to reduce, that have the most immediate impact on climate change,” he says.

For this reason, he simply doesn’t believe Bloomberg HQ can be held up as an exemplar for the future. “It’s like the best possible Formula 1 car. It’s got an amazingly efficient petrol engine. The problem is we’re now into the world of electric engines. And while I give credit to them for what they have achieved – the levels of energy efficiency are extremely impressive – the building cost $1.3 billion and I think there is a correlation between money and carbon. If you save carbon, you quite often save money.”

He points to earlier Stirling Prize winners as better blueprints for a low-carbon future. The 2014 winner, Haworth Tompkins’ Everyman Theatre in Liverpool, reused 25,000 bricks from the original theatre to create a curved auditorium within the new one, while at Hastings Pier, which scooped the top prize in 2017, the visitor centre is clad in reused timber decking from the original pier, which was burned down in 2010. 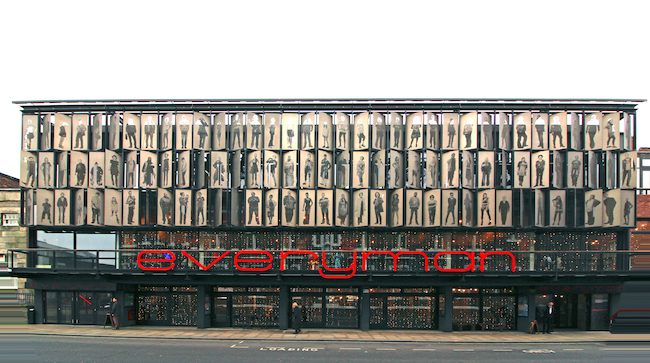 “I think architecture has to evolve its aesthetics in terms of low-carbon architecture,” Sturgis adds. For example, the Everyman Theatre features circular chimneys as part of its distinctive silhouette, which provide ventilation but are also part of the architectural image of the building.

Yvonne Soh, who heads up the Singapore Green Building Council (SGBC), thinks a pitfall many developers and architects come up against is working too hard to tick the sustainability accreditation boxes.

“Whenever you have a framework or some sort of scoring system, most consultants will of course try to meet the specs to get the points. But sometimes in doing that there might be an overemphasis on putting in a lot of technological solutions to solve things and reduce energy consumption,” she says.

“A better approach is to start from basic principles and look at passive design solutions, which don’t cost anything at all. What can you do fundamentally about the building? For example, its orientation, how the different blocks are put together, where it is in terms of the wider environment it’s in so you can encourage better wind flow, and so on.”

Moreover, for the SGBC, a sustainable building is not just a building that considers the environment; it also has an impact on its occupants. “It’s a more total approach,” Soh says. “Green buildings should support sustainable lifestyles – for example with electric vehicle charging, sheltered access to public transport and promoting cycling with bike parking lots. It goes beyond the building structure but also considers how people will use the space.”

With its sit-to-stand work stations for all employees, central ramp spanning six floors that encourages movement through the building, two cycle centres, and a wellness centre, this is something Bloomberg HQ does exceptionally well.

Soh also agrees with Sturgis’s point about aesthetics, although in Singapore low-carbon architecture tends to take a slightly different form.

“Green buildings don’t have to be ugly buildings; here I think, one of the distinctive features of Singapore green buildings is the incorporation of greenery – for example the PARKROYAL on Pickering Hotel and the Jewel Building at Changi Airport. There’s a general appreciation for the role of greenery in Singapore – even in the normal streetscape – and I think our buildings have taken this on.”

The SGBC prides itself on the fact that, since its inception in 2009, it has brought together the entire real estate value chain to co-create solutions to support the development of green buildings in Singapore. “We have the government agencies on board, the real estate developers, the owners, designers, architects, engineers, contractors, and product manufacturers,” Soh says.

The council has also helped develop a product certification scheme that provides an efficient way to identify green solutions for building projects, and while it doesn’t have a major focus on embodied carbon at present – “It’s an emerging concept here,” Soh says – it’s something that’s being investigated and will become more of a focus in the coming years. 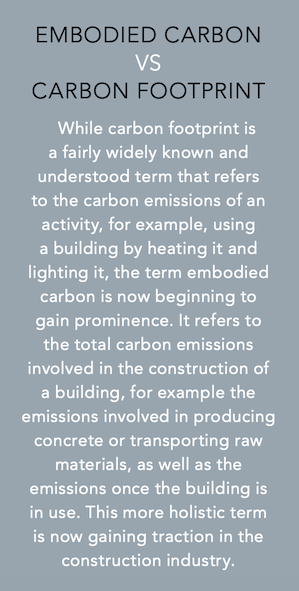 The fact that the World Green Building Council has recently started developing a ‘call to action’ report focusing on embodied carbon emissions and the systemic changes needed to achieve full decarbonisation across the global buildings sector is only likely to accelerate that process.

Meanwhile, Sturgis has been encouraged by one of the announcements made at the recent London Climate Week.

“We had acknowledgment from groups of major banks and financial institutions that climate change is going to be part of the investment risk criteria. As well as ‘stress testing’ financial institutions against their liquidity, how much money they’ve got and how secure they are, in two years’ time, the Bank of England will be doing the same with respect to climate change. I think what that will mean is that people who wish to design a Bloomberg HQ in five or ten years’ time will find that the scrutiny will be at a different level.”

For Soh’s part, one of the main focuses of the SGBC in the next few years will be on assisting the Singapore government with its Industry Transformation Map (ITM) for the construction sector. “Green buildings have been identified as one of the ways forward for the industry so we need to look at the skills that will be needed for this and what we can do to level up people’s skill sets and competencies,” she explains.

But change won’t happen with B2B initiatives alone. “I think the major challenge is user behaviour,” Soh concludes. “It’s a lot more difficult to change people than to change buildings. We’ve had a pilot behaviour change programme over the last two years to look at how we can work with people in offices to get them to change their behaviour without thinking they’re making a big effort. When the public understands the benefit of green buildings and there’s a demand, then there’s less need to push the industry. We’re looking at creating that demand.”

To read more articles like this, visit the Overseas archive here.