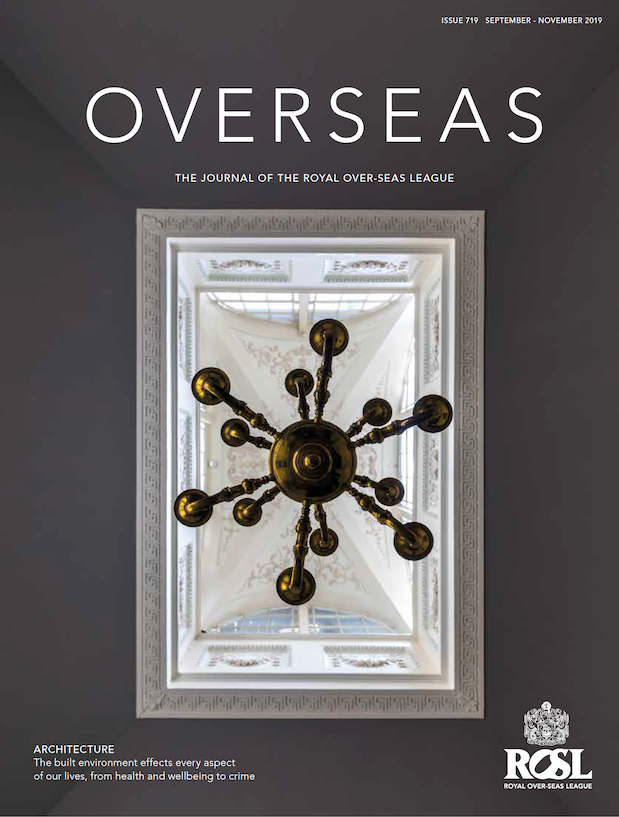 According to studies, the average person now spends 90% of their life indoors. With such an attachment to the built environment, its little wonder that we take such pleasure in the buildings that we live and work in. Since antiquity, buildings have provided more than mere shelter, but have also given us a sense of pride, of purpose, and of belonging, though buildings themselves have changed alongside technology, materials and tastes.

In the upcoming edition of Overseas, due out the first week of September, we take a closer look at architecture and some of its intended and unintended consequences on the world around us. For example, did you know that the way the buildings are designed can encourage or discourage crime? Ross Davies asks can crime ever be designed out of the urban landscape? If so, where does the line blur between creating safe spaces and fortress-like environments?

As with many aspects of life, there has also been a recent push for sustainability in the construction industry. Elly Earls finds out what techniques architects and builders are using to make buildings greener without denting, and sometimes enhancing, the aesthetic appeal of a building.

Spending so much of our time indoors can also play a major role in our health, both physically and mentally. Abi Millar finds out about the restorative powers of the architecture of wellness. The ancient Greeks based entire cities around the idea of improving our health through design, and with facilities such as Maggie’s Centres now cropping up, it looks like we are returning to those ideals.

Our own clubhouse has an architectural story to tell, itself a collection of three buildings from different eras and design languages. Juliet Learmouth concentrates on the history of Rutland House and its trailblazing commissioner, Mary Howard, Duchess of Norfolk.

The line between art and architecture is one that artists and architects have tread carefully for years. To celebrate the new architecture exhibition being hosted on the walls of Over-Seas House from September, we speak to Anne Desmet RA, one of the artists exhibiting, about the crossover between these two disciplines.

Read all this, plus news and events from the clubhouse and around the world, all available on your doorstep and at www.rosl.org.uk/overseas from 1 September.