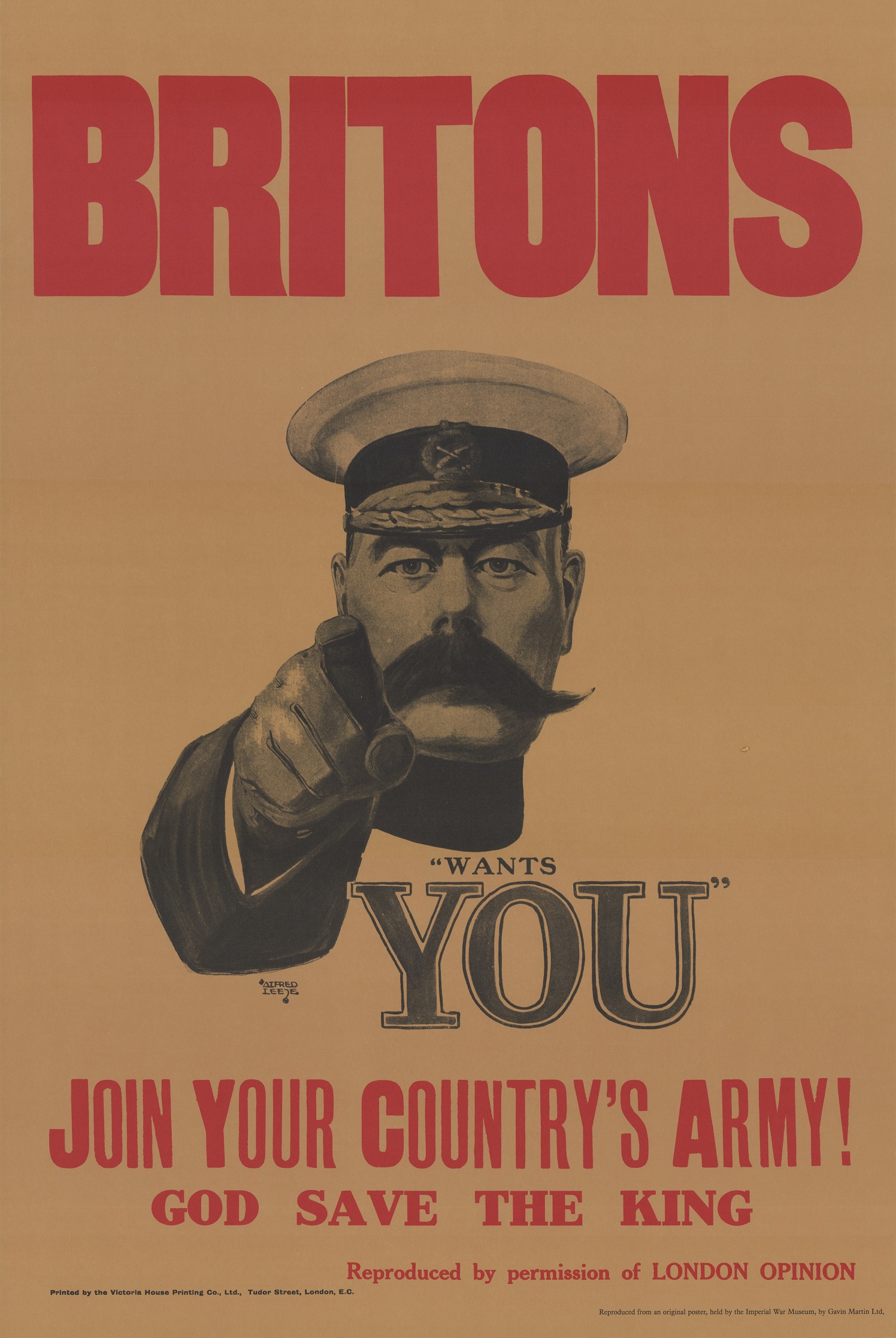 From the days of Ancient Rome right through to the Great War and Nazi Germany, propaganda has continued to rear its ugly head. Amid the current age of fake news, our perception of the information we receive remains as shaky as ever, writes Ross Davies in the latest edition of Overseas.

Living in the 21st Century, these are words, which when combined, make for familiar headlines and column inches. But they instead can be well applied to the days of Ancient Rome and what is arguably the first example of a good old-fashioned political stitch-up.

In around 33BC a prolonged period of civil war and assassination meant the Roman government was in tatters. At the same time, a bitter power dispute had formed between two former allies – Octavian, Julius Caesar’s heir, and Mark Anthony – for control of the Empire.

The latter had set up home in Egypt with history’s ultimate femme fatale Cleopatra, laying claim to the Eastern Roman Empire. Octavian, on the other hand, remained in Rome, where the Senate was based and able to be influenced.

Sensing an opportunity to steal a march, the wily Octavian claimed to have in his possession a document that was Mark Anthony’s last will and testament. In it was purported to be evidence that his enemy planned to leave legacies – including large parts of Roman-held territory in the Mediterranean – to his three children with Cleopatra.

Octavian wasted little time in disseminating the document as widely as possible, convincing the Senate to issue a decree that was posted in the Forum before being dispatched by messengers throughout the empire. Ancient Romans soon made up their mind: Mark Anthony, in the clutches of Cleopatra, had lost his mind and was unfit to govern.

The rest, as they say, is ancient history. The ignominy was too great for Mark Anthony, who along with Cleopatra, committed suicide soon after. In 31BC Octavian became sole ruler of Rome and its first emperor, taking the name of Augustus.

To this day, the contents of Mark Anthony’s will remain a point of debate. Were there really plans to bequeath a chunk of Roman-held land to his children? It’s a moot point. Octavian’s ploy worked because he was able to tap into the prevailing mood and fears among ancient Romans – anti-eastern prejudices, a suspicion of wealth and riches, and a disliking of powerful women. All boxes were ticked.

It begs the question: What would Octavian have made of Twitter – a tool by which misinformation can spread like wildfire within seconds (in the emperor-in-waiting’s case, it took months)? Perhaps it would have afforded him an even quicker route to the top. What we can be sure of, nonetheless, is that this is one of the earliest and brutal exercises in propaganda.

The etymology of the word propaganda comes from the Latin Octavius and his fellow ancient Romans would have used in daily conversation. Taken literally – the propagation of a faith or practice – it holds a neutral meaning, far removed from its negative and political connotations which we recognise today. So, how did we get to our current interpretation of the word?

While using propaganda as a tool to sway the public’s perception has existed since the days of Octavius – and before, doubtless – it is arguably during the First World War when it came into its own as a visual medium.

When war was declared between Britain and Germany in 1914, both sides sought to drum up as much support for their respective efforts as possible. This at first involved a mix of simple slogans and images containing nationalist messages to encourage enlistment, the most famous of which being “Lord Kitchener Wants You”, the boldly-lettered advertisement devised by Alfred Leete in 1914.

Soon the propaganda bureau in Wellington House in London was in full swing, and others followed, notable posters including "Fight for the Dear Old Flag" and “Help Stop This”. When it became apparent that the conflict wouldn’t be over within a matter of months, as some had first believed, propaganda took on a more xenophobic and mendacious turn.

This was carried by several UK newspapers of the time. Lord Northcliffe, owner of the Daily Mail and Daily Mirror, was appointed director of enemy propaganda. His papers mocked the Kaiser as a “father of lies”. In one single report from September 1914, the German king was labelled a “lunatic”, “barbarian”, “madman”, “monster”, “modern Judas” and a “criminal monarch”.

While not specifically the work of Northcliffe, posters from around the time also portray German soldiers bayonetting and mutilating Belgian babies. In 1917, the Times ran a story of Germany corpse factories, in which the bodies of soldiers were being converted into glycerine for weapons and food. Post-war investigations revealed such stories to be utterly false, but these examples of atrocity had already served their purpose.

In the main, British propaganda from the time is seen as being more aggressive – and indeed exploitative – than its German equivalent. Some historians even argue that the discovery by Americans in the aftermath that they had been inveigled into joining the conflict in 1917 by means of deception and misinformation, gave rise to the case for US isolationism in the 1930s.

If some of the propaganda used by the British during the First World War can be seen as clunky and obvious, its use by the Nazis years later was far more advanced and calculated.

The idea of propaganda was included in Hitler’s political manifesto Mein Kampf, with two whole chapters dedicated to the subject. Despite his rabidity, Hitler knew that the only way to forward Nazism was to systematically exploit the woes of the time felt by ordinary Germans in the Weimar Republic – a poor economy, disenfranchisement and a lack of national identity – and turn them to his advantage.

This strategy was built on what Hitler referred to as the “propaganda of ideas”. After seizing power in 1933, he appointed Joseph Goebbels to head up the Nazis’ Propaganda Ministry. Goebbels, the most intellectual of the Nazi elite, sought to use the new media of radio and cinema to condition German minds.

A film buff whose favourite movies were Gone with the Wind and Snow White and the Seven Dwarves, Goebbels eschewed negative propaganda for what he deemed to be triumphant works of art, such as the 1934 film The Triumph of the Will. Directed by Leni Riefenstahl, the film is commonly recognised as one of the greatest ever propaganda films, utilising a range of ground-breaking techniques from moving cameras to aerial photography and a musical soundtrack.

Visual presentation was also key to Nazi propaganda, with a range of abstract symbols deployed, including eagles, and most infamous of all, the swastika. Even the typeface used for pamphlets – the Germanic typeface of Fractur Blackletter – was carefully selected by Hitler and Goebbels as a means of conveying drama within what appeared to be basic messages.

Goebbels, who declared that “the propagandist must be the man with the greatest knowledge of souls”, also sought to quash and destroy any information that stood in the way of Nazi dissemination. Book-burning sessions were commonplace, while the Church was silenced. For a while, the only reality Germans were allowed to exist in was Nazism itself.

It’s exactly 100 years since the Great War finally ended; 73 since Hitler and Goebbels committed suicide in an underground bunker in Berlin. This begs another question: Does propaganda still exist?

The obvious answer is yes. Some might rightfully argue that we live in an age of misinformation, where facts have become secondary to bluster and outrage. Social media has seen to it that, from time to time, it feels like we are on the cusp of falling into a cycle of post-truth and doublethink.

If that sounds apocalyptic, take the following example. During the 2016 US presidential election, a social media movement gathered speed claiming that a global paedophile ring, involving senior Democrats, was being run out of a pizza parlour in Washington DC.

The story spread like wildfire on Facebook and captured the attention of Edgar Maddison Walsh, a 28-year-old father of two from Salisbury, North Carolina. As a concerned parent, Walsh proceeded to drive six hours up to the capital before opening fire on the restaurant. Fortunately, no one was injured from the episode dubbed “Pizzagate”, but it conveyed the bombastic and fractious mood that came to define the election and thereafter.

And here’s the worrying fact that emerged in the wake of the incident. Despite the story being unfounded and debunked in its entirety, a survey from YouGov and The Economist found that 17% of Hillary Clinton supporters and 46% of Donald Trump voters believed elements of the bizarre conspiracy theory to be true.

Such worrying figures suggest that once we are fed misinformation – or as it is more commonly known today, fake news – it is difficult for people to be disabused of the idea that the story is false in its entirety. The die is cast and our mind has a hard time expunging such information from the memory banks.

“This is where things get very interesting, psychologically speaking,” says Professor Stephan Lewandowsky from the University of Bristol.

“Findings suggest that very often if someone is informed that something is false, they may even acknowledge that to be the case, but the misinformation shines through. They are reliant on information they know to be false. In today’s age, whereby some would argue the likes of Twitter and Facebook are seen to be echo chambers, emotion is also the driving factor. People are drawn to outrageous stuff.”

As recognised by many, Lewandowsky believes President Trump has done more than anyone in using his Twitter account to spin stories that stretch the truth at best – or promulgate outward lies at worst – to his own personal gain. “In all his utterances, he is the antithesis of Western civilisation,” says Lewandowsky.

Strong words. Trump aside, there is the somewhat ironic argument that Twitter has democratised propaganda by allowing ordinary people to play a part in its very dissemination. Recipients of misinformation have the power to dismiss or spread what we see and read at the click of a finger. How can propaganda be a cancer on the body politic when the people have the power to control it?

It’s a valid question, but more pressing is the overriding dichotomy it presents. We now have more information at our disposal than ever before in the history of civilisation, yet the line between what is truth and what are lies seems just as grey as it ever was.