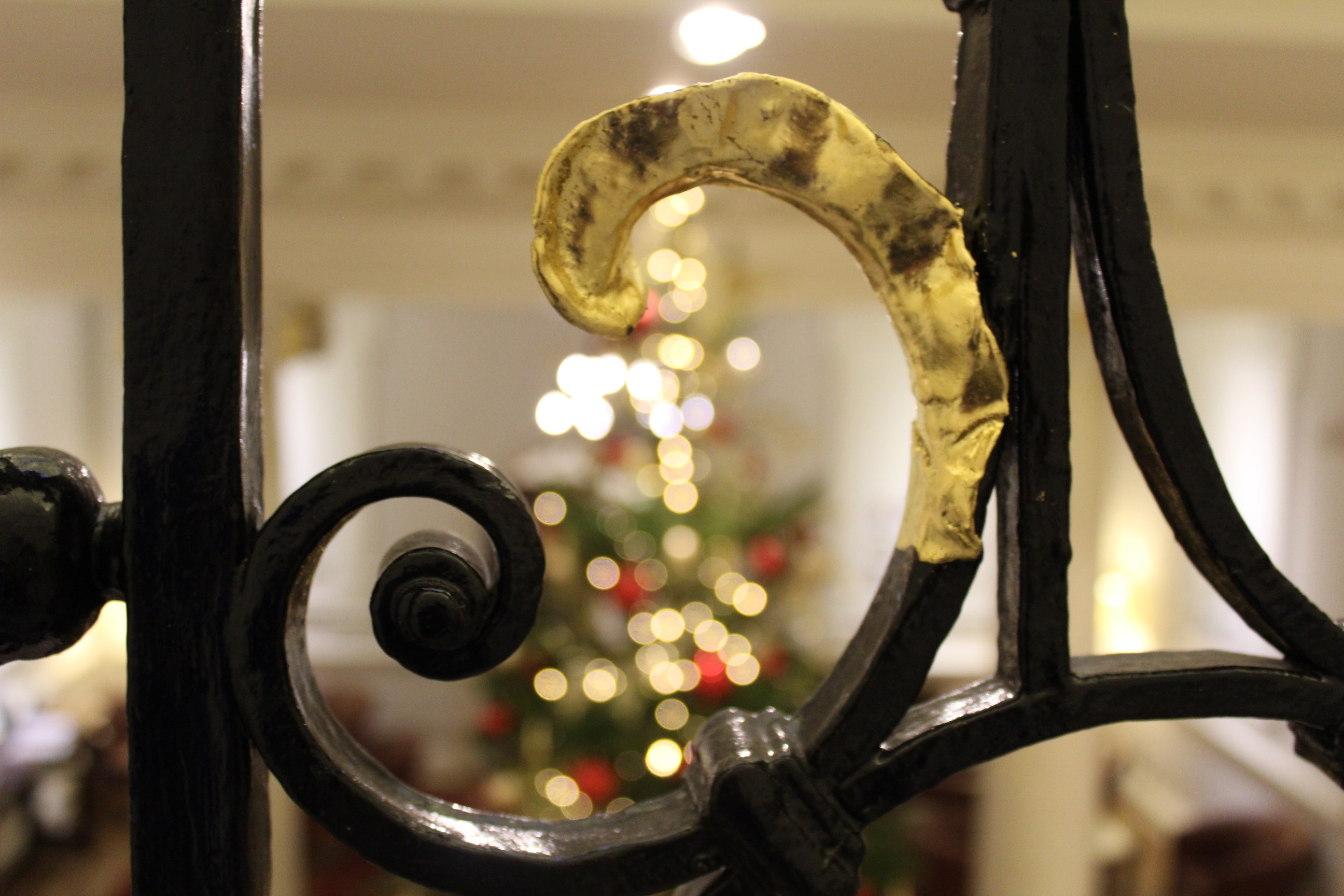 The Christmas season officially begins at ROSL today, with decorations going up throughout the clubhouse.

If you're in the clubhouse this month, be sure to have a look around, there's plenty to see. There's also plenty to do, with a new exhibition currently being installed and festive events to get you in the spirit of the season.

On Tuesday 11 December, this year's Incognito exhibition officially opens. Following the success of 2016's Incognito, in which anonymously donated postcard artworks were sold for £50 each, this year's sales begin from 6pm that evening. As each postcard is submitted anonymously, it's your chance to own an artwork by a well-known artist, or by a fellow member! You won't know until you've bought your piece. All the money raised goes to ROSL's Golden Jubilee Trust (Charity no. 306095), which will be used to fund our education projects around the Commonwealth, with a special emphasis on education for girls from poor families in rural areas.

Before then, we have festive carols around the Christmas tree in the Central Lounge On Thursday 6 December. Have a good old sing song with fellow members and ROSL staff, over a glass of mulled wine and a mince pie. Admission is free, RSVP here. After the carols, head up to the Hall of India and Pakistan for our Christmas Quiz. Test your festive and general knowledge in teams of up to six people. Tickets cost £6 per person, or £30 for a team of six. Book here.

Later this month, we also have two and three day packages over Christmas which include a sparkling drinks reception, Christmas movie showing, delicious meals, and a Boxing day Walking Tour. Find out the full details here.