From the Archives: Our Sovereign Lady 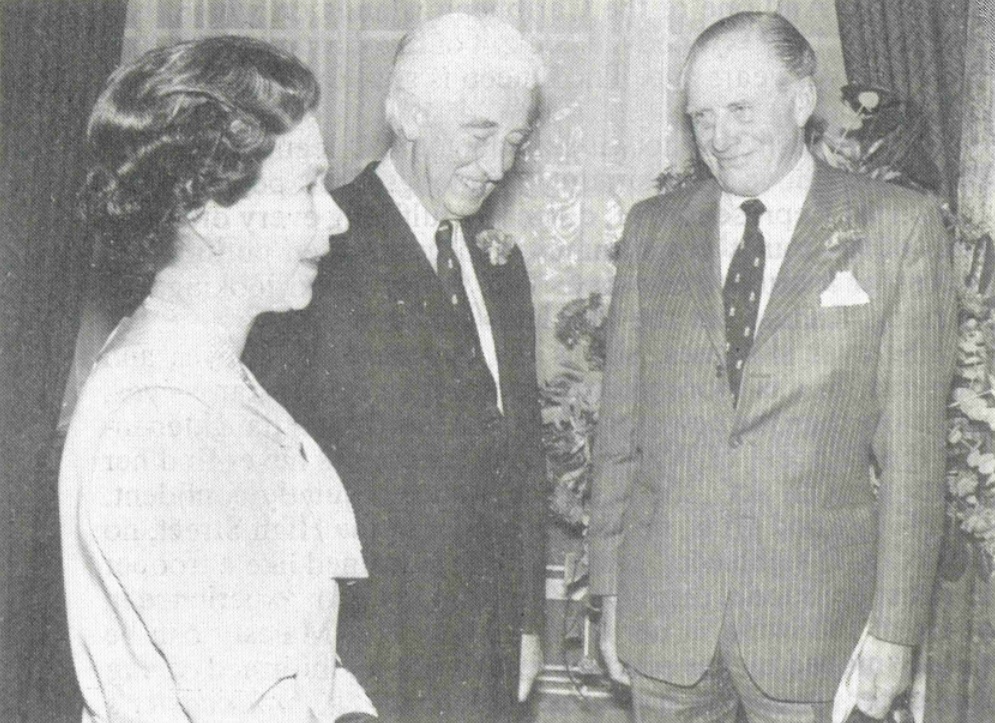 In the June 1985 edition of Overseas, then-Vice-Chairman Godfrey Talbot LVO OBE, penned an article for the journal in which he recollected his relationship with our Patron, HM The Queen, over the years. It's heartening to see that, some 34 years later, many of his opinions on her still ring true today.

'We are having The Queen, our League's Patron, on the front cover of the next Journal,' said the Editor of Overseas'. 'Will you write a piece for us about "the Royal Connection", but perhaps also about your own long professional association with the Royal Family'?

Well, certainly I enjoyed my job, and it is now getting on for 40 years - it was in the post-war years of King George VI's reign - since I became the BBC's first and longest-serving 'Observer Accredited to Buckingham Palace'. I have been, I suppose, as a special-events broadcaster ever since, a sort of 'instant historian'.

And I confess that my mind flicked back along a memory-lane shiningly studded with State Visits and Overseas Tours logging a quarter of a million of miles when, quite recently, I had the privilege of going back into the Palace, microphone at hand, to speak with The Queen and specifically to record her personal memories of that Victory-in-Europe Day on which she, 19-years-old Princess Elizabeth, returned from Windsor 'evacuation' to a London suddenly and thankfully at peace in the Spring of 1945. That day, she not only stood on the famous balcony with her father and mother and Mr Churchill, but had a 'never before or since' experience. For she went out into the streets incognito and was swept along with the rejoicing crowds.

It was not a scripted public speech that I recorded: it was her own informal recollections, put on tape for her peoples to have alongside their own memories. Her Majesty talked with delightful, characteristic verve and frankness, painting in a few exciting word-pictures the scenes which she, one young girl, experienced on an historic night so long ago. A fascinating recall-uninhibited joy and fun bubbled out. Here was The Queen as she really is - not the remote and solemn pasteboard figure a few people still mistakenly imagine her to be. She was so much younger and more immediately captivating than the person television and newspaper photographs quite often present.

Looking at The Queen, the smile and whole presence seemed little advanced in years since, for instance, the time in New Zealand during the great six-months-round-the-world Commonwealth Journey - soon after the Coronation - when in December 1953 in Government House, Auckland, I watched her making that year's usual Christmas Day broadcast, cool and collected at our microphone in a sultry room with windows wide open to a tropical night.

Now it was 1985: yet as I looked and listened again I found it almost impossible to realise that this far from middle-aged-looking Sovereign Lady - not at all unlike the young Queen in long-ago Auckland - had already worn the Crown for over 33 years, was a grandmother, and was far and away the most wise and experienced and hard-working Head of State in the world. She was, such is, the vigour and vivacity of her.

I have been fortunate enough, through the years, to see Her Majesty, beneath the Throne's limelight and sometimes off-stage and in the family life she loves, grow from Young Princess to her present unique stature and esteem, reigning monarch of the House of Windsor, a focus of ideals, and our Number One Ambassador.

But encomiums are neither needed nor asked for. Facts tell the story. The relevant fact for us in ROSL is the our Royal Patron is acknowledged as 'Head of the Commonwealth' by half a hundred independent states in free association - The Commonwealth, a group of countries which girdles the globe and is of unparalleled variety in nature, race, language, economy, creed and culture.

That this situation endures - despite the contrariness and strains which patently exist within the association, causing snide critics the Commonwealth to be a nostalgic whim - is a measure of The Queen's own work for her Commonwealth, her first-hand knowledge of it, and her invaluable service to it.

All who talked to The Queen when she came to Over-Seas House for our 70th anniversary celebrations five years ago felt her awareness that the League, in tune with the Commonwealth, is itself a bridge of people, not politics. The streams of lively humanity which through our doors and every branch are testimony to what still may be called a Family of Nations, an institution which has superseded Empire.