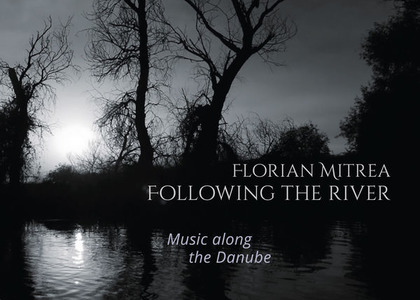 ROSL prides itself on helping to support our prizewinning musicians throughout their careers, by giving free rehearsal spaces, performance opportunities, or in several cases, hosting the launch of albums. One such launch, held in July here at the clubhouse, was that of British/Romanian pianist Florian Mitrea, who was the Keyboard Section Winner at this year's Annual Music Competition.

Since the Gold Medal Final in June, at which Florian performed a programme of Chopin, Debussy and Prokofiev, he has returned to ROSL to perform at the Edinburgh Festival Fringe, among other concerts.

His debut album, Following The River: Music along the Danube, was launched at ROSL during the summer and has now been shortlisted for a prestigious award in Romania. Radio România Muzical, which is a station in the same vein as BBC Radio 3, has nominated Following The River for the title of best CD released in 2018 by a Romanian artist.

The award is voted for by the public, so if you would like to help Florian to win (and your Romanian is good!), then you can do so here. For those who don't speak Romanian, just click the ‘Votează’ button.

Speaking of his nomination, Florian said: "I’m honoured and thrilled that Following the River has been nominated for this award by Radio România Muzical. I love the music on this CD and it means a lot to me that in a small way I have been able to introduce more people in Romania and beyond to the riches of Romania’s musical tradition. I have always wanted my first CD to include works by Paladi, Constantinescu and Toduţă: it brings together my classical training, my childhood interaction with folk musicians, and my memories of hot summer nights spent on a boat in the middle of a channel, deep in the heart of the Danube Delta."

The best of luck to Florian!