Is the UK Prepared for Terrorism? The Verdict 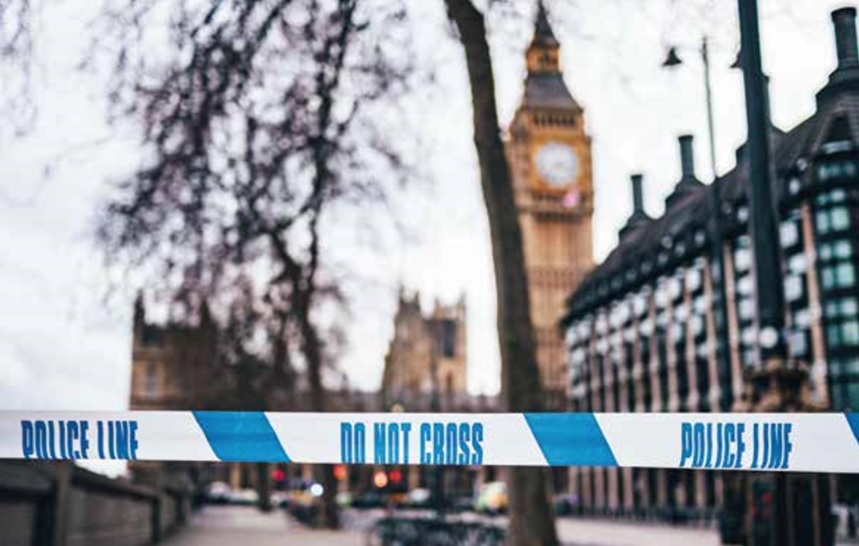 After much anticipation, last Friday night members joined us for the next instalment of our Evelyn Wrench Lecture Series, which would focus on the threat of terrorism. We were joined by panellists Commissioner Ian Dyson of the City of London Police, Dr Paul Martin OBE, a Senior Associate Fellow at RUSI, and Dr Tim Wilson, Director at the Handa Centre for the Study of Terrorism and Political Violence at the University of St Andrews. The evening was chaired by ROSL member, Professor Eve Mitleton-Kelly.

To start our panellists spoke of the UK's strengths when it comes to counter-terrorism, strengths that have been demonstrated with the attacks the country has faced over the past 18 months. They were all quick to praise the way the UK's intelligence services work with other groups, and the coordination between the emergency services when incidents do occur – it took just eight minutes from the start of the Westminster Bridge attack to the terrorists being apprehended. The great work of community police officers was also rightly praised as being a crucial pair of eyes and ears into their localities.

But, does this all mean the UK is prepared for terrorism and will never need to fear an attack again?

Broadly speaking the consensus was yes, as one audience member pointed out it was incredible that the UK hadn’t faced more deadly attacks like the recent ones in Paris, or something similar to 9/11.

However, the UK still has a lot of areas for improvement, such as ensuring communication between services and their response time is the same level as it is in London. The attack at a pop concert in Manchester last year was a real eye opener for politicians, highlight the difference between the capital and the rest of the UK.

The constant development of terrorist methods is also a unending challenge to defending the country against terrorist attacks. As well as new methods of recruitment, new methods of attack like AI are being explored. Intelligence agencies have also noticed a growing trend for the more rudimentary methods such as cars and knives – objects everyone has access to, thus making it harder to monitor and stop. Various reasons were discussed for the reasons why people have chosen these more basic methods of terror, from ease of access to being more inconspicuous. But, the most interesting explanation put forward was that these forms of attack, is because of the more graphic footage and photos that come out of these attacks. Unlike with a bomb, there are more likely to be people nearby in order to capture the event as it is happening and with the power of social media, it can hit people in their homes.

Whilst practically the UK are very prepared, it was also questioned whether culturally and psychologically the UK was prepared. Looking back to the IRA attacks, it was pointed out that reactions were a lot more dampened – after all in 1974 many people still remembered the Blitz. The battle now is not just stopping terrorist attacks but ensuring the fear of one doesn’t stop people from going about their normal lives. Yet, on the flip side this subconscious level of fear keeps people alert to suspicious activities. So how does the government balance it?

Several hard hitting questions were asked from our audience which provoked a lot of debate among the panellists including: How are the intelligence agencies stopping radicalisation of young people, how does the UK compare to other European countries like France, how can citizens identify extremism without being accused of bigotry, and how exactly the UK has avoided a terrorist attack for so long?

The Royal Over-Seas League would once again like to thank the panellists for their stimulating discussion and we hope that they enjoy their year of Honorary Membership.

With last week's AGM, Lord Luce officially stepped down as President of the Royal Over-Seas League. Read his farewell message to members and staff.

It’s Not Just an Entrance, it’s the Start of Something Much Bigger

The three buildings that make up our wonderful clubhouse are Grade I listed. They are all of significant historical interest and some of our buildings are now unique and rare architectural gems. We have not always appreciated this and combined with underfunding over the past few decades parts of our building are in a less than perfect state, not least our gates and gate piers at the entrance to Over-Seas House.