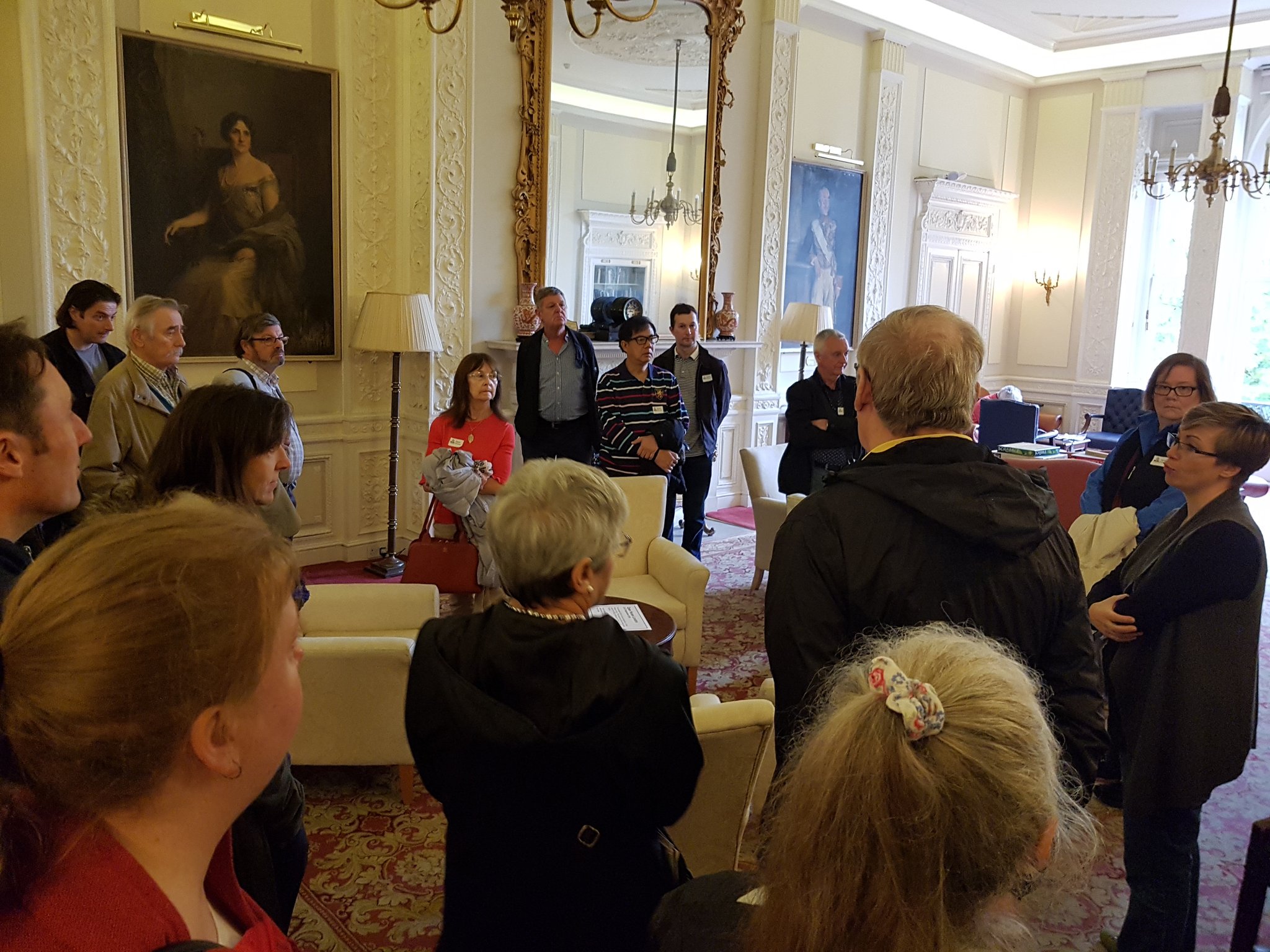 This weekend saw London fling open its otherwise unflung doors as some 800 buildings across the capital which are normally closed to the public, open up for two days so that we could all get a glimpse of some of the architectural hidden gems this city has to offer. The Royal Over-Seas League was one such building, with tours taking place throughout Saturday and Sunday.

It's always a pleasure to show people around our beautiful clubhouse and give them a taste of how this building, or three buildings, have come together over time to make the Over-Seas House we see today. The vision of our founder, Sir Evelyn Wrench, was for a brotherhood of men and women that was open to all, and was non-sectarian, non-party, and non-jingoist. The clubhouse today is an amalgam of Rutland House, Vernon House, and the Westminster Wing, there is so much history in these walls.

Did you know, the Duke of York Bar gets its name from the Grand Old Duke of York, and is the location of his death, the circumstances of which are still being discussed today?

Welcome to the Duke of York Bar, the very room the Grand Old Duke of York passed away. #OpenHouseLondon pic.twitter.com/c2jv3SWC5G

The Crinoline Staircase, so called because of its bowed balustrade to allow ladies in crinoline dresses to pass freely between the floors, was also of particular interest on each tour.

Our Crinoline staircase is one of two left in London, and is bowed to allow the ladies of the house - well, their dresses - easy access to different floors. They straighten as you go up into the servants quarters. #OpenHouseLondon @openhouselondon pic.twitter.com/P3M5TxqDD5

When the tour took guests to the Mountbatten Room, we were reminded of Lord Mountbatten's untimely death at the hands of the IRA in 1979, but this is not the only time ROSL has had a brush with the IRA.

Shortly afterwards, the tour took guests to the Rutland and Bennet-Clark rooms, which have survived a variety of uses over the years. Originally the Duchess of Rutland's Day Room and Bedroom, the small unassuming door in the corner of the Bennet-Clark Room was rumoured to be London's first ever en-suite bathroom. The rooms were also used in the First World War as a hospital for injured soldiers, the Bennet-Clark Room as the surgery and the adjacent Rutland Room as the recovery ward.

#Didyouknow The Rutland Room was used as a hospital for injured soldiers during the First World War? #armistice100 #OpenHouseLondon @openhouselondon pic.twitter.com/4EaJ5jvaZZ

The most impressive feature of this room though, and the most valuable of the entire clubhouse, is the fireplace, carved by Flemish sculptor John Rysbrack, valued some years ago at £250,000. The mystery behind its commissioning and the meaning of its carrera marble carvings is one that lives on to this day.

Thank you to everyone who joined us for Open House this weekend, especially to ROSL alumni Bradley Wood and Ashley Fripp, who provided beautiful accompaniment to the tours.