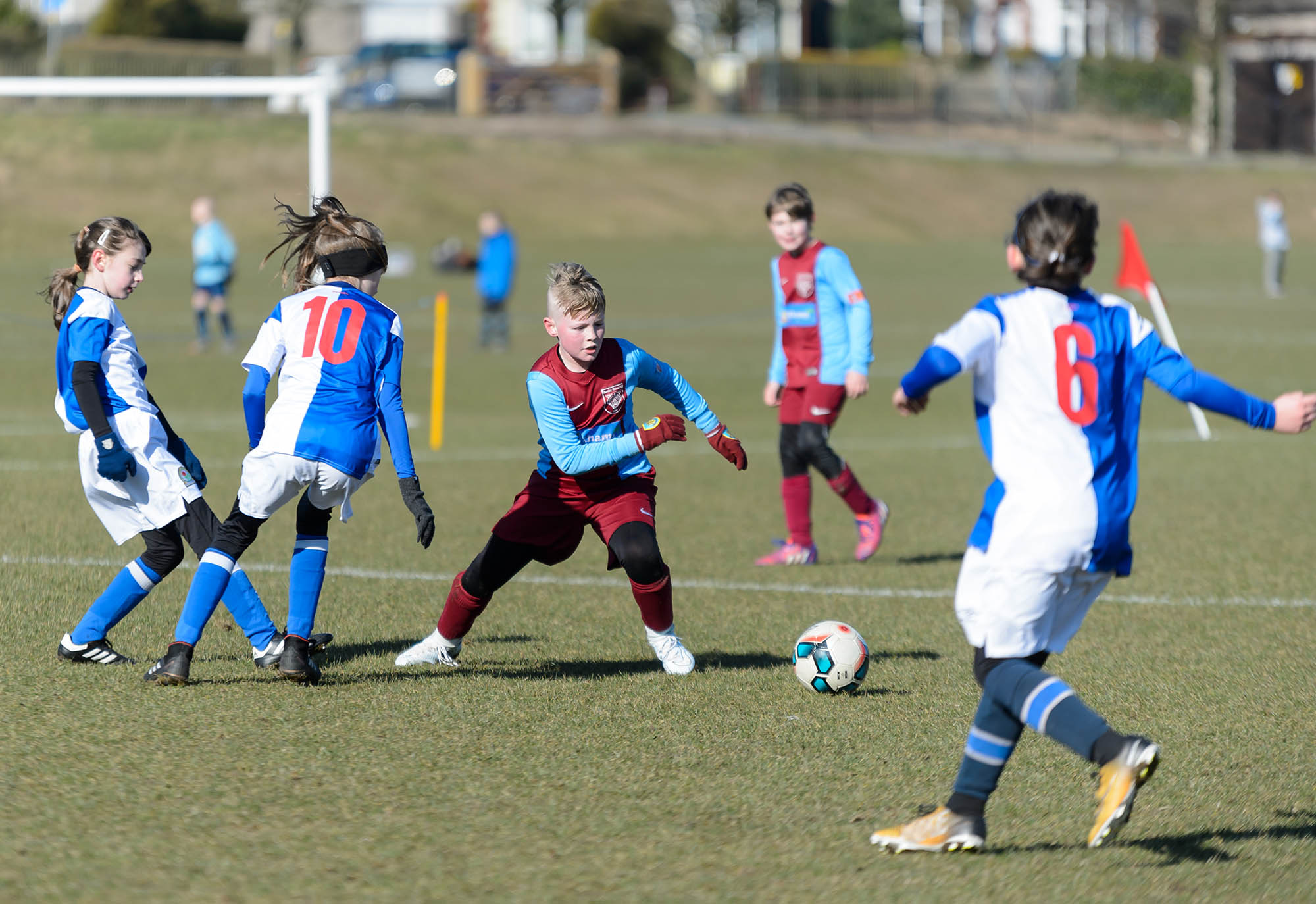 With the 2018 World Cup in Russia now only days away, we look at why the gender pay gap at the professional level remains so wide. In the latest edition of Overseas, Abi Millar asks what can be done to promote equality in participation and pay in sport.

In July 2017, Lewes FC made history when it became the first professional, or semi-pro, football club to pay its women’s team the same as its men’s. In a world where the top male football players can earn more in a day than the top female players do in a year, this decision marks a rare commitment to equality in football. “With women’s football, there’s a vicious circle of low media coverage, low sponsorship, low pay, and low attendances – and unless you change at least one of those things, none of the other things will change,” says Charlie Dobres, a board member at Lewes FC. “So while people have been saying it’s OK to pay women more, but only once you have the same crowd or the same sponsorship, the reality is those things won’t spontaneously change until you take some kind of decisive action.”

Lewes FC, which currently plays in the Isthmian League Division One South (men’s team) and the FA Women’s Premier League Southern Division (women’s team), may seem like an unlikely catalyst for an equalpay revolution. However, the club has been trailblazing gender equality for some time. For the last ten years, its women’s team has played on the same pitch as the men’s, and has had access to the same facilities. (Compare this with, say, Arsenal Women’s FC, the most successful club in English women’s football, which has its stadium miles from the men’s ground in Hertfordshire.) With equal provision of facilities already established, the next step was parity of budgets and pay.

“It’s an investment, loosely put,” says Dobres. “We were never going to cut the money from the men’s playing budget, so the money came from a few of the directors. We calculated that over a three-year period, the decision would pay for itself through increased sponsorship and attendances, and that’s been happening. You have to take a bet on it – follow what you think is correct both morally and from a business point of view.”

Despite the hike in attendance and sponsorship (as well as a boost in its number of fan owners), Dobres says the club’s decision is still regarded as “a novelty, an oddity”. In recent months, Norway’s football association has done something similar, striking a deal to ensure their national men’s and women’s teams receive the same compensation. Overall, however, the gender disparity in football is striking.

Last year, the Danish women’s team pulled out of several matches, owing to an ongoing dispute around pay. And members of the Republic of Ireland’s women’s team threatened to strike over poor provisions, after being forced to get changed in public toilets.

These kinds of incidents may seem shocking in 2018, at a time when female sportspeople are increasingly celebrated. In 1896, Pierre de Coubertin, the founder of the modern Olympics, claimed: “no matter how toughened a sportswoman may be, her organism is not cut out to sustain certain shocks.” Four years later, women comprised 22 out of 997 Olympic athletes. By Rio 2016, women were competing in every sport and the gender split was approaching 50-50. 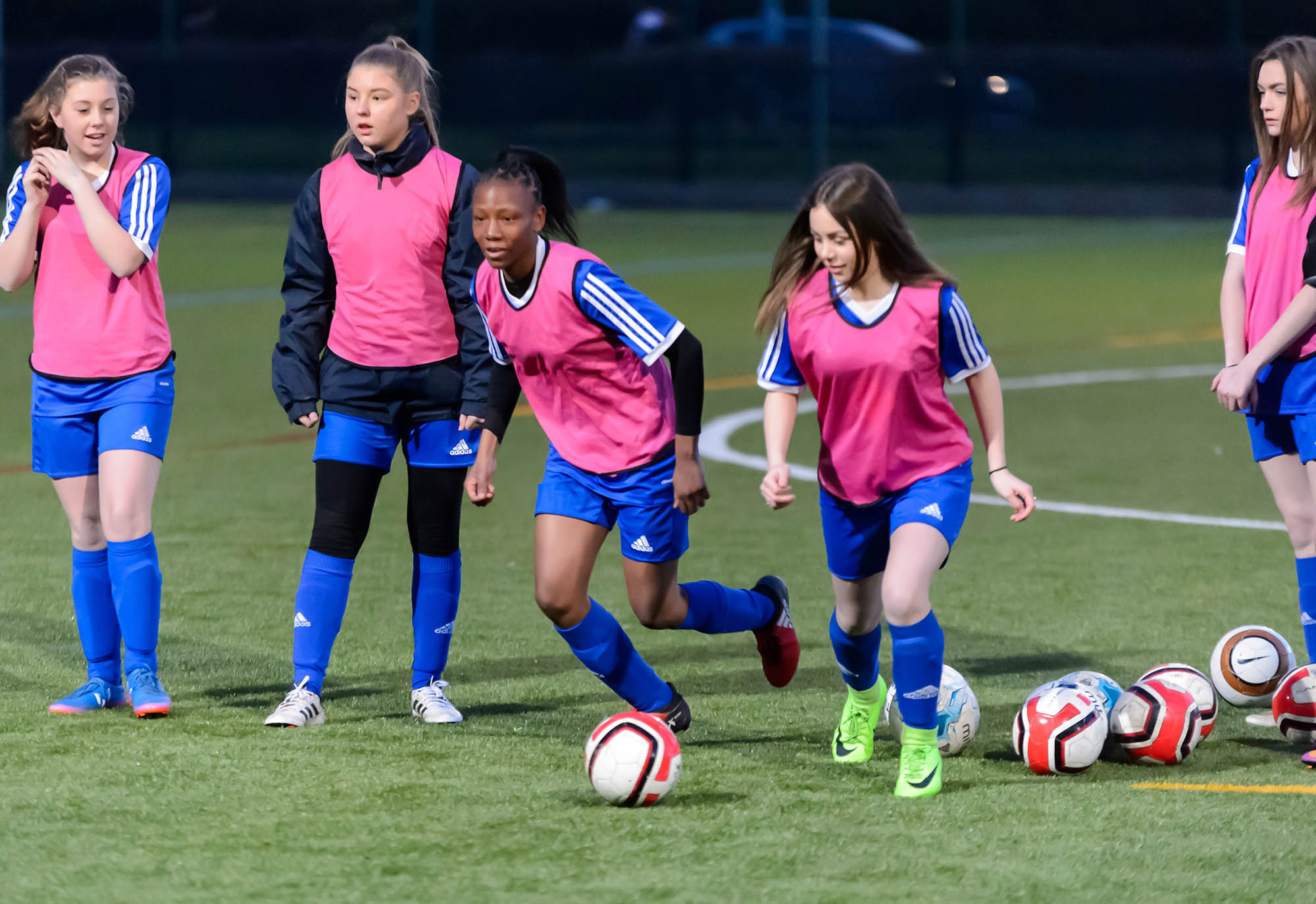 However, football – in the UK at least – retains a serious imbalance. According to a 2017 study conducted by the BBC, which looked at the prize money awarded for various sports, football had the biggest gender disparity by some margin. Take the 2017 prize money for winning the Premier League (£38million), versus the Women’s Super League (zero).

Golf and cricket – two other well-funded, stereotypically ‘male’ sports – were also considerably more generous to their male players, while the rugby governing bodies did not reveal their prize money.

“We believe there is still a significant gap between the treatment of men’s and women’s events,” said Ivan Khodabakhsh, the then / Chief Executive of golf’s Ladies European Tour. “More needs to be done from a social perspective to improve the perception of women’s sport and the financial rewards.”

This is not to say, of course, that progress hasn’t been made. It has, significantly – of the sports surveyed by the BBC, 83% now award men and women equal prize money. This represents a big jump from 2014, when the proportion was just 70%, and 1973, when no sports awarded equal prizes at all.

We only need look at tennis, which has been the subject of a high-profile debate that has (mostly) worked out in female athletes’ favour. Since 2007, Wimbledon has offered equal prize money to its male and female players, and eight of the 10 highest-paid female athletes overall are tennis players.

However, it is no secret that the average male sportsperson is paid more than his female counterparts. What’s more, in 2014, women’s sport only received 7% of overall sports media coverage in the UK. There is still a sense in which men’s sport is seen as the default, women’s sport a special category.

Given the other disparities that exist, the equal pay discussion is actually somewhat nuanced. As the counterargument goes, if men’s sport is more popular, shouldn’t it be better remunerated? The tennis player Novak Djokovic captured this viewpoint well when, in 2016, he claimed: “We have much more spectators [sic] on the men’s tennis matches. I think that’s one of the reasons why maybe we should get awarded more.”

Clearly, true equality in sport has several facets – not just payment for pro athletes, but the cultural cachet associated with men’s sport versus women’s sport, and the kind of opportunities given to promising youngsters.

Charlie Dobres, of Lewes FC, feels that unequal pay and uneven participation are two sides of the same coin.

“For young girls, there’s simply a total lack of expectation and therefore encouragement that they would want to play football,” he says. “As they go into secondary school, there may be boys’ teams provisions but less of a girls’ team provision. So hats off to the women who are currently playing professional football, because they’ve had to go through so much more than male footballers to get there.”

He feels that changing the one might be a spur for changing the other. Already, he says, the club’s decision is having a “powerful and rewarding effect” on young girls’ football in the area, as well as attracting far more women to its matches.

Kate Dale, who heads up the This Girl Can campaign at Sport England, agrees that pay, participation and public profile are all connected.

“Many girls grow up thinking that sport isn’t for them because they don’t see it,” she says. “More women’s sport on TV, better and fairer treatment of female athletes, more women working in sport either as professional sportspeople or as admin or backroom staff – that would all contribute to a sense that sport really is for everyone and not just those who identify as male.”

The This Girl Can campaign, which started life in 2015, was developed in response to the findings that two million fewer UK women than men participated in sport or exercise. Since then, it has worked to close this participation gap by tackling women’s obstacles to playing sport, be those fear of judgement or bad memories of PE.

“It goes back to the sports we did at school – certainly when I grew up, girls were taught netball and hockey, boys football and rugby. So it’s not surprising that this carries through to adult participation figures,” says Dale. “The women we’re targeting with This Girl Can are less likely to play competitively – they focus on physical activities like running, swimming, cycling, group exercise or going to the gym. This makes sense – if you’re not confident about getting active then throwing yourself into a rugby scrum may seem daunting.”

The campaign has resonated with many women. To date, the participation gap is down to 1.55 million, #ThisGirlCan has entered the Twitter lexicon and over 800,000 women have joined in online community. In its next phase, says Dale, This Girl Can will look to engage with more women from lower socioeconomic backgrounds and BAME groups, many of whom face additional practical barriers.

With campaigns like This Girl Can focusing on the participation side, and various sports associations tackling pay, it seems clear that the overall trajectory is positive. While a frustrating number of inequalities remain in place, these issues are at least being talked about. Dobres thinks change is in the air.

For those who doubt that men’s and women’s sport could ever have parity, he points out that women’s football was huge in the 1920s, with one ladies’ match drawing 53,000 spectators. Though the women’s game was subsequently all but banned by the FA, there’s no denying the appetite was there.

Read more on the modern sporting landscape in the latest edition of Overseas here.