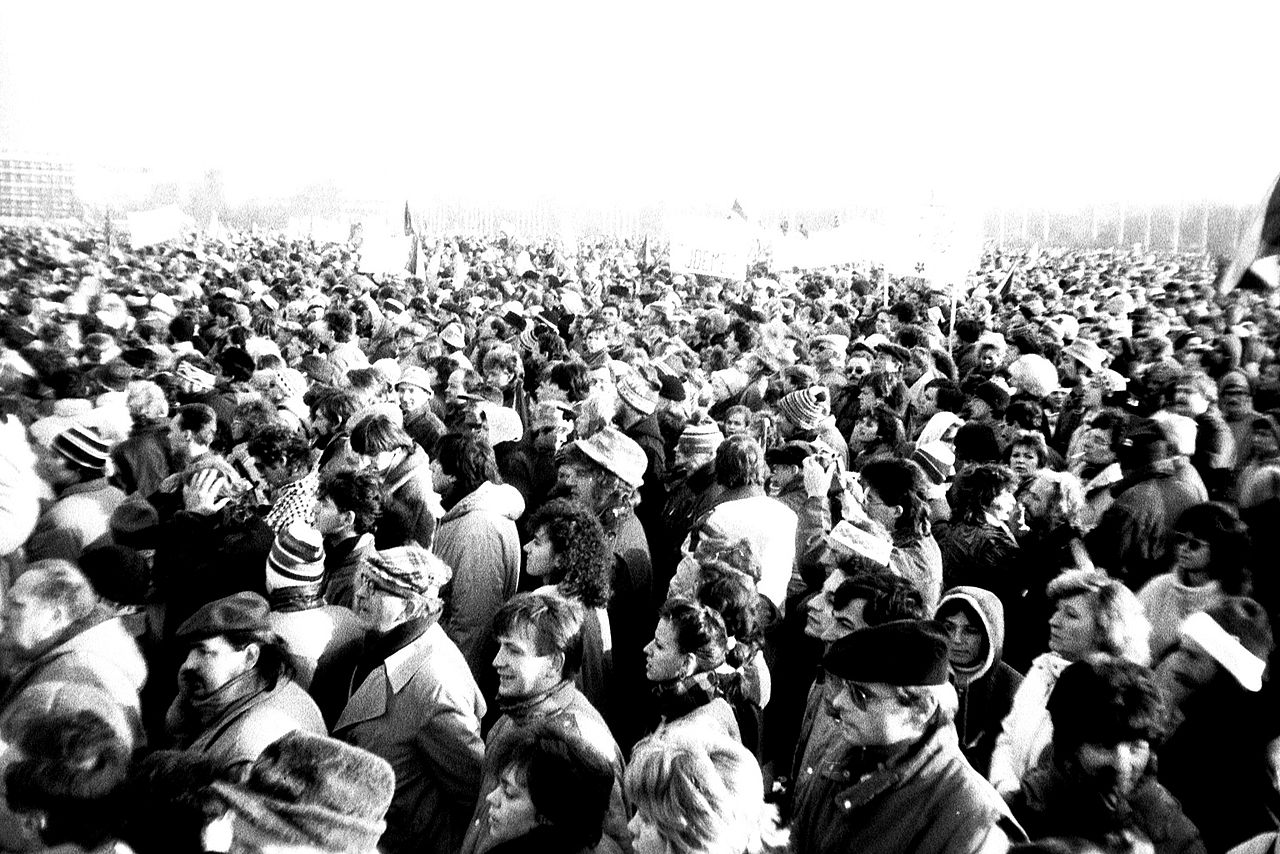 Following the Velvet Revolution in Czechoslovakia in 1990, which signalled the end of 41 years of Communist rule, the newly formed democratic government, made up of Czechs and Slovaks, could not agree on what to call the newly independent country, giving rise to the tongue-in-cheek name 'The Hyphen War'.

For three decades of Communist rule the official name of the country was the Czecoslovak Socialist Republic, so when parliament was deciding on a new name in December 1989, the most straightforward name change would have been to simply remove the word Socialist. President Václav Havel announced as much, reinstating a name that the country had used officially from 1920 to 1938 and again from 1945 to 1960.

However, given the equal status of Czechs and Slovaks in the country, politicians from Slovakia felt the name failed to give them enough prominence, so demanded the country's name include a hyphen; i.e. Czecho-Slovak Republic. This name also had historical precedent, being the official name of the country from 1918 to 1920, and again in 1938 and 1939. Eventually it was agreed that in Czech, the name would be spelt without a hyphen, while in Slovak it would include the hyphen, appeasing both sides of the federation.

Less than a month later, in April 1990, the name would change again to the Czech and Slovak Federative Republic, but of course, history will tell us that the new name was short lived anyway, as the country decided to split less than two years later, becoming the Czech Republic and Slovakia on 1 January 1993. The story didn't end there though, with the Czech Republic again changing its name to Czechia in 2016, although it has yet to receive widespread adoption. The shadow of the Hyphen War lives on almost thirty years later!

This editor can attest to the importance of a hyphen, given the oft-misspelt name of the Royal Over-Seas League.

Image: Peaceful protests, a hallmark of the Velvet Revolution, underway in November 1989