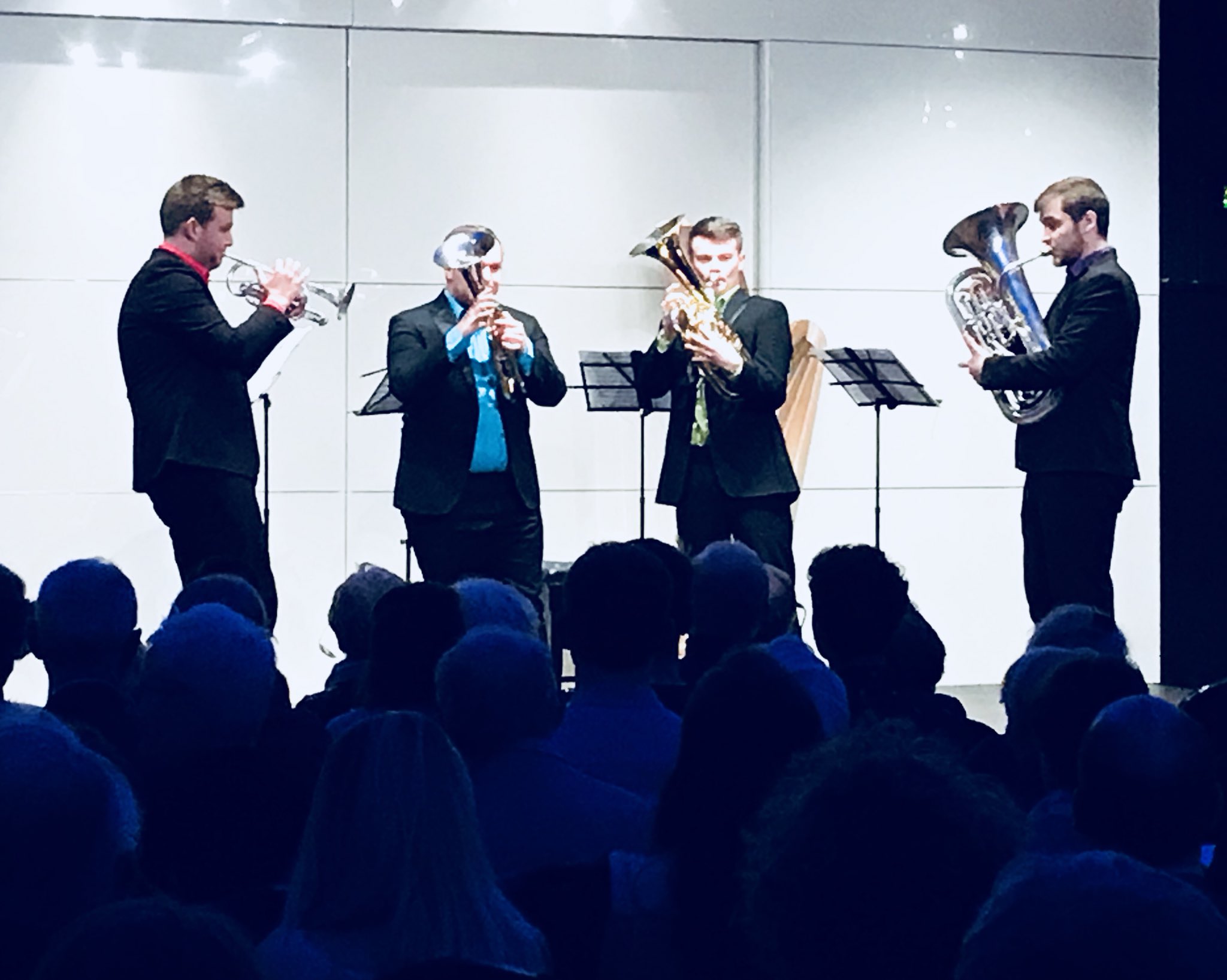 Last night saw the last of our Section Finals for the Annual Music Competition, with our mixed ensembles final. Four groups took to the stage to compete to be our final Section prizewinner.

The evening began with Ensemble Mirage, who kicked off with a programme of Rimsky-Korsakov’s Scheherazade, the sixth movement of Messiaen’s Quartet for the End of Time and a movement from Schoenfield’s Trio for Clarinet, Violin and Piano. Ensemble Solaire followed closely behind, a wind quintet from the Royal College of Music, who treated us to our third rendition of the first movement of Ravel’s String Quartet in F Major for this competition! They closed the first half with Ligeti’s Six Bagatelles for Wind Quintet. 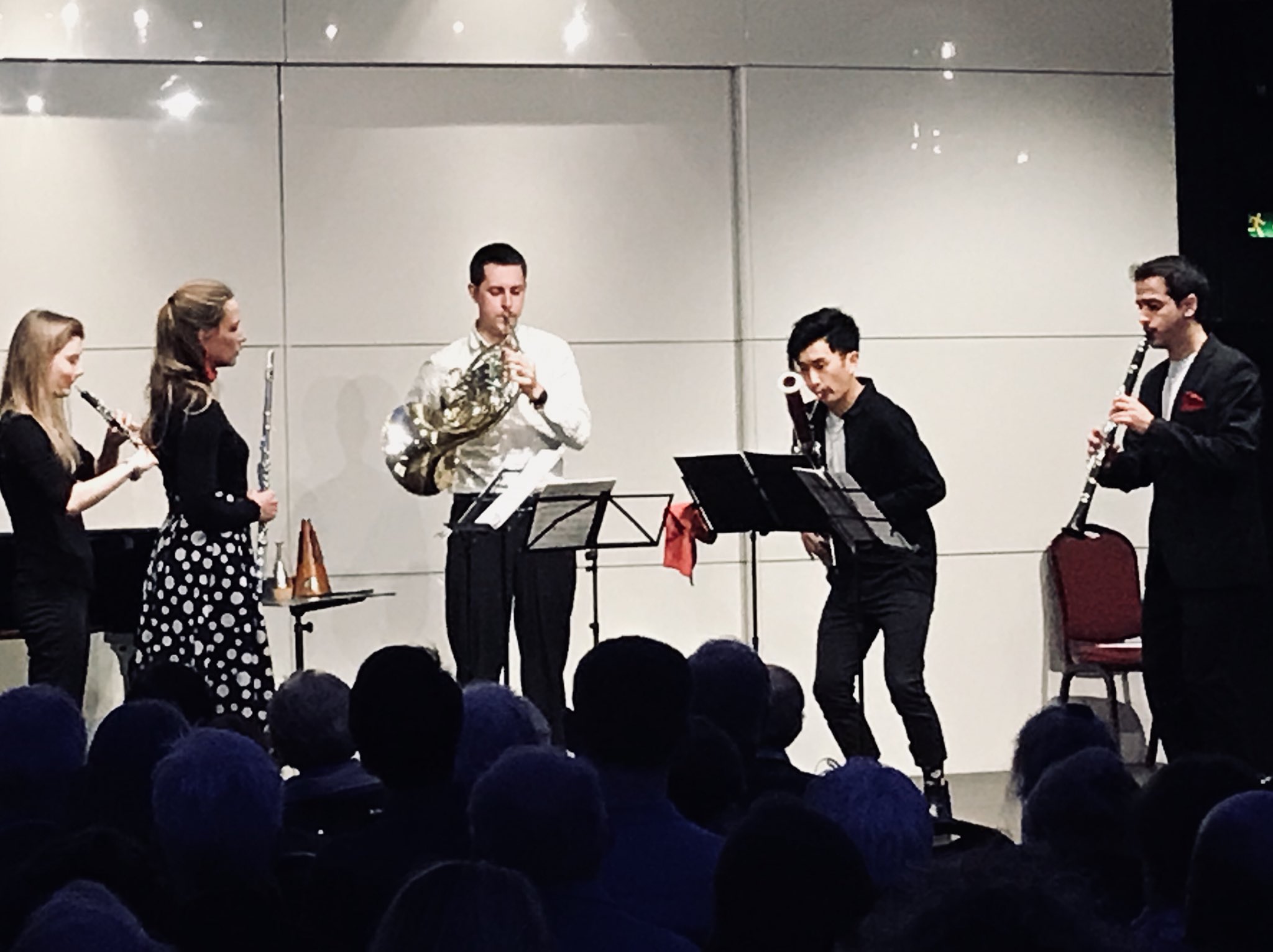 The second half began with the Pelléas Ensemble, performing movement’s from Leclair’s Trio Sonata in D Major, the third movement of contemporary composer Mullov-Abbado’s Three Meditation Songs and finishing with the Menuet and Toccata from Ravel’s Le tombeau de Couperin. Closing the concert were A4 Brass Quartet, from the Royal Northern College of Music. A4 performed works written by their own tenor horn player Jonathan Bates, as well as works written especially for the group, including Bates’ Toccata and A Tale of Two Peaks from mists of the Mountains, as well as an arrangement of Tsunangari by Sato and Moskito by Doss.

The competition was so close last night that the panel took over half an hour to come to a decision, but eventually A4 Brass Quartet were named the Section Final winners, and will join our other winners at the Gold Medal Final on 4 June at the Queen Elizabeth Hall. The Elias Fawcett prize for an outstanding ensemble was awarded to Ensemble Solaire.

Even though the Section Finals have now finished, we still have our Overseas Final on Thursday evening, starting at 7pm. Tickets can be bought here, or are available on the door.