Austentatious and the Austen 7 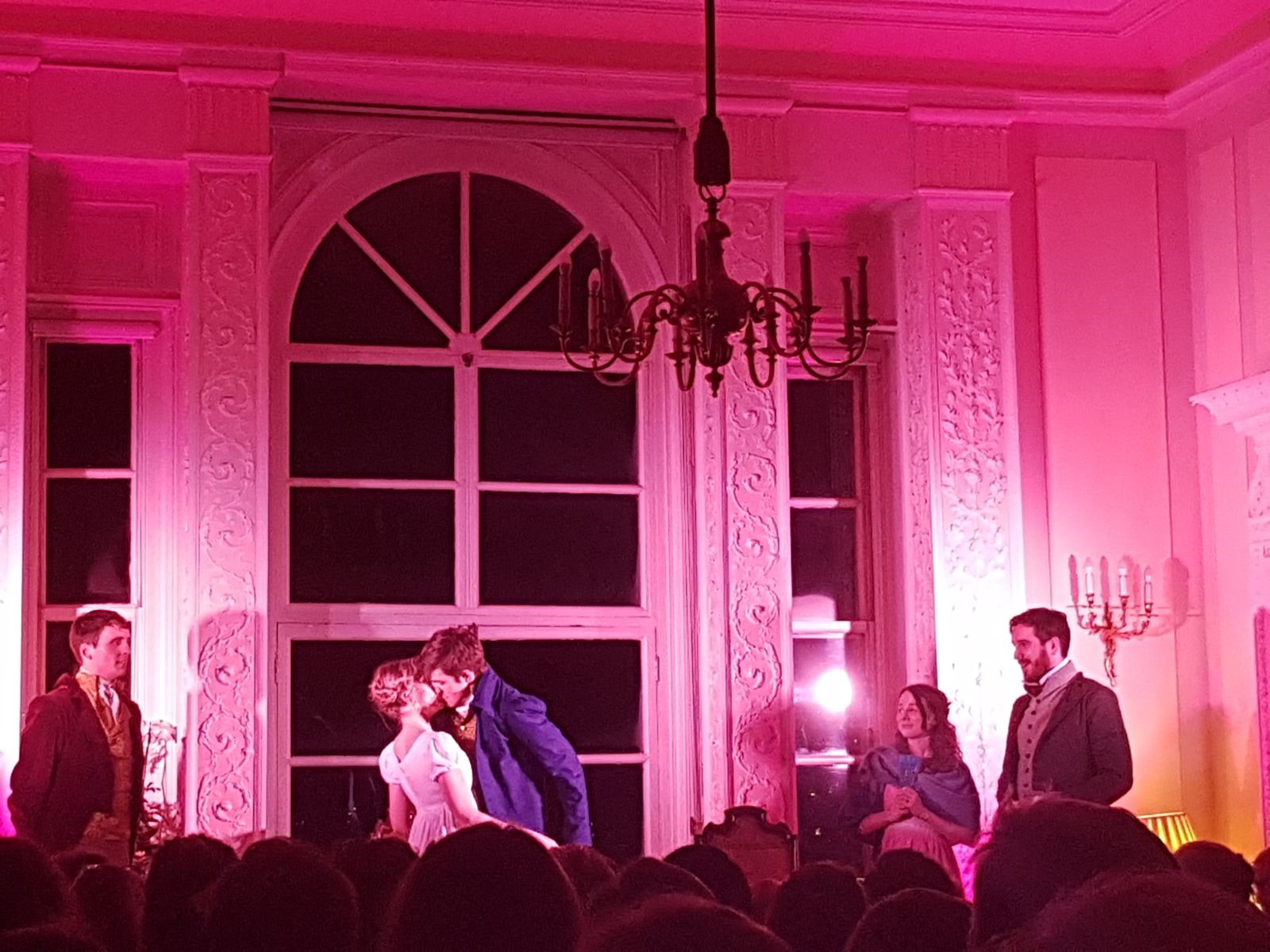 Members packed themselves into our beautiful Georgian Drawing Room on Friday night for a spectacular one-off performance from award-winning improv troupe, Austentatious. Taking time out from their busy West End schedule, Austentatious reduced the crowd to side-splitting laughter within minutes with Austen 7.

“It is a truth universally acknowledged that Jane Austen only wrote six novels during her life time. That is a lie. Recently, us academics have discovered she wrote over 900 complete works during her lifetime,” Austentatious’ very own specialist in Jane Austen informs us solemnly. “Tonight we shall, for the first time ever, be bringing one of these forgotten works to life.”

Before the performance started, guests were encouraged to write down their title suggestions, one of which would be picked from a hat at the start of the performance. There were many great suggestions which we were unfortunately unable to perform such as Mansplain Park and Gentle and Gentility – “A work where Jane refused to use any pointy letters. It was just a bunch of ‘ooo’s’.” The winning title was Austen 7. 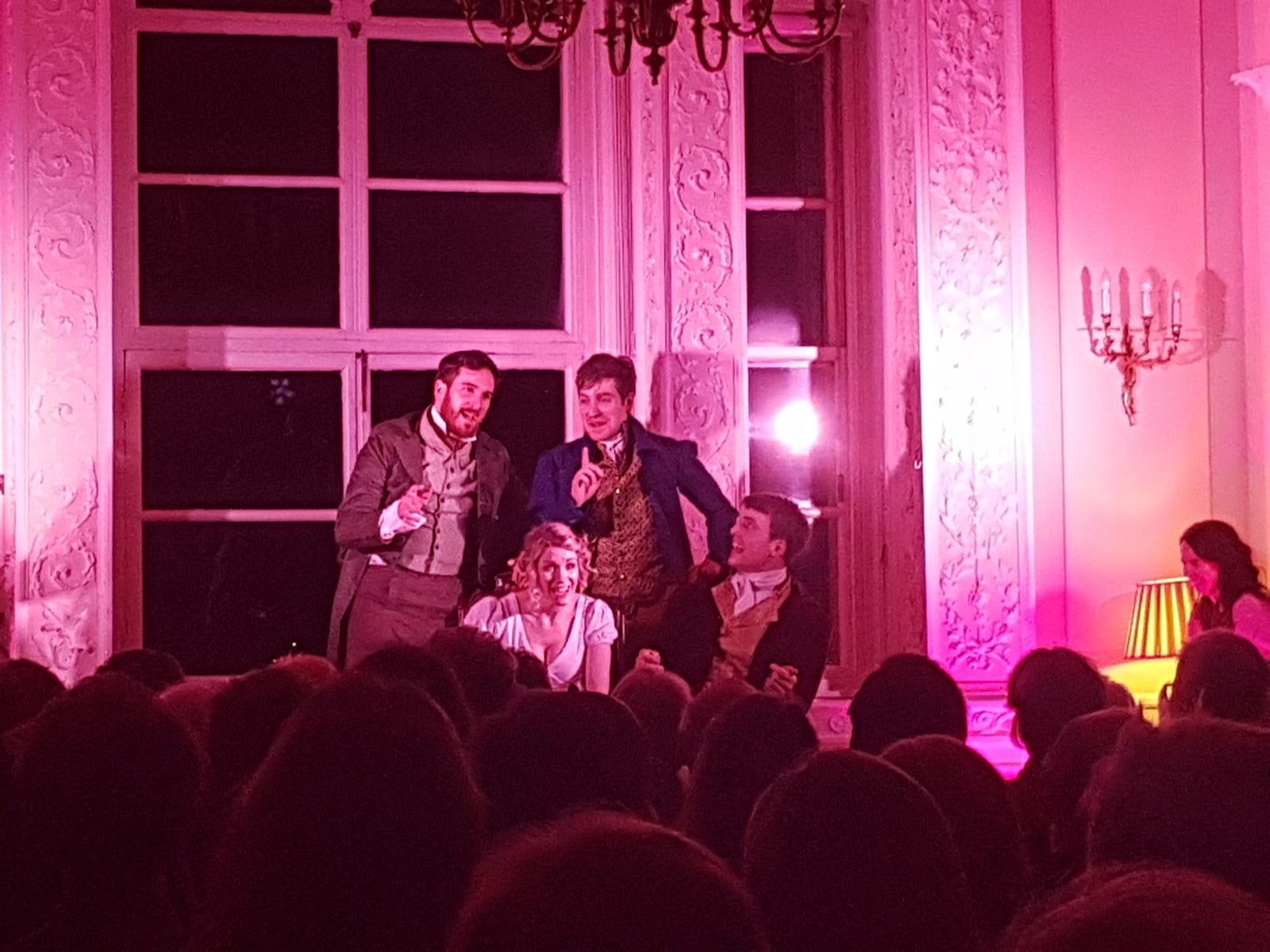 The cast, which included Cariad Lloyd, Rachel Parris, Daniel Nil Roberts, Joseph Morpurgo, and Graham Dickson, took us seamlessly through this hilarious comedy about the recently divorced and rather robust Mr Baxter’s midlife crisis as he navigates the new dating scene, dressed in horrendous leather pants and, of course, purchases the sublime Austen 7 carriage. Our hero falls helplessly in love with the young Jemima Winthrope at the Winthrope Ball, thrown by her father and granny in the hopes of finding her an eligible bachelor.

Unfortunately, due to several circumstances (definitely not relating to the fact Mr Baxter needs to be lubricated with butter in order to exit and enter his new eccentric carriage) the naïve Jemima finds her attentions wandering instead to Mr Thomas Niceboy. Famed for having given up his fortune, living on a barge in east London and sewing his own clothes out of hemp, the young Jemima cannot help but fall for the millennial playboy.

Heartbroken, Mr Baxter retreats to his wealthy estate and begins to wallow in self-pity. It is revealed through conversations between his servants that Niceboy stole away Mrs Baxter, and then left her penniless in London. Ashamed, Mrs Baxter spurned our hero’s help and the two divorced much to his dismay. Mr Baxter pines away in the beautiful Austen 7 when Mr Winthrope arrives in distress asking for his help – Jemima has run away to London with the good-for-nothing-Niceboy. 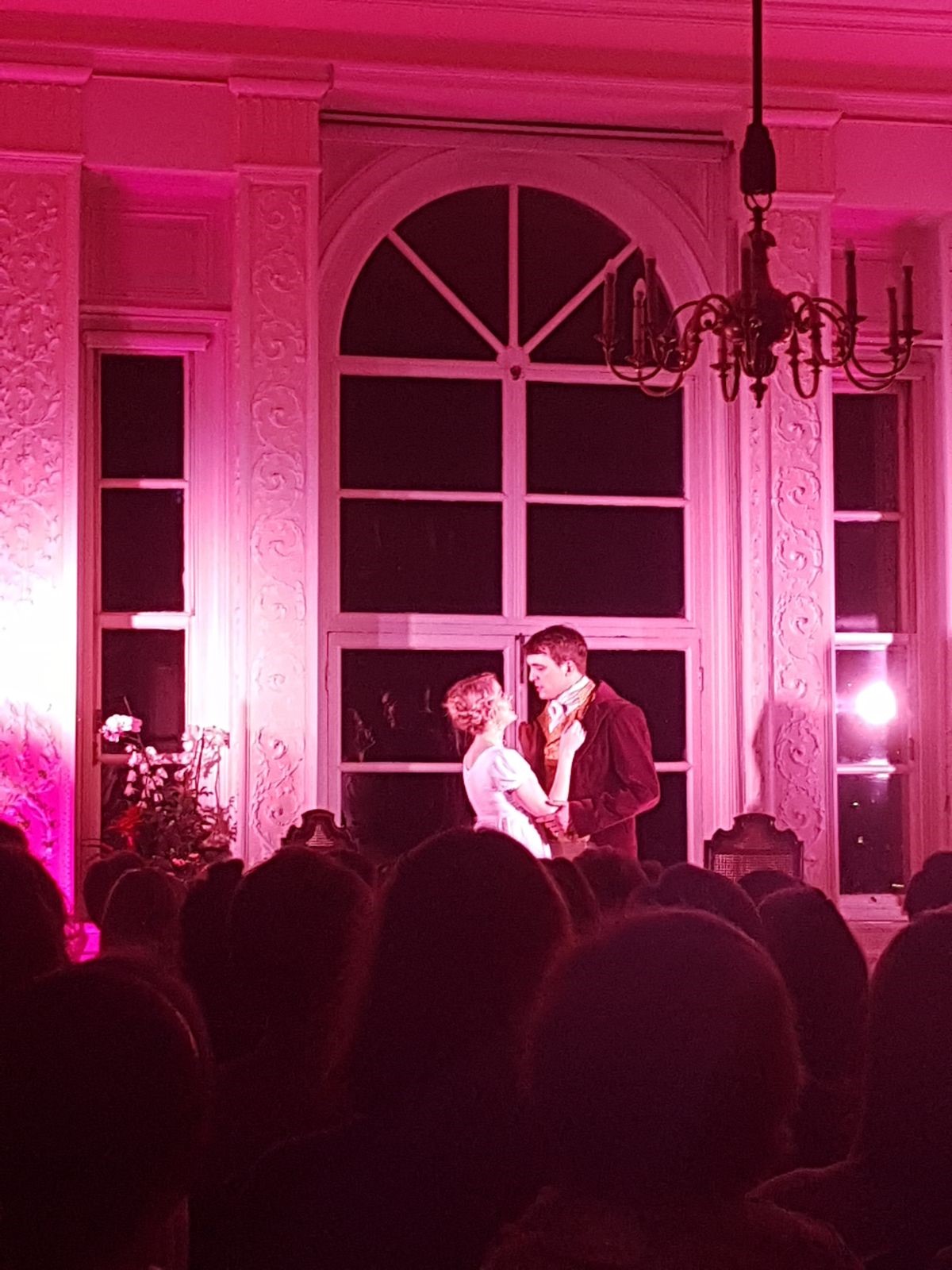 What ensues next is a high speed chase for the ages, where Mr Baxter reveals the Austen 7’s special feature – aside from the tinted windows and sun roof – the turbo boost. Finally the pair catch up with the runaways and the truth about Niceboy is revealed. Jemima admits she might have rushed to a judgement about Mr Baxter and agrees to marry him. All is well.

We would like to extend our thanks to both the cast and the audience for making the evening so much fun and are glad to see so many of you wish for the group to return in the future. If you cannot wait until then, we recommend you try and catch the group during their tour across the UK, dates for which can be found here. http://www.austentatiousimpro.com/shows/