From the Archives: The Channel Tunnel

2019 will mark the 25th anniversary of the opening of the Channel Tunnel between Britain and France to passenger services. Construction of the 23.5 mile tunnel (or tunnels) began in 1988 and was completed in May 1994, costing about £9 billion. Its completion marked the end of a nearly two-hundred year dream to connect Britain with the continent.

The first idea to create a fixed Channel crossing date as far back as 1802 and our very own Overseas magazine even covered it on several occasions, many decades before it became a reality.

First in 1929, our founder, Sir Evelyn Wrench, wrote the following article on the possibility of a Channel Tunnel, bemoaning the lack of progress that had been made on the project. Little did he know how much longer it would take to finally come to fruition. 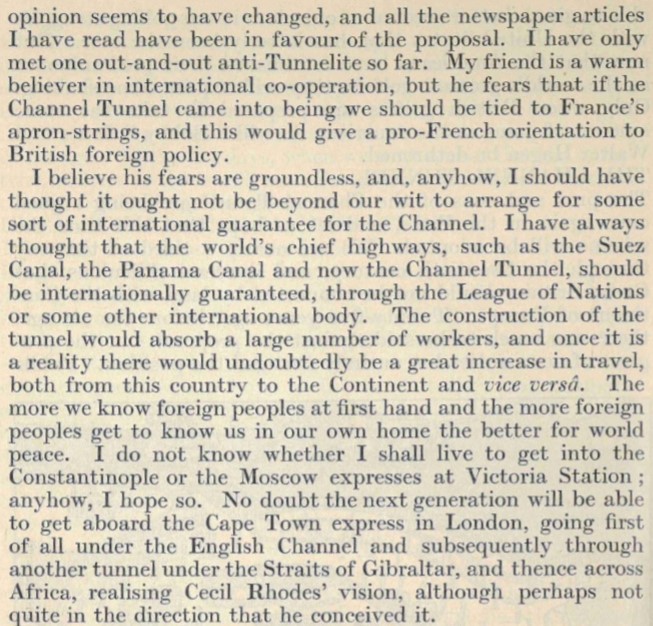 Twenty years later, in 1949, it was George Edinger who once again brought up the topic and argued it was a worthy project, despite post-war austerity. 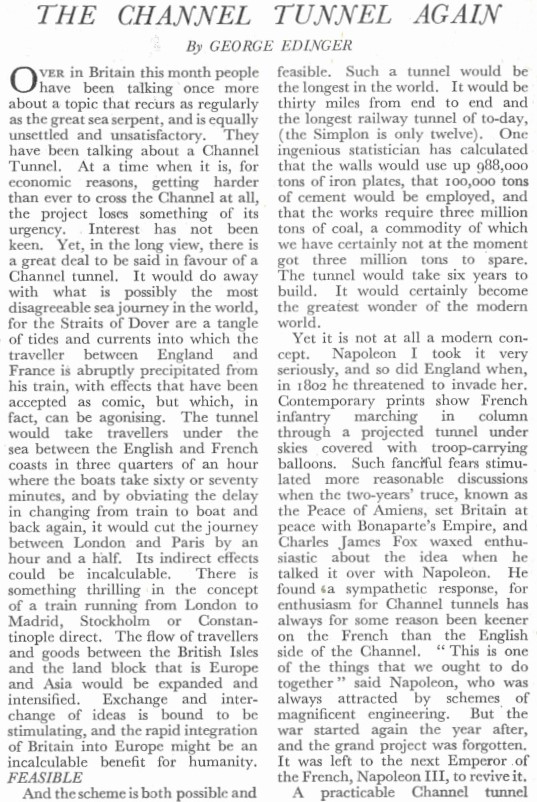 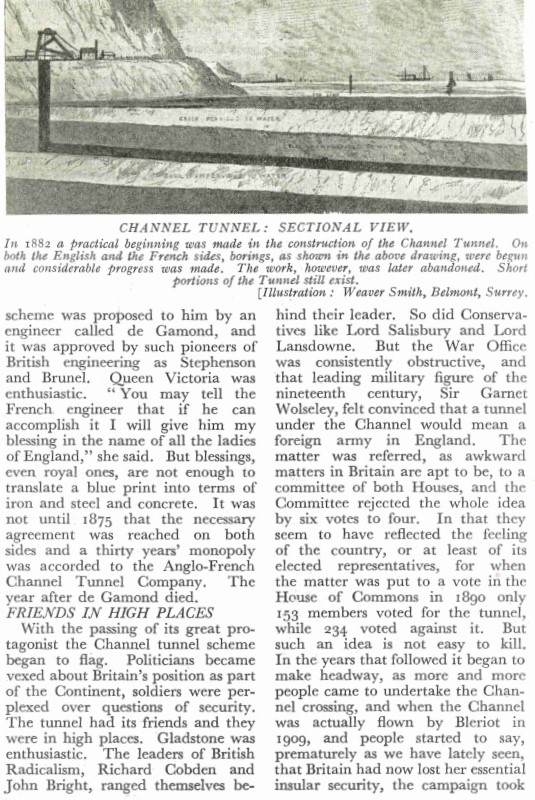 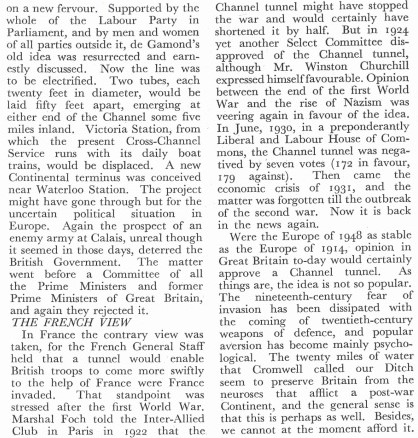 As with many of the world's great engineering feats, progress can be slow, but it seems efforts in this case were exceptionally so!