Today in history: RAF Regiment opens its doors to women 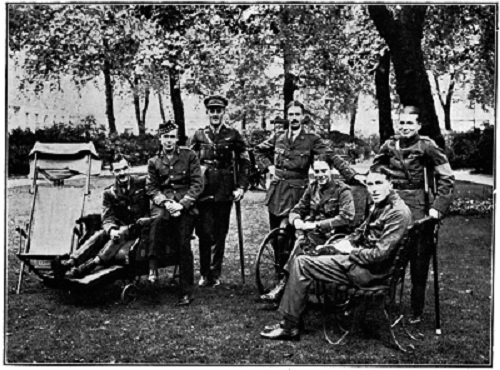 Today marks a proud moment in the RAF’s history as they officially open all roles of the RAF Regiment to women. The Regiment is the Air Force’s ground fighting force, protecting RAF bases, aircraft and equipment at home and abroad. This means women can now apply for the positions of RAF Gunner and Officer.

On 13 July earlier this year, speaking at the annual RAF Air Power Conference in London, Sir Michael Fallon announced that the RAF were set to open up close combat roles to women ahead of the scheduled opening at the end of 2018. The sudden acceleration in the plans came about due to a review of work practices. The review concluded that the Regiment was closer to the Royal Armoured Corps, which is already admitting women into their training ranks, in terms of risk and so the RAF concluded that to delay the opening of the position any longer was unwarranted.

“The RAF is committed to providing equal opportunity to all, so it’s fantastic to be able to open recruitment to the RAF Regiment to women ahead of schedule. We want the best and most talented individuals to join the Air Force, regardless of their gender, race, or background. A diverse force is a more effective force, and we need the best people to deliver the important work we do, be it defeating Daesh in Iraq and Syria, or protecting Britain’s skies.”

The club has had a long history with the RAF. Our founder Sir Evelyn Wrench become a Major in the Royal Flying Corps (who would officially become the RAF on 1 April 1918) during WWI and through our member’s efforts raised over £1 million for comforts for the troops, 350 aircrafts and supporting hospitals for the RFC at the cost of £30,000 a year.

The Overseas Aircraft Flotilla, as the fundraising scheme became known, was contributed to by members all over the world. Each branch which provided an aircraft had the vehicle named after their district. Within four months, six aircrafts had been presented, prompting letters of appreciation from the King and Lord Kitchener. Altogether, as a result of the Overseas Aircraft Flotilla initiated by Evelyn Wrench, 350 aeroplanes had been presented by 1918. A few of these were named Victoria, Nova Scotia, Hong Kong, The Springbok and A Devil Bird from Ceylon.

The ties between our female members and the RFC has been just as long. During a visit to the Royal Aircraft Factory at Farnborough in 1916, Lady Des Voeux was taken on a flight in the first plane donated to the RFC by the Over-Seas Club, making her one of the first women in England to fly in a military aircraft. Lady Des Voeux would become Lady Wrench in May 1937. Queen Alexandra, queen mother of the reigning King George V and patron of the Royal Over-Seas League became the patron of the Overseas Aircraft Flotilla and was extremely active in visiting the servicemen, volunteers and aircrafts during the war.

You can read more about the League’s efforts during the war ahead of the centenary here, or you can order one of our comprehensive history books here.