The celebrated interior designer talks to Eleanor Rucker Thompson about growing up in the time of partition, her approach to restoration work and why she considers it her responsibility to support less privileged women.

Growing up in India must have been a very different place compared to today. What was it that shaped your love of design, and inspired you to pursue it?

I was born in Lahore, which was then undivided India, at the time of our independence. My father decided to settle in Lucknow because he had visited as a student, and he found that it approximated Lahore in terms of charm and grace. So they were refugees from across the border – they could settle anywhere – and just on that one college visit, my father decided on Lucknow. So that’s where I grew up. My father’s family is Rajput, they lived for four generations in Lahore, and my mother is actually a Hindu Balochi from Quetta. But I always feel that I belong to Lucknow. My father lost everything during Partition, as did many other people, but there was never any bitterness; they just got on with building a life again. He studied at Imperial College, London – he spoke beautiful Urdu and beautiful Persian – and he was always interested in buying things. So from age one I was going to sales and auctions. There were a lot of beautiful things from 19th century there, wonderful Osler chandeliers and Wright and Butler lamps. So that is what fuelled my interest in design. Mine is an unplanned profession in any case, because I read literature, but I feel I could never have been a designer had I not done that. I’m just finishing an article on Sir Edwin Lutyens (which will come out in ELLE Decor next month); I’m considered the Lutyens expert in India, because I have had the opportunity of designing his greatest works, the Viceroy’s House (now Rashtrapati Bhavan). 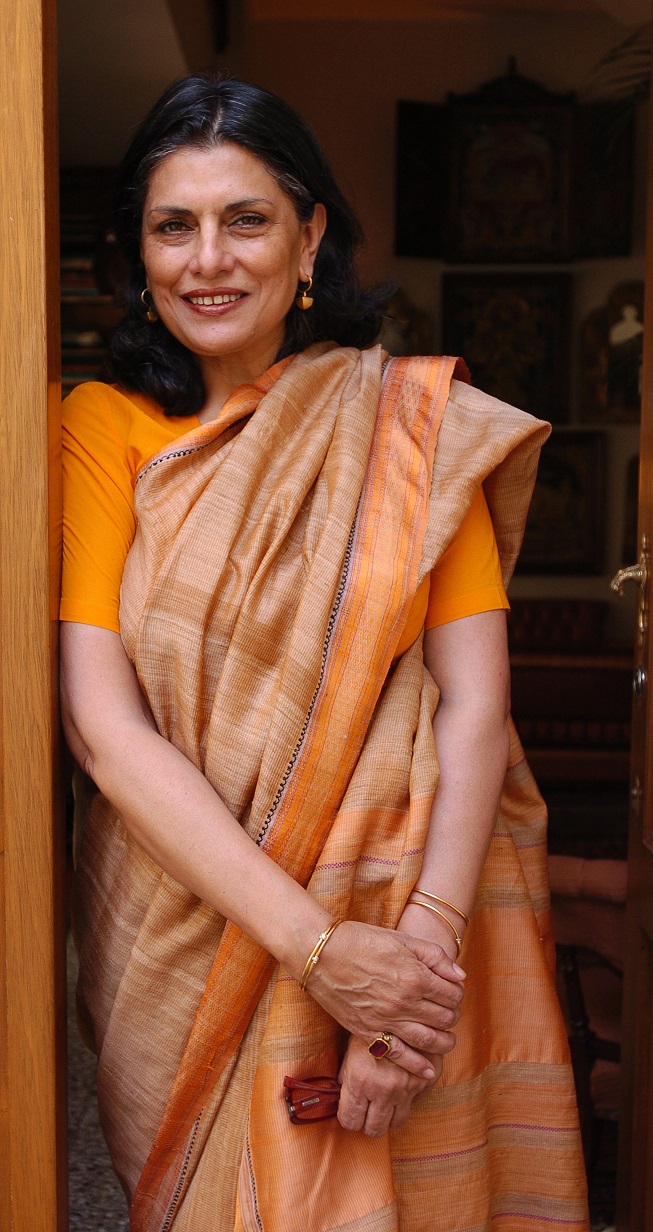 Could you tell me a bit about your process – how do you go about planning a restoration of a building, and what practicalities do you address first?

I think it’s important to understand the difference between restoration and design. Restoration is when you follow the concept of the original architect, and you hope that in two years’ time nobody will even know that a designer or an architect had intervened. I always look at what needs to be restored first; the building, the rooms, the museum, the fort. (I’ve done a lot of restoration work which is non-British too). Then I’m very research-based; I might use one thousandth of what I’ve read and seen, but I must do it, and I must travel to the places. For instance, doing research into British architecture in New Delhi is much simpler because the Royal Institute of British Architects has all the drawings, all the materials. The tough one was when I designed – not restored – the Parliament building in Bhutan for (then) His Majesty, because there was no material available. (But I heard that at the V&A they had a huge exhibition of Buddhist art and I went dashing for the weekend to London just to have a look at it. But they covered every single country, except Bhutan, because it was too small!). So the research is into the actual architecture. Then for my own working I make out a directory of all the crafts that have been used, and then try and find the master craftsman and master weavers...

To read the rest of the article, turn to page 22 of the latest edition of Overseas, or access the journal online by clicking here.