ROSL members from the British Columbia branch came together to celebrate the 20th Anniversary of the Chan Centre for the Performing Arts on Saturday 8 April.

The University of British Columbia's School of Music performed Mozart's Requiem and Dr. Stephen Chatman's A Song of Joys to mark the anniversary, conducted by Graeme Langager and Jonathan Girard. Watch the entire performance, featuring ROSL laureate Kristin Cooke on principal oboe below. 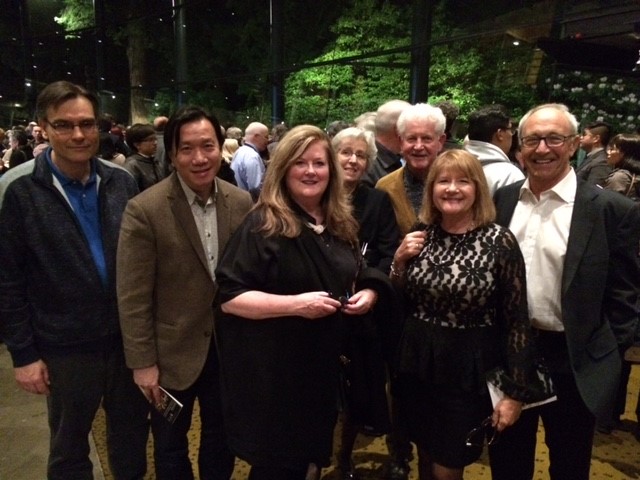 Liz Murray (BC Branch President) with ROSL members and guests at the concert. To find out more about the British Columbia branch's commitment to nurturing young talent, look out for the next edition of the Overseas journal, which includes information on their scholarship programme.
fShare
Tweet