Violinist Ionel Manciu has been appointed as the new first concertmaster of the Netherlands Philharmonic Orchestra. He will make his appearance in this new position this weekend during the orchestra's concerts in the Concertgebouw under the direction of former chief conductor Hartmut Haenchen.

We are delighted for Ionel, and look forward to following his career closely. 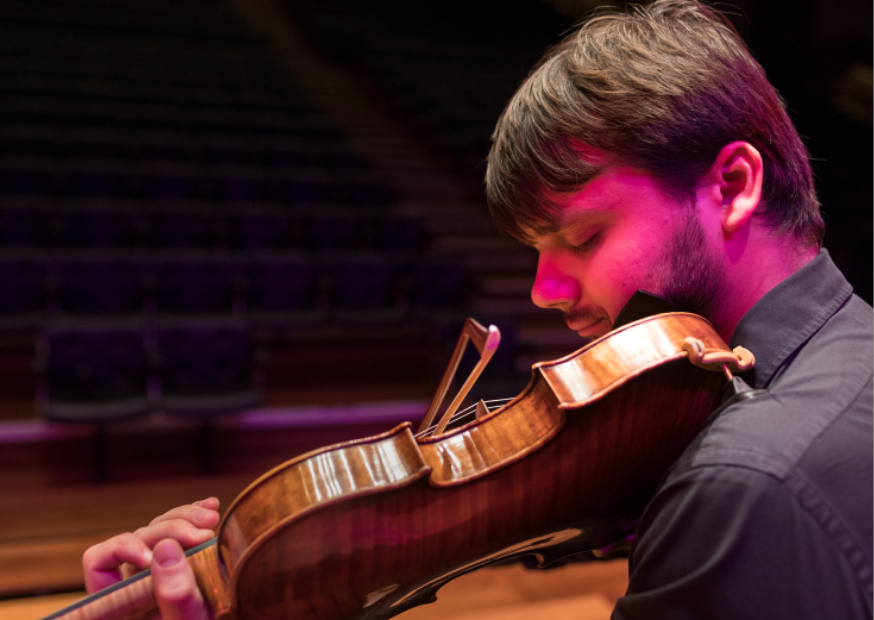 Ionel Manciu is a much sought-after chamber musician and works as guest concertmaster with renowned orchestras and conductors all over the world. Recent highlights include a concert at Carnegie Hall as part of the Guildhall Artists in New York series, a performance of Shostakoch's Violin Concerto No. 1 at Barbican Hall and a recital of all six Solo Sonatas by Ysaÿe at the 1901 Arts Club in London . As part of the Mithras Piano Trio, he has won the Trondheim International Chamber Music Competition, the Royal Over-Seas League Competition and the Cavatina Trust Chamber Music Competition, among others. Manciu plays a Gagliano violin on loan from the Tompkins Tate Musical Instrument Trust.

ROSL celebrated an international opening on Tuesday night at Atelier Academy in Kigali, Rwanda as guests of the Commonwealth Business Forum (CBF) enjoyed an exhibition of Royal Over-Seas League Photography Competition entries from 2021 and 2019, presented as a part of Rwanda Fashion Week during CHOGM2022.