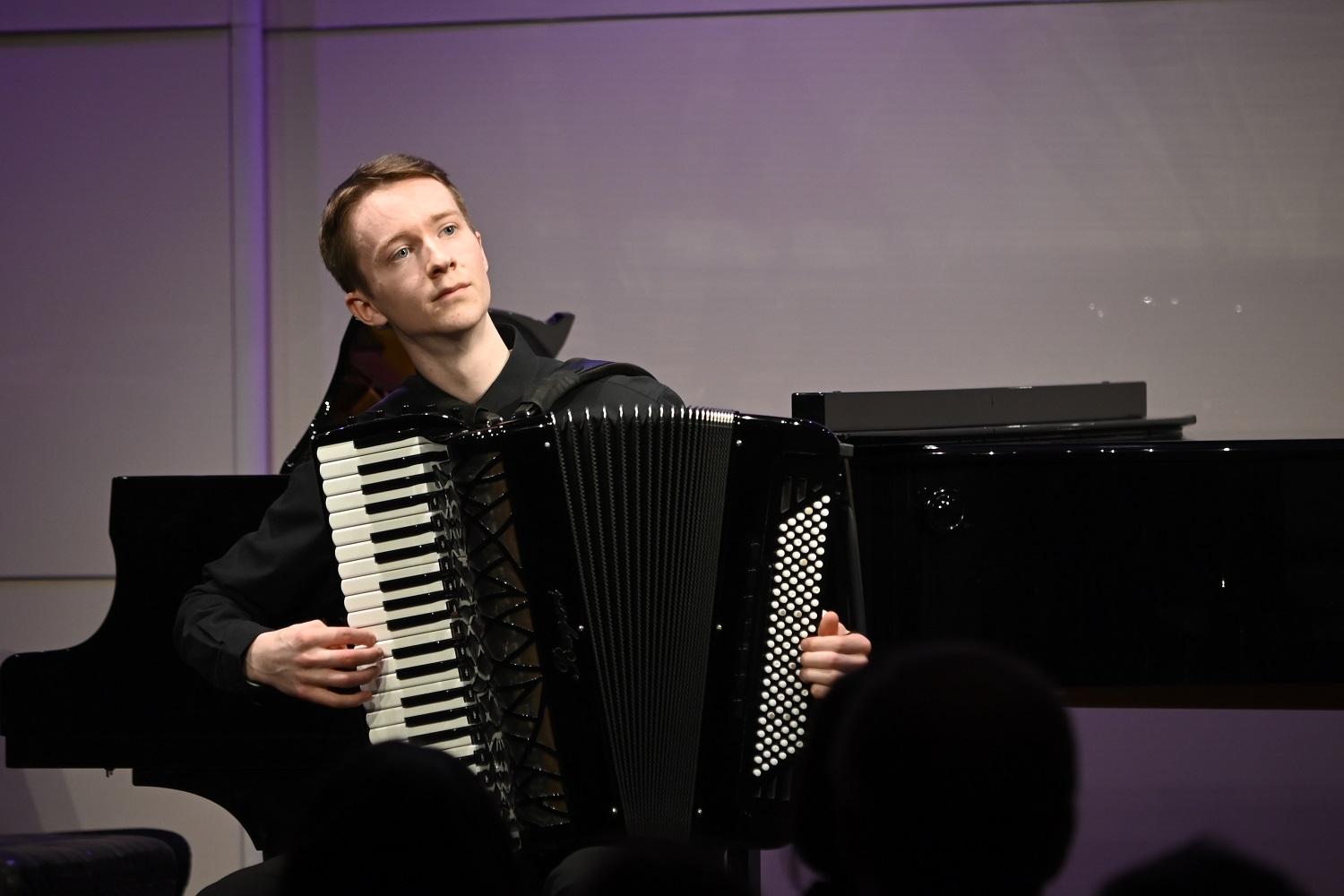 One of four soloists competing for the top prize, the audience and esteemed industry panel of adjudicators were treated to an exceptional display of skill and musicianship from all the competitors.

After a short introduction from ROSL Chairman Alexander Downer AC, the first of the evening's soloists, cellist Matthias Balzat, took to the stage accompanied by Kumi Matsuo piano. Each performer had just 15 or 16 minutes to wow the judges, so choosing the right repertoire to show off your skills was essential. Matthias chose works by Prokofiev and Ginastera to do just that.

Next up, accordionist Ryan Corbett used his time on stage to play a programme of Scarlatti, F. Angelis and V. Semyonov. Each of tonight's finalists had won their respective Section Finals earlier in the competition and secured £5,000 in prize money each. To get to this stage, they have all made it through the initial video round, a semi-final and section final.

There was no let up in pace as soprano Milly Forrest was the next to take centre stage, accompanied by Hamish Brown piano. Her programme included works by Cecillia McDowall, Humperdinck, Dvořák and Handel.

Last, but by no means least, Marie Sato flute, accompanied by Kumi Matsuo piano, brought the soloists' performances to a close with works by Hüe, J.S. Bach and Liebermann.

Now it was the turn of the judges to get to work, as they retired during the 20 minute interval to consider the high calibre of performers they had witnessed and decide who would walk away with the gold medal. Meanwhile, the performers and audience mingled with champagne in hand and discussed the evening so far.

After the interval, the two returning Ensemble Section Final winners, winners of £10,000 apiece, returned to delight the audience and round out an evening of incredible music making. First up, the Strings Section Final winners Echéa Quartet played a movement from Beethoven's String Quartet No. 15 in A Minor, Op. 132, followed by Mixed Ensembles winners the Mikeleiz-Zucchi Duo, who played a piece from Piazzolla's Histoire du Tango (History of the Tango).

Now was the moment we had all been waiting for...the panel of adjudicators took to the stage, made up of Lorna Aizlewood, Geoff Parkin, Njabulo Madlala, Peter Manning, Sophia Rahman, and Helen Sprott, to announce Ryan Corbett as the winner. A huge congratulations! 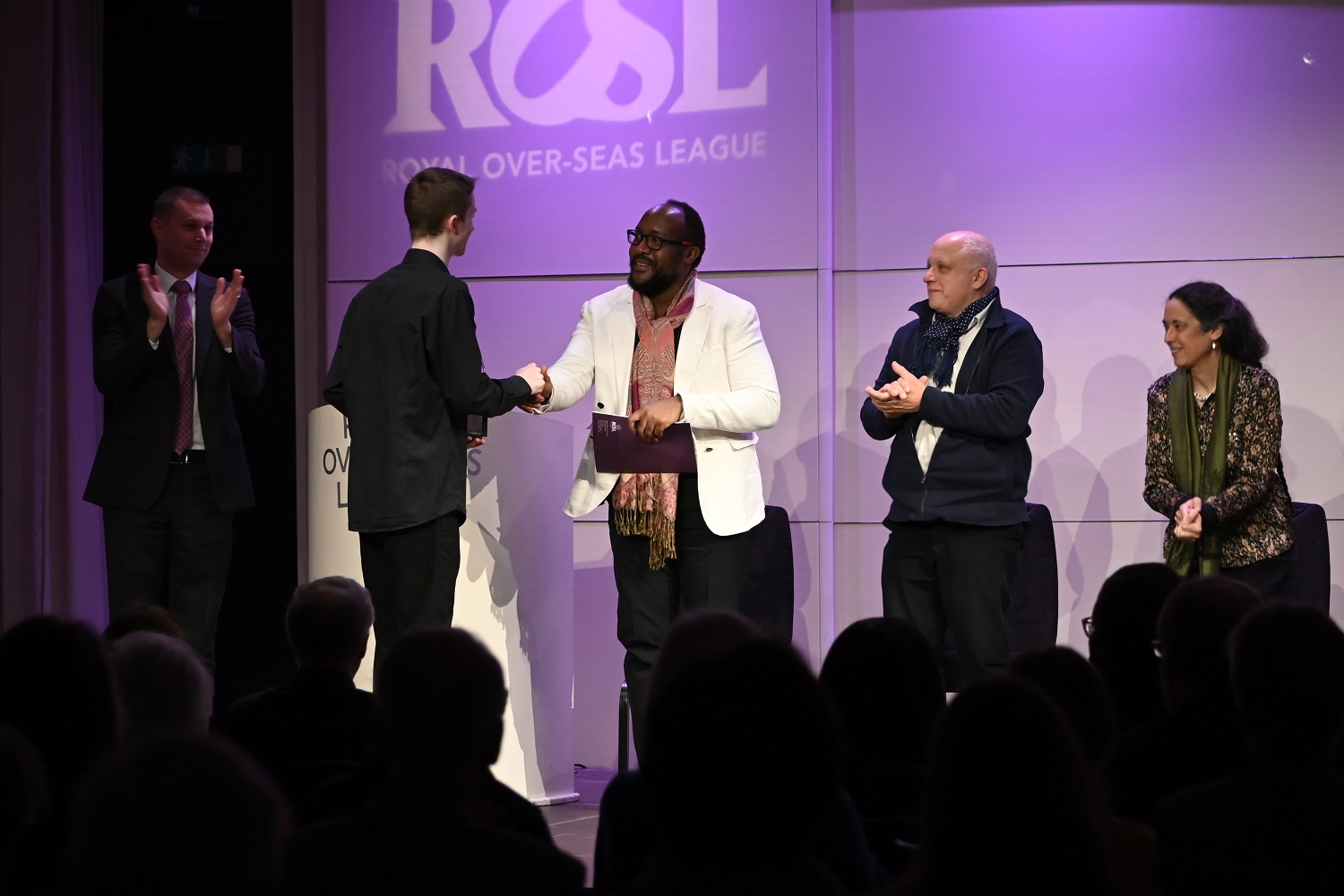 Currently studying at the Royal Conservatoire of Scotland, Ryan has performed solo concerts at the Berlin Philharmonie, Jesus-Christus-Kirche Dahlem, University of Glasgow, Perth Concert Hall, Edinburgh Festival and Edinbach Festival. He is the first accordionist to reach the Gold Medal Final since 1997 and only the second to win in the competition’s 69-year history, the first since David Preston in 1993.

Look out on ROSL's YouTube Channel for the full evening's performances, and it won't be long until you hear from Ryan again. He will be appearing on BBC Radio 3's InTune today alongside ROSL Artistic Director. The March 2022 issue of Overseas will also feature an interview with Ryan, along with several other articles celebrating 70 years of the Annual Music Competition.

It's also just a few short months until we return for the 2022 competition gets underway on Tuesday 15 February. Get your tickets here.