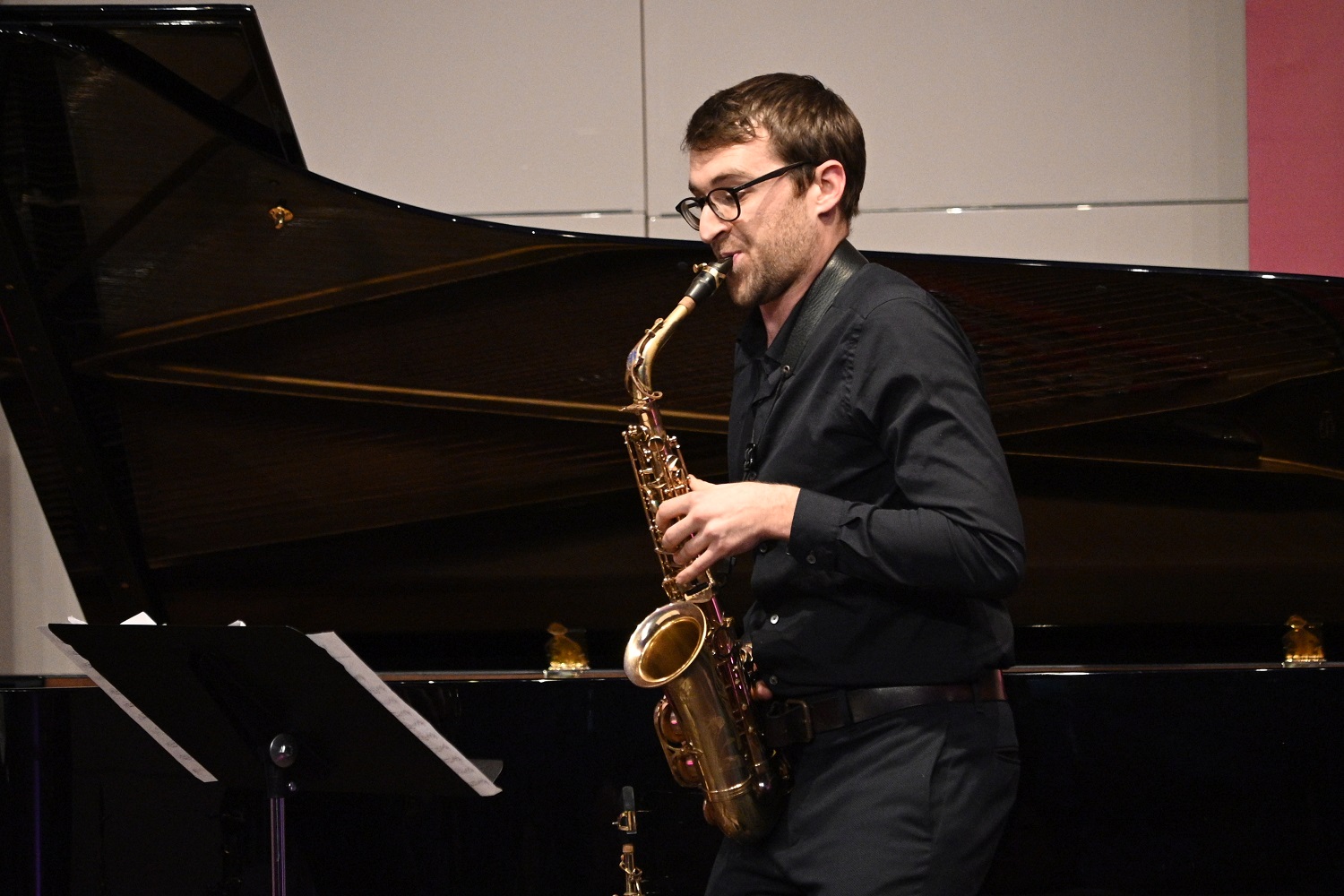 Last night saw the penultimate evening of this year's Annual Music Competition before the Gold Medal Final on 24 November, with the best musicians from outside of the UK returning to compete for the Overseas Prize.

Irish cellist Killian White was the first to take to the Princess Alexandra Hall stage, accompanied by Peter Regan piano, for a programme of Boccherini and Debussy.

After the interval, it was the turn of Canadian saxophonist David Zucchi, fresh from his win last week in the Mixed Ensembles round as part of the Mikeleiz-Zucchi Duo. Alongside pianist Kumi Matsuo, he performed a programme of Maurice and Piazolla.

Now it was the turn of the adjudicators panel, made up of Sarah Bruce, Geoff Parkin, Helen Sherman and Emily Sun, to put in the work and decide who would walk away with the £3,000 Overseas Prize.

The Lorna Viol Memorial Prize and ROSL Trophy for the most Outstanding Musician from Overseas was chosen as David Zucchi! That makes it two weeks of success in a row for David!

Such was the quality on display, The Tait Memorial Prize and Scholarship for an Outstanding New Zealand Musician was also awarded to soprano Sophie Sparrow, and the Phillip Crawshaw Memorial Prize for an Oustanding Musician from Overseas went to Killian White. Winners all round!

Based in London, David enjoys a varied career as a performer of classical, contemporary, experimental, and improvised music, collaborating regularly across the UK, Europe, and Canada. He is a graduate of the Royal College of Music’s Masters and Artist Diploma programmes, where he studied with Kyle Horch as an Edward and Helen Hague Scholar.

Catch him again at the Gold Medal Final on 24 November, where he will perform as one half of the Mikeleiz-Zucchi Duo.