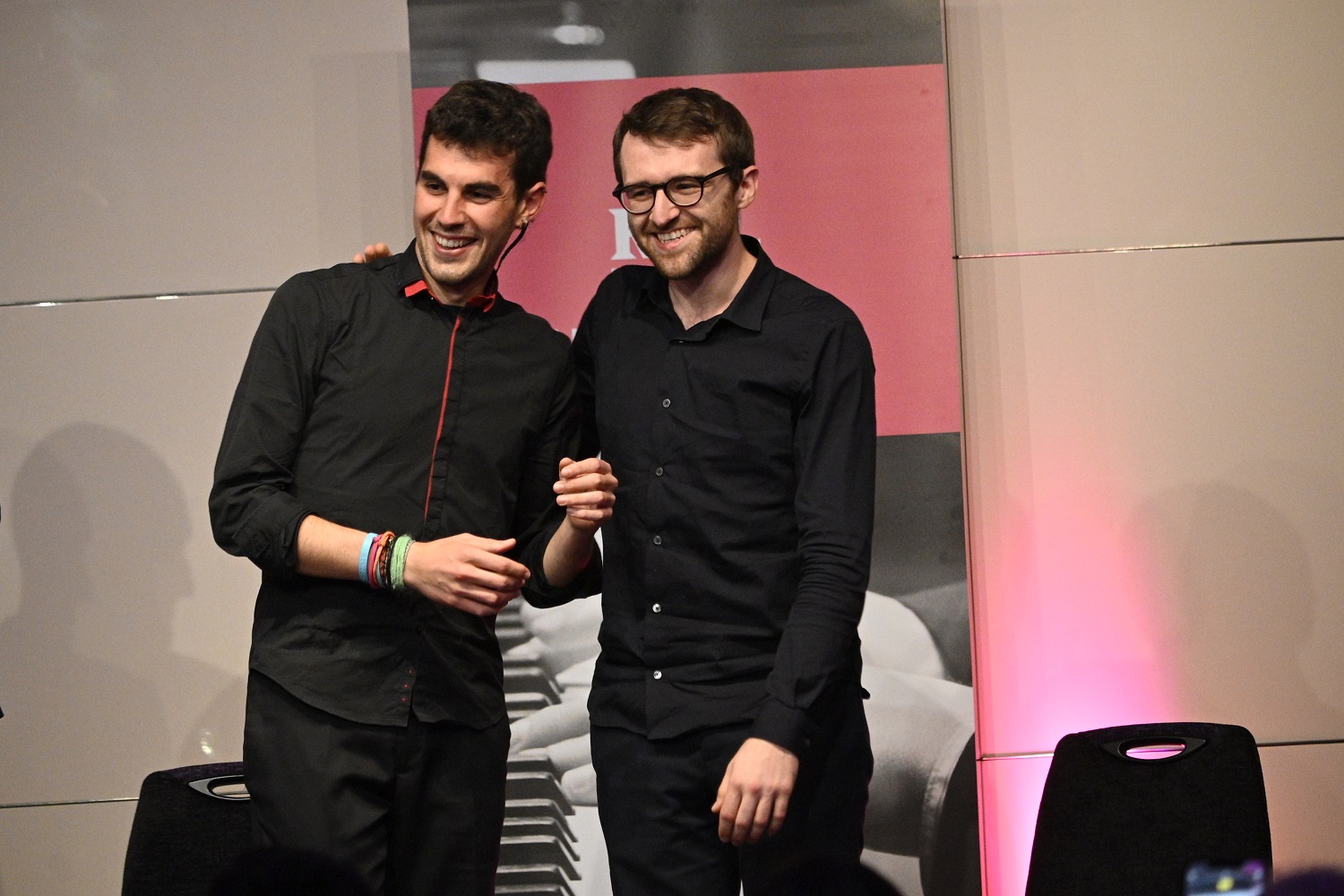 To get the evening off to a flying start, the six-piece Lyrus Winds treated the assembled audiene and panel of adjudicators to a programme of Poulenc, Ligeti, Thuille and Piazzolla.

They were followed on to the Princess Alexandra Hall stage by the saxophone/accordion Mikeleiz-Zucchi Duo, who chose works by M. Majkusiak and Piazzolla to keep the level extremely high.

After the interval, it was the turn of the Levanto Ensemble, who's chosen pieces included works by S. Klaverdal, Farkas, Kummer and de Lorenzo.

To round out the performances, Connaught Brass played four movements from Die Dreigroschenoper (The Threepenny Opera) by Weill.

In the end, the adjudication panel, made up of Sue Dent, Gavin Henderson CBE, Geoff Parkin and Huw Wiggin, chose the exceptional Mikeleiz-Zucchi Duo as their winners, who take home the £10,000 prize. Congratulations!

Made up of Canadian David Zucchi saxophone and Spanish Iñigo Mikeleiz-Berrade accordion, the duo formed in 2019 and have performed at some of London's most prestigious venues.

Catch them again at the Gold Medal Final on 24 November and don't forget this year's AMC section finals round out with the Overseas Prize next Tuesday 26 October.