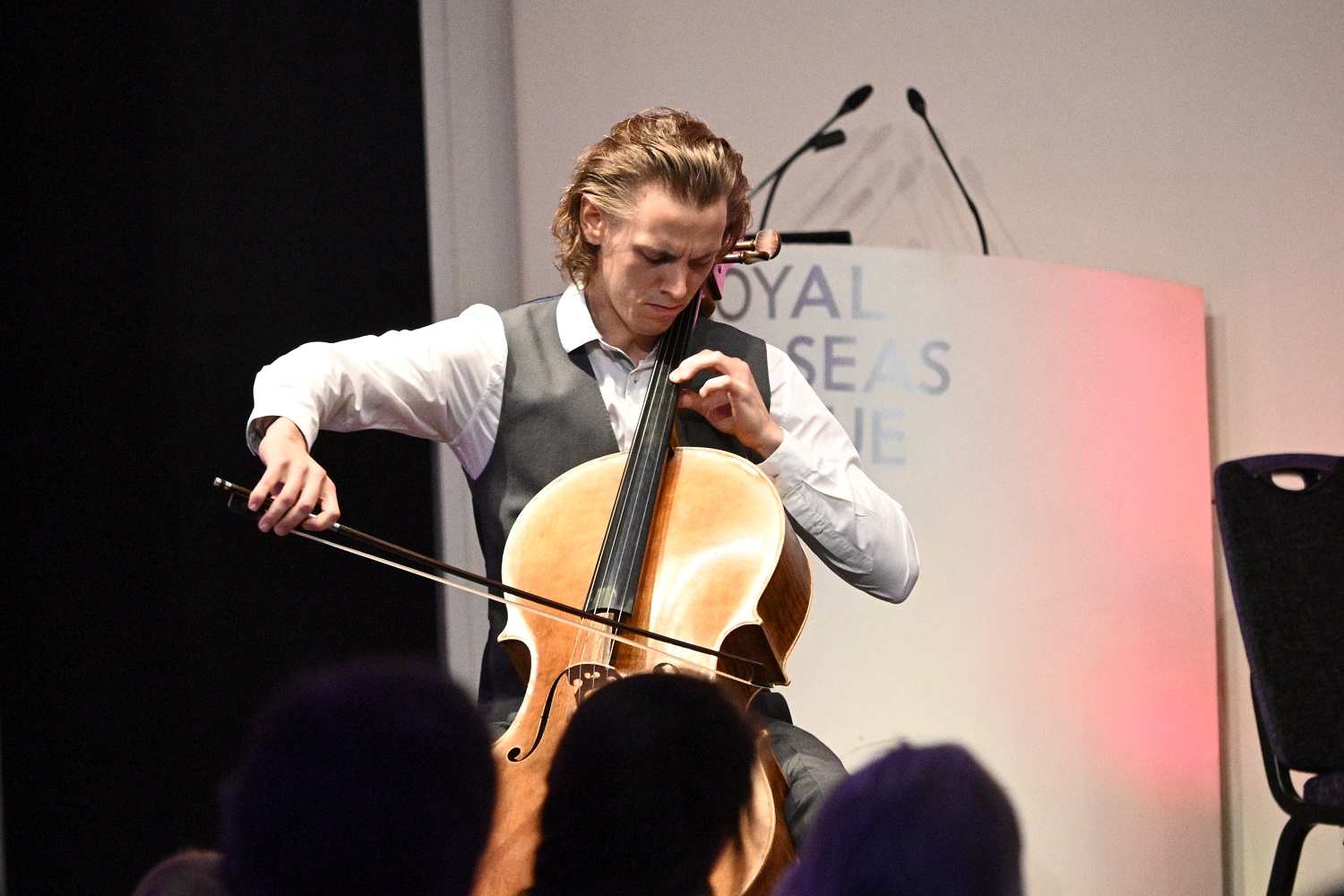 Last night's Strings Section Final was the last chance this year for our talented soloist competitors to make it through to the AMC Gold Medal Final, and the four musicians competing didn't disappoint!

First up to entertain the audience and the adjudication panel of Leon Bosch, Alice Neary, Geoff Parkin and Emily Sun, was Elodie Chouser-Howelles violin, accompanied by Stella Marie Lorenz piano. Her programme of Biber, Clarke and Wynton Marsalis set the bar high for the remaining three competitors.

Next up, Matthias Balzat cello alongside pianist Kumi Matsuo wowed those inside Princess Alexandra Hall with works by Schumann, Paganini and Ginastera.

After the interval, it was the turn of guitarist Jack Hancher, who played a programme of Dowland and Britten. Last but by no means least, cellist Ben Tarlton rounded out the evening with Poulenc, Chopin and Bartok, accompanied by Ayaka Shigeno piano.

As the adjudicators retired to deliberate, the audience discussed the extremely high level of musicianship they had just seen over a glass of win.

In the end, it was New Zealand cellist Matthias Balzat who took home the £5,000 Strings Prize and booked his place in the Gold Medal Final. Such was the quality on display, Elodie Chousmer-Howelles was also awarded the £1,000 Len Lickorish Memorial Prize for a String Player of Promise. Congratulations to both musicians!

Next up, it's the turn of the ensembles.