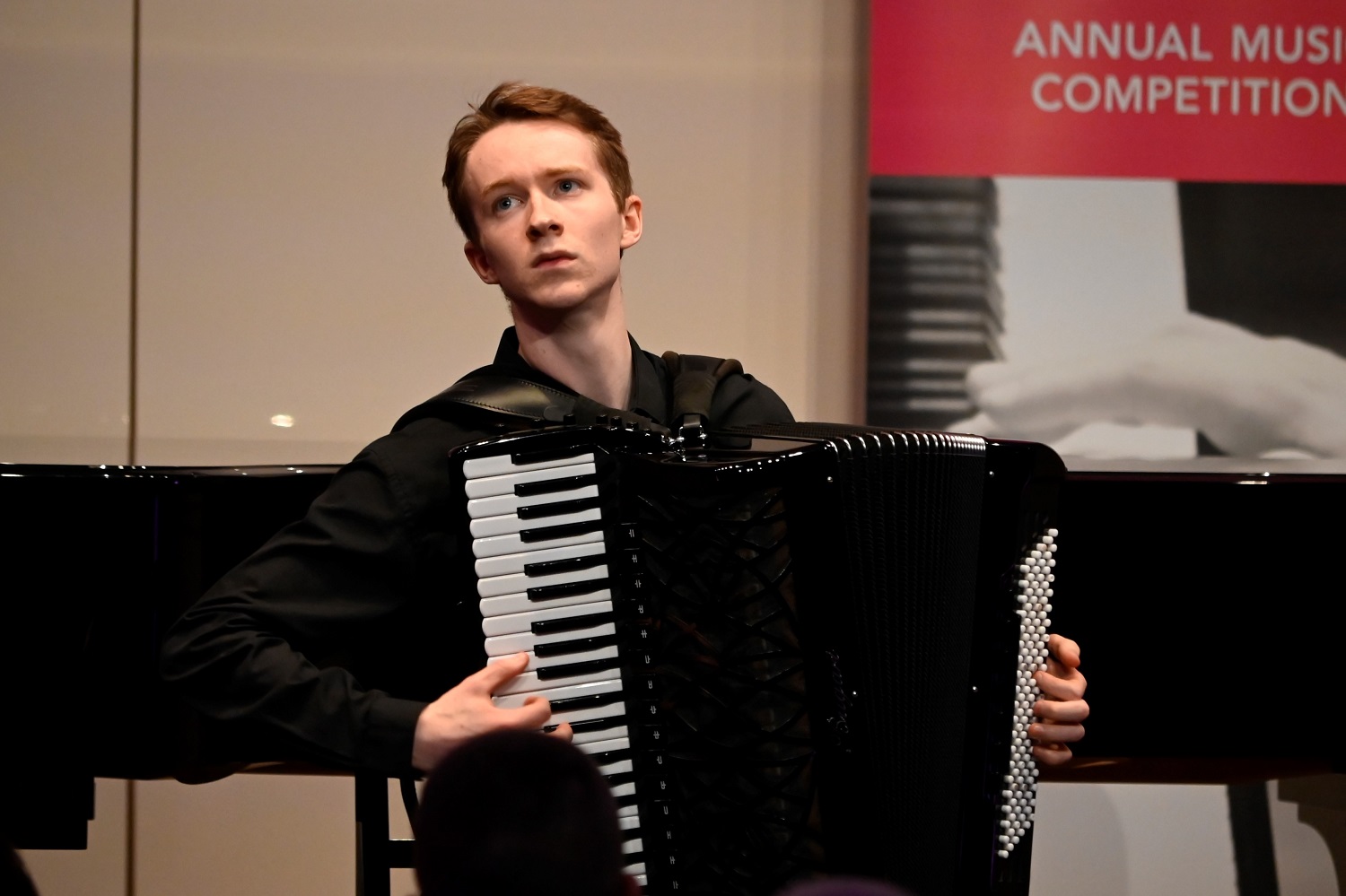 Three pianists and an accordionist made the evening a delight for the audience and adjudicators alike. First up, Hong Kong's Alexander Lau piano performed works by Debussy and Liszt, to get the evening off to a flying start.

Next to take to the stage, British pianist George Harliono chose works by Ravel and Liszt to guide us to halfway point of the night. After the interval, it was the turn of Scottish accordionist Ryan Corbett, who's programme included Liszt, F. Angelis, and V.Semyonov.

To round out the evening, British-Korean pianist Jinah Shim chose works by Debussy, and, you guessed it, Liszt once again!

While the adjudication panel of Alexandra Dariescu, Geoff Parkin, Sophia Rahman and Martin Roscoe retired to consider their verdict, the audience discussed their highlights from the evening over wine.

In the end, it was Ryan Corbett who took home the ROSL Keyboard Prize, £5,000 in prize money and a coveted spot in the Gold Medal Final. Such was the quality on display, Jinah Shim was also awarded the £1,000 Kerr Memorial Prize. Congratulations!

Ryan becomes the first accordionist to reach the final since 1997, can he go on to replicate David Preston's triumph in 1993 and become only the second accordionist to claim the AMC Gold Medal in its 69 year history?

Find out by attending the AMC, get your tickets below: