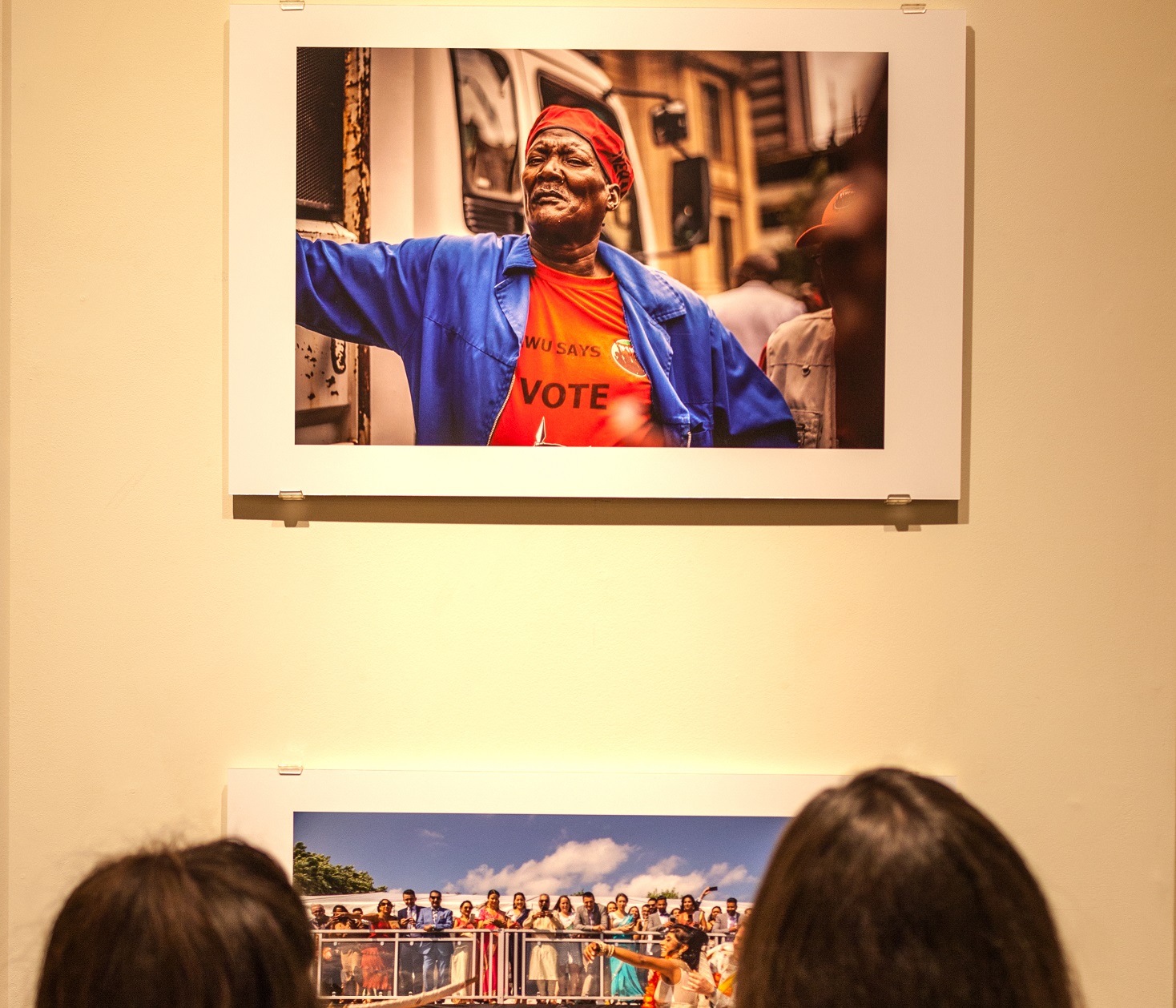 Meet the judges below and enter your photograph at www.rosl.org.uk/photography

Sunil Gupta (b. New Delhi 1953) MA (Royal College of Art) PhD (University of Westminster) has been involved with independent photography as a critical practice for many years focusing on race, migration and queer issues.In the 1980s, Gupta constructed documentary images of gay men in architectural spaces in Delhi, his Exiles series. The images and texts describe the conditions for gay men in India at the times. Gupta’s recent series Mr. Malhotra’s Party updates this theme during a time in which queer identities are more open and also reside in virtual space on the internet and in private parties. His early documentary series Christopher Street was shot in the mid-1970s as Gupta studied under Lisette Model at the New School for Social Research and became interested in the idea of gay public space. A retrospective was shown at The Photographers’ Gallery, London (2020/21) and will tour to the Ryerson Image Center, Toronto 2021. He is a Professorial Fellow at UCA, Farnham. His work is in many public collections including Tokyo Museum of Photography, Philadelphia Museum of Art, Royal Ontario Museum, Tate and the Museum of Modern Art. His work is represented by Hales Gallery (New York, London), Stephen Bulger Gallery (Toronto) and Vadehra Art Gallery (New Delhi).

Rakesh is a visual artist who lives and works in London. In his practice he uses photography, video, sound and performance to explore themes of transition and identity. His research interests centre around the disruption of the viewer’s relationship with the photographic image. Exhibitions to date include The Taylor Wessing Photographic Portrait Prize at the National Portrait Gallery and Precious at the Royal Photographic Society. He lectures in Photography at the University of Westminster and also provides one-to-one tuition in Photography and Moving Image. Rakesh is co-founder of pic.london and a co-founder of the artist's group Image Assembly.

Over 20 years ago, and after several years of shooting and studying photography, Germaine started her own photographic agency, utilising her experience and deep knowledge of photography, production and the media world. Germaine Walker photographic agency nurtures and supports young and established image makers alike, with their artistic and commercial careers. They represent a number of talented and award-winning image makers and take great pride and satisfaction in the work produced while striving to achieve the most innovative and creative images whether they are for personal or commercial use. The agency works with stills and digital content and very often with a combination of both. Their artists regularly exhibit work at prestigious galleries in the UK, Europe and the USA, and commercial clients include magazines, direct clients, advertising, and design agencies here in the UK and around the globe.

Farah Mahbub, Photographer and Professor of Photography at Indus Valley School of Art and Architecture, Pakistan.

A professional photographer for over 30 years, Farah Mahbub has established an international reputation as both teacher and practitioner of the fine art photographic medium. She joined Indus Valley School of Art and Architecture in 1997 as a faculty member, where she has been ever since. Under her tenure, photography has evolved from a single class into an undergraduate minor, and finally as a major media subject in the Communication Design Department. Farah will be involved in the overall judging as well as solely awarding the ‘The Madiha Aijaz prize for a young photographer of promise’ in memory of her colleague and friend.

Veerle Poupeye is a Belgian-Jamaican art historian, curator and critic. She was educated at the Universiteit Gent, Belgium, and Emory University, Atlanta, USA. She served as the executive director of the National Gallery of Jamaica from 2009 to 2018 and had previously worked there as a curator and museum educator. Poupeye has also served as coordinator of the visual arts program of the MultiCare Foundation, a Jamaican inner-city development foundation, and as research fellow, lecturer, and curator of the CAG[e] gallery at the Edna Manley College of the Visual and Performing Arts in Kingston. Her publications include Caribbean Art – World of Art (first edition, 1998; second revised and enlarged edition in publication for 2021) and many book chapters, dictionary entries, and exhibition catalogue essays on Jamaican and Caribbean art and culture. She has also contributed to journals such as Small Axe, Jamaica Journal, Caribbean Quarterly, Raw Vision, and the New West Indian Guide.

Sarker Protick has developed a practice that combines the roles of an image-maker, a teacher and infrequently a curator. His works revolve around the subjects of temporality, materiality of time and the metaphysical prospects of Light and Space. Working with Photography, Video and Sound, Protick has formed a series of works that are built on long-term surveys rooted in Bangladesh, while simultaneously exploring ideas that blurs the notion of geopolitical boundaries. Incorporating detailed observations and subtle gestures, his works propose a subjective space, often minimal, vast and atmospheric. Protick has been the recipient and part of Joop Swart Masterclass, Foam Talent , Light Work Residency, Magnum Foundation Fund, World Press Photo Award etc. He has exhibited in museums, galleries and festivals including Yokohama Triennale, Hamburg Triennale, Paris Photo, Dhaka Art Summit, 4A Center of Contemporary Asian Art, Kunst Haus Wien, Noor der licht, Singapore Art Week, Art Dubai and more.