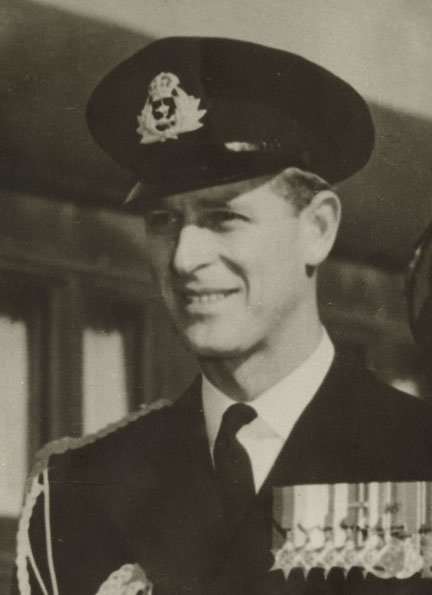 The longest-serving consort in the history, Prince Philip was born in Corfu on 10 June 1921, as Prince Philip of Greece and Denmark. He was educated at Gordonstoun in Scotland and joined the Royal Navy in 1939. Having first met Princess Elizabeth in 1934, he began corresponding with her on the eve of the Second World War in July 1939.

During the war, he first served as midshipman aboard HMS Ramillies in the Indian Ocean. By 1941, he was commissioned as a sub-lieutenant and was involved in the Battles of Crete and Cape Matapan. Promoted to lieutenant in 1942, at only 21 years old, he was one of the youngest in the Royal Navy.

Returning to the UK in 1946, he asked for permission from King George VI to marry Elizabeth, with their engagement being announced in July 1947. Created Baron Greenwich, Earl of Merioneth and Duke of Edinburgh before the wedding on 20 November 1947, he eventually was made a British prince in 1957.

Giving up military service upon The Queen’s ascension to the throne in 1952, Philip took up the role of consort, accompanying The Queen on her royal duties and participating in 22,219 solo engagements before retiring from public service on 2 August 2017.

He also served as patron, president or member of nearly 800 organisations, most famously the Duke of Edinburgh’s Awards, which he founded in 1956 for 14 to 24 year olds, aimed at promoting a series of self-improvement exercises for children and young adults.