ROSL Is What You Make Of It 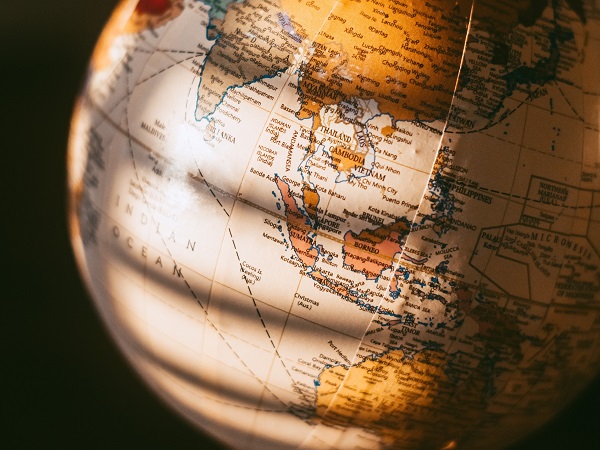 Australian Victoria Branch Council member Mark Trayling recounts his more than 20 years of membership, how ROSL has grown with him and what he still gets out of club life today.

If someone asked me why they should take up ROSL membership, I wouldn’t know what to say straight off the bat. Frankly, it is what you make of it and my membership benefits and needs have changed vastly over the years.

I joined ROSL at the age of 18 years of age. I was an Australian studying for a Bachelor of Science with Honours in Economics at University College London. I stayed in Ramsay Hall, a hall of residence and my grandfather and his friend a ROSL member – a former professor at LSE – the late Tony Lonsdale, suggested I take up ROSL membership to have access to a private escape off campus.

So, I joined for the royal sum of maybe £60 and suddenly, from Warren Street Station, I could hop on the Victoria line and two stops later I would arrive at Green Park Station. Within five minutes’ walk from Green Park station, I could either dine with Her Majesty – alas, she was never available – at Buckingham Palace, or grab a quiet meal at the ROSL clubhouse and catch up on some reading. This was my escape, my own private escape.

It wasn’t all for my own enjoyment, mind you. I remember one evening in October 2001, I suddenly had a crisis where three of my friends were simultaneously celebrating their 21st birthdays. I somehow made all three, but one only briefly for 30 minutes at a jazz club in Kings Cross because something had to give time wise. To make up for just showing my face, I took my friend Manchi – who was my next-door neighbour initially at Ramsay Hall – out to dinner at ROSL.

I remember when we ordered dessert, crepe suzette was the recommendation of the waiter, and so we trusted the nod. Neither of us having had this before, we suddenly saw two plates arrive with a ring of fire around them. Manchi looked up at me and said “so how are we meant to eat this?” Attempting to sound knowledgeable, as it was my club, I confidently said “the fire will die down in a few seconds.” I had no idea and thank god it did! In case you are wondering, it tasted delicious and certainly made an impression for a 21st!

I hope you don’t mind a brief digression from the subject but at university when my grandfather died, I wrote to Prince Phillip who served with him in Malta (my grandfather served on the HMS Ocean, an aircraft carrier) and I actually got a personal and signed response from him! So happy 100th coming up Your Royal Highness.

I spent many years travelling after my degree and my membership then became less about access to the clubhouse in London, but what travel benefits it gave me. Most ports (I think I've been to about 30 countries) I called in, there was a tie-up which made it a wonderful travel partner. So I’d say the membership became very transactional because none of the countries I was living in had ROSL branches. The UAE, for example, was then quite unknown and the only club near PricewaterhouseCoopers or in Dubai was the Capital Club, which was only finding its feet at the time I moved on. It was a case of how much I travelled and where the membership would come in handy. It saved a heap on international accommodation – way more than the cost of membership – and each club had their own charms and eccentricities.

At some stage, I relied on other club memberships (e.g. Columbia University Club in New York – the MBA had that nice benefit I did not know about at the time of enrolling) for travel and I did not continue my ROSL membership. There were larger gaps in my travels to London too.

In late 2018, I rejoined ROSL in Australia, after I relocated back. Having spent more than half my life overseas and returning to Australia now married and to be closer to my father and last surviving parent, the social element piqued my interest, though I wasn’t sure what to expect, to be honest.

Admittedly, I have not attended as many events as I would have liked – life! – but the ones which I have, have been delightful. They are filled with the sorts of people who you can feel at ease with almost immediately. Let’s face it, sometimes you can go to a function, enter a room and feel so out of place and wonder what you are doing. Wondering when you can excuse yourself to duck out! Not at ROSL, you’re going to meet people who love the arts, culture, travel and the vision of the Commonwealth.

I enjoyed my initial outings so much, I put my hand up to join the Victoria Branch committee. Surprisingly, and I would have not have necessarily expected it, I found a really warm group of people at our meetings. Our president, Jason, always has a smile on his face and exudes warmth, cracking jokes at every meeting. Rain, hail or sunshine, he’ll be present and inject humour into the room. He will always make me leave a meeting with a smile on my face, no matter how hard the month or year. It’s been an extremely hard move back to Australia, trying to reintegrate, as no one wants to hire expats, no matter their experience, so to see that unconditional welcome is sure to put a smile on anyone’s face… sorry Mastercard, that’s priceless!

Fellow committee member Jane has a strong military connection and we chat over my grandfather’s background in the Navy. Patricia always has me amused when she utters “we must meet at the Brown Cow” and pronounces it in such a manner purposely elongated manner to evoke a big grin. Ron, is similarly always in top form chuckling and our current secretary Keir is one of the most decent empathetic people you could ever meet. So I feel privileged and grateful socially just to be in the company of our branch’s officers and its members.

Hopefully, my membership journey might inspire others to dig deeper and reflect on all the different ways you can get value from ROSL membership. Over the last 20 years or more, it has certainly grown with my needs and I trust it will with yours.