We are delighted to announce the appointment of Mr Serge Pradier as ROSL’s Food & Beverage Manager and Mr Elliot Plimmer as ROSL’s Executive Chef, who will be taking up their posts in the next few weeks.

Read on to find out more about their careers, how they came to ROSL and what plans they have for food and drink at the clubhouse from our reopening on 17 May. Keep an eye out for more news from Serge and Elliot, as new menus are devised, food and drinks events are added to the calendar and more! 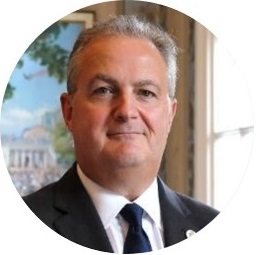 Serge Pradier, Food and Beverage Manager, brings to ROSL extensive experience of Food & Beverage operations and members clubs having most recently worked as Director of Food & Beverage at the RAF Club. Prior to that he was General Manager at the Institute of Directors, where he led the team bringing catering back in house after a number of years with an external provider. Previous experience includes restaurant management positions at the Hurlingham Club and in 4* and 5* restaurants in the UK and France. 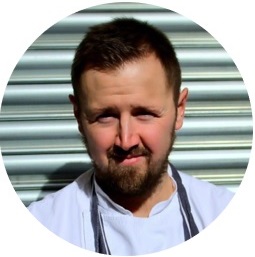 Elliot Plimmer, Executive Chef, began his career with Gordon Ramsay at the Savoy Grill working his way up from Commis Chef to Sous Chef within five years. He was headhunted into contract catering at a large bank where he was tasked with producing a new menu, of a Michelin standard for the bank's client dining. His first Head Chef role was at Hoi Polloi at the ACE Hotel and most recently he led a large team at Harrods where he was Head Chef of three of their own inhouse restaurants.

What interested you about joining the Royal Over-Seas League?

Elliot: It's a really exciting opportunity to be the first people in 16 years to take the catering in-house. It's going to be a long journey, it won't be an easy task, but we'll be able to please the members and introduce things that have never been done before.

Serge: For me, it was a simple decision. I've brought catering in house before at the Institute of Directors. It is such an exciting time, it gives you ownership of your future. I've already started work on a new wine list with a Commonwealth theme!

Do you think there is a difference from the food and drink in a club environment compared to restaurants?

Serge: Clubs have in the past tended to be different in terms of their food offer, but that's changed quite a lot in the past few years. The thing I like about Clubland is you know the members well and you really get to have a good relationship, by developing something new with them. But at the end of the day, professional, passionate delivery of food is the same wherever you are. Really good food, good wines and good staff. It will take a bit of time to get everything in place, but as we gradually build, it will get there.

Have you already started thinking about what you would like to do with the food and drink at ROSL?

Serge: It will be great to sit down with Elliot properly when we start because everyone has their own idea of what makes great food. In my view, any food is good as long as it's done amazingly well. As simple as that. It could be from anywhere in the world as long as it's something that is delivered well. That comes from the skills of the chef.

Elliot: I think the way to start is to take what the menu already is and turn it into something that works. We don't want to shock the members too much and have them come in and not recognise a single thing on the menu! Starting with the Brabourne Room, we'll look at what dishes work and grow it from there. It will be nice to have some home club classics, home comforts, and more new things. For me, I'm all about ingredients and trying to keep it super simple.