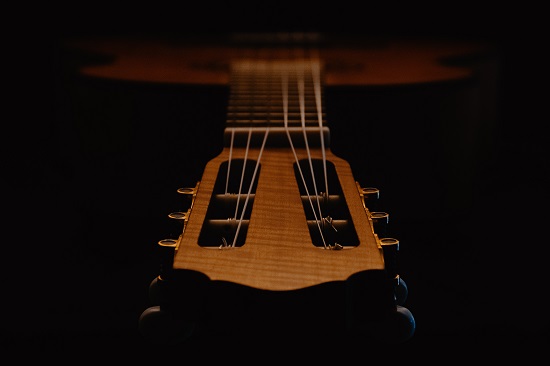 In July, ROSL announced two new scholarships for young musicians in Scotland thanks to a generous £65,000 from Miss Evelyn Small, the first of which has now been awarded to guitarist William Timothy Beattie for study at the Royal Conservatoire of Scotland.

The £5,000 scholarship, one of two to be awarded each year for the next six years, will help William study for his Masters, and a second student in their studies at St Mary’s Music School in Edinburgh.

Born in Toronto, Canada in 1997 of Scottish & Jamacian heritage, William Timothy Beattie (Tim) is currently in his 2nd year at the Royal Conservatoire of Scotland where he is studying under the tutelage of Allan Neave and Matthew McAllister and associate artist Paul Galbraith. He graduated his Bachelor of Music degree in 2019 from the Conservatorium van Amsterdam with the distinction ‘cum laude’ having studied with Gabriel Bianco and Lex Eisenhardt & thanks to the support of the AHK (Amsterdam University for the Arts) Talent Grant. Drawn to the guitar at a very young age, Tim spent his formative years studying with maestro Robert Hamilton at the Royal Conservatory of Music in Toronto, where he was the first guitarist ever invited to join the Phil and Eli Taylor Academy for Young Artists.

During his time in Glasgow so far, Tim has performed extensively within and outwith the RCS, both as a soloist and with the North American Guitar Trio; in performances at Drumlanrig Castle, TheSpire Concert Series, Big Guitar Weekend, Ullapool Guitar Festival, Glasgow Guitar Night; and virtual/live stream concerts for the RCS Digifest, Brussels International Guitar Festival (2020 Online Edition), The Guitar Society of Toronto, Guitar Society of Brantford, Sauble Beach Guitar Festival, Scotland House, Concerts for the End of Time, and the Messy Desk Concert & Conversation.

With the North American Guitar Trio (featuring fellow RCS students David Steinhardt and Evan Dim), he auditioned successfully at Wigmore Hall for the Musicians Company Concerts. The trio received the Musicians Company Prize and will have a London Concert Premiere at either Wigmore or the Purcell Room (TBD) in 2021. Subsequently, they have been inducted into the Musicians’ Company Yeomanship programme as part of their platform for young artists.

We wish Tim the best with his studies and keep an eye out for news of the second scholarship.