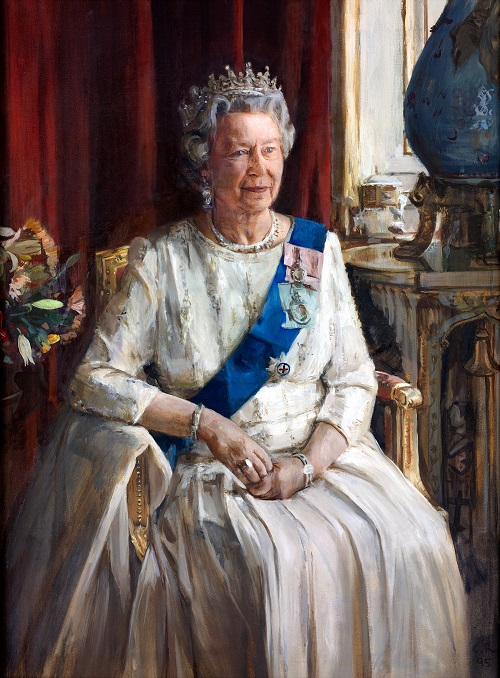 Get them while you still can, orders close on 1 November!

Looking to purchase our seasonal bestseller, the ROSL Christmas card? Order now to avoid disappointment, as we will only be taking orders until 1 November. Order here.

Featuring the portrait of our Patron HM The Queen, commissioned by ROSL in 1995, which now hangs in the main entrance at Over-Seas House. At the time, artist Christian Furr was the youngest ever artist the Queen had sat for, at 28 years old. Chosen personally by Her Majesty from four artists put forward by ROSL, who had appeared in that year's annual exhibition at Over-Seas House. Painted in two sittings, lasting 90 minutes each, Christian then worked nine hour days for four weeks to complete the portrait. Read a 1995 interview with Night & Day in which Christian recalls the process here.

In fact, Christian visited the clubhouse last week and posed with his portrait, 25 years later!

It was wonderful having artist Christian Furr at the clubhouse this week. Here Christian Furr is standing in front his painting of our Patron HM The Queen, commissioned by ROSL in 1995, it now hangs in the main entrance at Over-Seas House. pic.twitter.com/ABrXrdRCEH