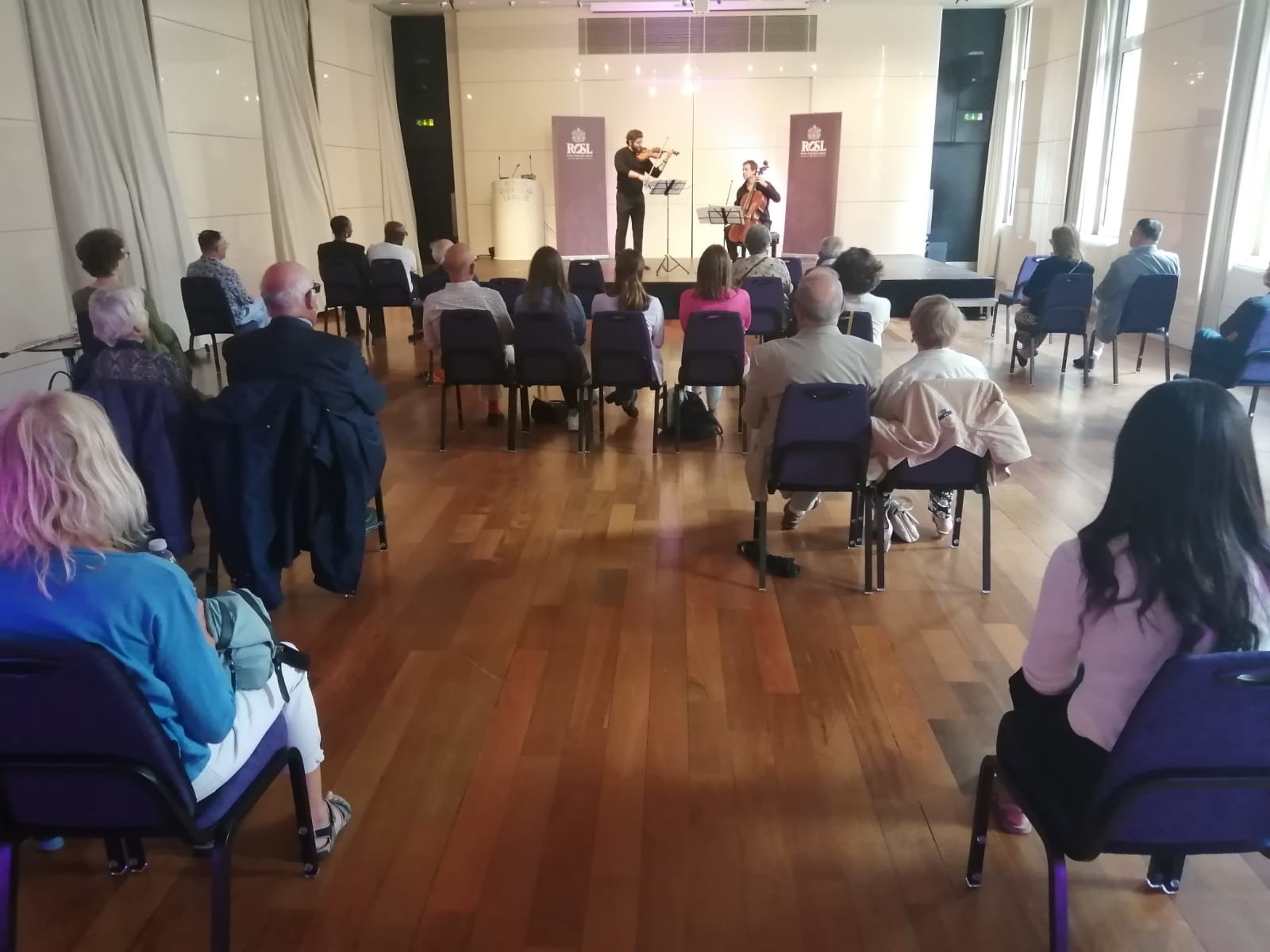 After a break of nearly six months, live music has returned to Over-Seas House. On Friday afternoon, ROSL ARTS alumni returned to the Princess Alexandra Hall for a socially-distanced concert.

Violinist Martyn Jackson, winner of the Ensembles Prize at the 2015 Annual Music Competition; and Tim Lowe, Cello Professor at the Guildhall School of Music and Drama, were the first musicians to perform on our stage since we reopened at the beginning of August.

It was possible to feel the excitement in the room as members took their seats for an early-afternoon concert. The duo's performance was hugely appreciated by the audience and with the doors and windows open as part of COVID-safety measures, it was possible to hear their playing waft through the rest of the clubhouse.

Such has been the anticipation for the return of live music that two further garden parties including live music scheduled in September are already close to selling out! Don't worry if you haven't been able to get a ticket, more are being scheduled for the rest of the year.

Keep an eye on www.rosl.org.uk/events for further information.