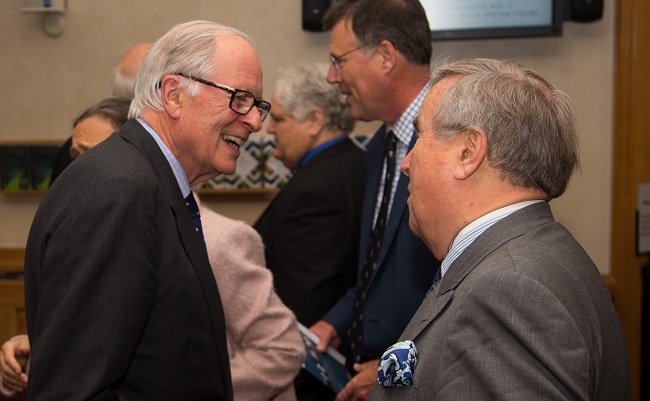 After 18 years’ service as the President of the Royal Over-Seas League, Lord Luce has announced his retirement from May 2020.

This is a key honorary role and Central Council has appointed Lord Geidt as ROSL’s next President with the endorsement of ROSL’s Patron, HM The Queen. Lord Geidt has had a distinguished career in public service, latterly as The Queen’s Private Secretary (2007-2017). Lord Geidt is a member of the House of Lords and Chairman of King's College London. He will be the ninth President in ROSL’s 110-year history. The Chairman of the Royal Over-Seas League, Alexander Downer AC commented that:

"Lord Luce’s contribution has been outstanding and he will be missed by our staff and members. I am delighted that Lord Geidt has agreed to take up this role."

"It has been an immense privilege to be President of the Royal Over-Seas League for 18 years. Over this time, it has been a pleasure to meet so many members and to work with the Chairman, members of the Council and staff. I will look forward to thanking staff and Members in person when I retire. Rose and I will continue to enjoy staying at Over-Seas House in the future."