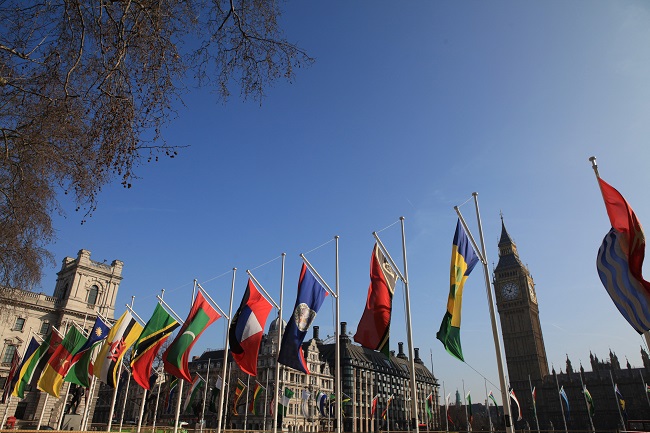 As part of our celebrations for Commonwealth Day on Monday, members and staff visited key events happening across the capital.

The main of which, the Commonwealth Day Service at Westminster Abbey, was attended by ROSL Patron and Head of the Commonwealth, HM The Queen. As well as attendance by several members, ROSL Chairman Alexander Downer also represented us in the Procession of Loyal Socieities. Marketing Officer Harriet was also in the abbey for the service, along with several members. She had the following to say about the service:

"With this year's focus on 'Delivering a common future: connecting, innovating, transforming', it was great to see so many different cultures coming together to celebrate the similarities and differences that we all share as part of the Commonwealth community. The readings, prayers and performances were a true reflection of what it means to be a part of the Commonwealth, in particular, Anthony Joshua's speech in which he highlighted that 'so many children of Commonwealth have two homes, two identities, two ways of viewing the world' which should be embraced and celebrated to help create a common future for all."

Meanwhile, a short hop across London to Green Park, Director-General Diana Owen attended the Memorial Gates ceremony. She explains what the ceremony involves and what it represents:

"I had the great pleasure, for the third year running, to represent ROSL at the Memorial Gates ceremony on Commonwealth Day on the edge of Green Park. On 6 November 2002, Her Majesty The Queen officially inaugurated the Memorial Gates on Constitution Hill in London. The gates have been erected as a lasting memorial to honour the five million men and women from the Indian subcontinent, Africa and the Caribbean who volunteered to serve with the Armed Forces during the First and Second World Wars. They also celebrate the contribution that these men and women and their descendants, members of the Commonwealth family, continue to make to the rich diversity of British society.

The morning stayed dry and the sun even came out as the Household Cavalry trotted past and we heard from Lord Bilimoria, Chairman of the Memorial Gates Trust, the Bishop of London, Dame Sarah Mullally and the Minister for Veterans Affairs, Johnny Mercer MP. The central memorial’s ceiling is inscribed with the names of all the VCs earned by Commonwealth troops and the last lines of Ben Okri’s long poem, Turn on Your Light, are engraved on one of the pillars of the gates: here is an extract with the engraved words highlighted in bold:

We could use the new era
To clean our eyes,
To see the world differently,
To see ourselves more clearly.
Only free people can make a free world.
Infect the world with your light.
Help fulfil the golden prophecies.
Press forward the human genius.
Our future is greater than our past.

This year marked the 75th anniversary on VJ Day. After the speeches, prayers, silence and the Last Post, Commonwealth organisations, High Commissions and Services organisations laid wreaths at the Memorial. It is a striking, moving and beautiful memorial, just a short walk from ROSL and has been a highlight of Commonwealth Day for me for the last three years." 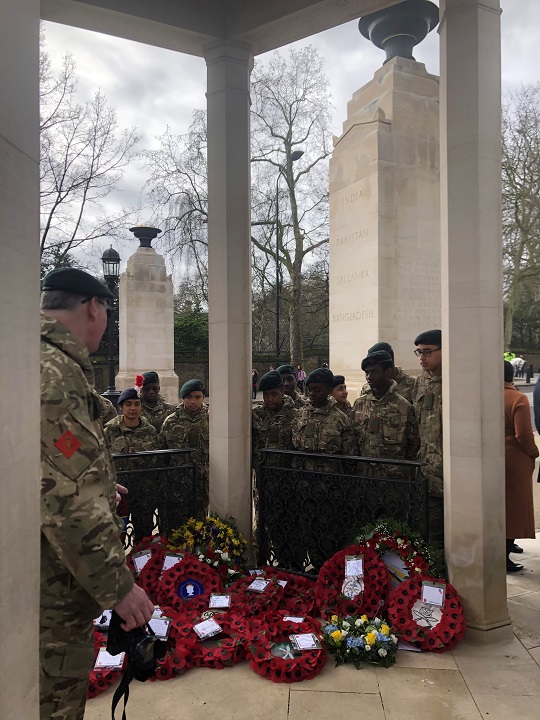