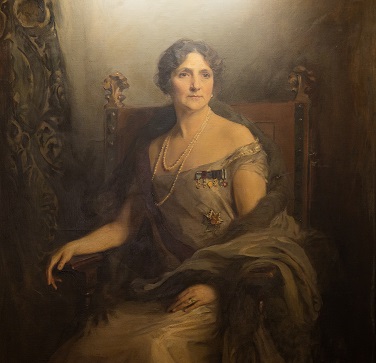 Much of the success of the club is down to women, both members and staff, who have helped shape its aims and ethos since 1910. In celebration of International Women's Day, we look at some of the prominent women who have played a part in our success.

Our founder, Sir Evelyn Wrench’s principals of egality and equality have echoed through the decades and are still reflected today in the 50/50 membership split between men and women, a result of the decision to open membership of the club to both genders since our inception in 1910. Ahead of its time then, ROSL has stayed ahead of the curve thanks to the many female members and staff that have continually sought to push the club forward throughout its history, as far back as Lady Des Voeux, wife of our founder.

Born Hylda Henrietta Brooke in 1879, Lady Des Voeux began working for the Over-Seas Club in 1914, first as the Chairman of the Soldiers' and Sailors' Fund and Honorary Director of Correspondence, before being appointed Honorary Controller. During a visit to the Royal Aircraft Factory at Farnborough in 1916, she was taken on a flight in the first plane donated to the RFC by the Over-Seas Club, making her one of the first women in England to fly in a military aircraft. In May 1937, after the death of her first husband, Lady Des Voeux and Sir Evelyn Wrench married. She remained an active part of the club for many years and accompanied Wrench on his Commonwealth tours. In his book Struggle, published in 1935, Sir Evelyn Wrench described her commitment to the club:

“For 21 years, in an honorary capacity, apart from holidays and periods of ill-health, she has never missed a day at headquarters… No paid worker had rendered greater service to the organisation in these 21 years... The debt I owe her I can never repay.” 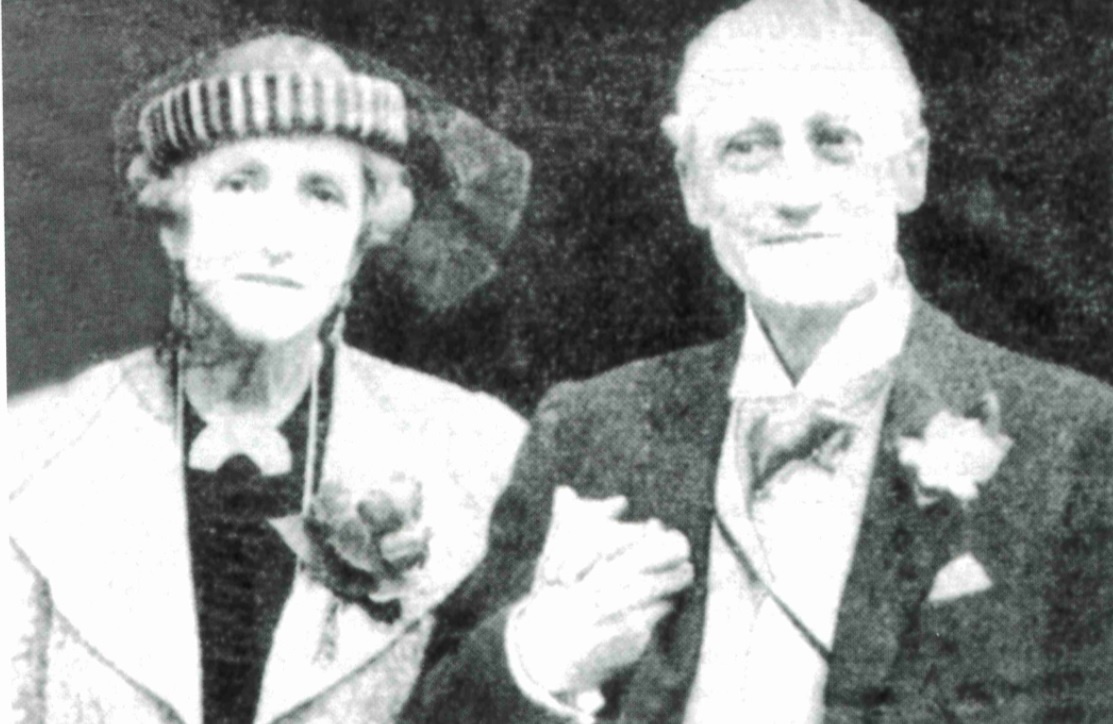 Her sister-in-law Winifride Wrench, was also a great supporter of the club in its earliest days, travelling from London to spend a year in Edinburgh to help grow membership and find suitable clubhouse facilities for the fledging branch.

Lady Willingdon was the first woman Chairman of the Over-Seas League. When she and her husband, Freeman Freeman-Thomas, 1st Marquess of Willingdon, returned from India to the UK in 1936 they took an enthusiastic interest in the club. In 1941, Lord Willingdon was appointed Chairman but died later that year. Lady Willingdon succeeded him from 1941 to 1946. She was committed to her role and visited the clubhouse almost daily. She regularly hosted events for members and had the honour of welcoming King George VI, Queen Elizabeth, Princess Elizabeth, and Princess Margaret to Over-Seas House when they visited in May 1946. The Members' Drawing Room on the first floor of Vernon House is named in her honour.

Doreen Knatchbull, Baroness Brabourne was a long-standing member of the Central Council from 1943 to 1979. She took a keen interest in the club's activities and regularly attended events at Over-Seas House, welcoming dignitaries and VIPs from all over the world. She was related to Lord Mountbatten through her son's marriage to his daughter, and was with her family when the bomb planted in Lord Mountbatten's fishing boat exploded in Donegal Bay. She died the next day. The Brabourne Room brasserie restaurant is named after her, in recognition of her many years of service to ROSL.

That royal connection has been a part of club life since its earliest days, with King George V, King Edward VIII, King George VI, and now HM Queen Elizabeth II all serving as Patron. The Queen was the one who granted ROSL its Royal title in 1960 to celebrate the club’s 50th anniversary, and has made several visits to Over-Seas House over the years. She is joined by HRH Princess Alexandra as Vice-Patron, who has taken a particular interest in the arts programme. As a music lover, she has appeared most years at the Grand Final of the Annual Music Competition (AMC) to take in some of the finest young musicians the Commonwealth has to offer and hand out the prizes.

In 1917, a regular column in the Overseas journal called 'From a Woman's Standpoint' was introduced, dedicated to giving voice to the issues of the day affecting women. One of the first authors was famed suffragist Millicent Fawcett, who recently became the first woman to be honoured with a statue in Parliament Square, as pictured on the cover of Overseas. As you would expect, many of those early articles focused on efforts to achieve universal suffrage, with Fawcett using her article to allay the fears of her male counterparts:

“There will be no attempt to exact legislation for the special profit of women, and there will be no deliberate opposition of the women’s vote to the men’s vote. On general political questions women voters will be divided, in very much the same proportions as men voters, and we shall forget that it is possible for one sex to attempt to legislate for its own benefit at the expense of the other.” 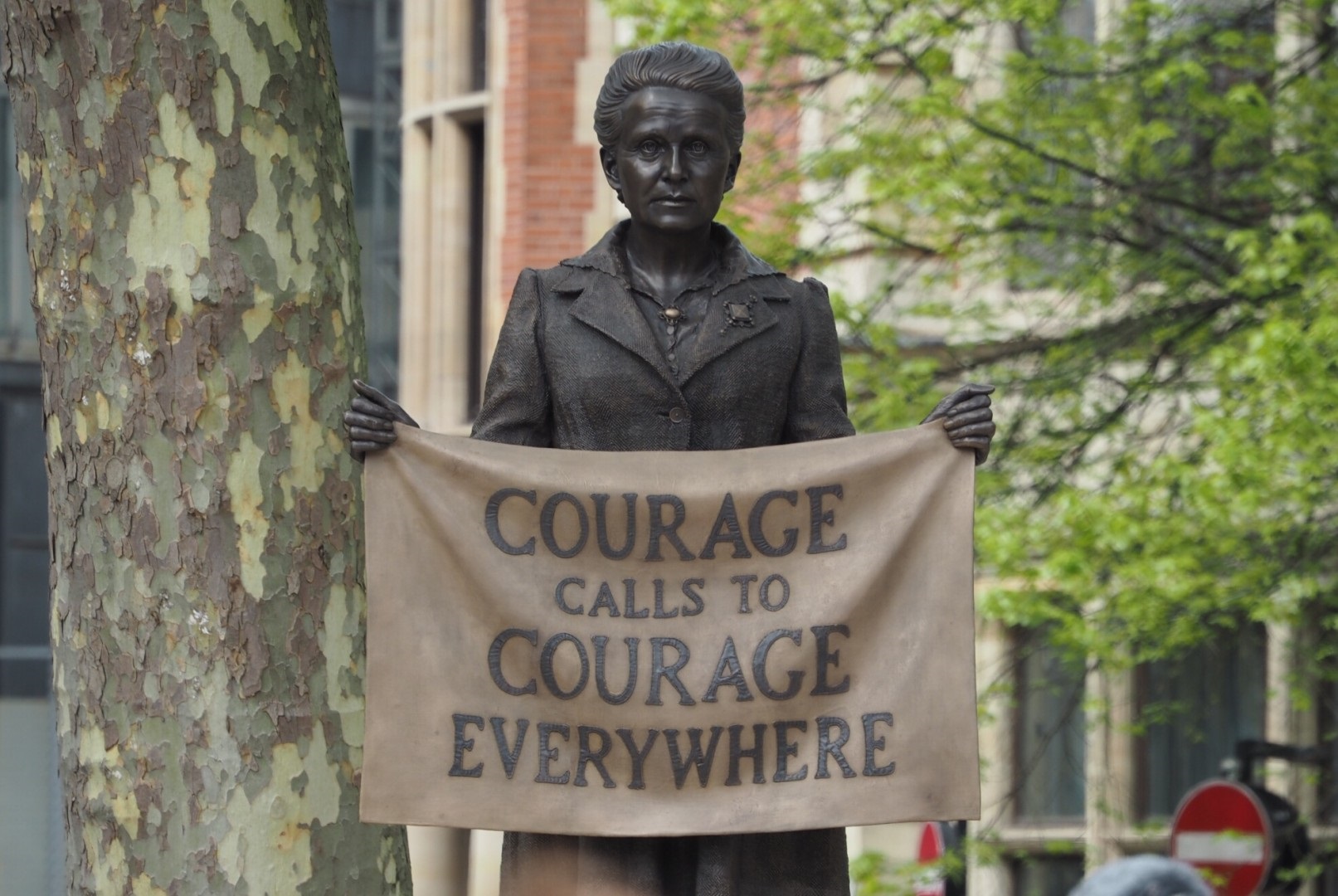 The statue of Millicent Fawcett that stands in Parliament Square

Just a year later, having seen the Representation of the People Act pass through parliament, an article titled ‘Our 6,000,000 Women Voters’ by author ‘HC’ took the opportunity to dispel the idea that women voters would waste their votes on nothing more than domestic matters:

“It is hard to answer for millions of one’s fellow human beings, but from personal experience, I should say that women are at least as politically and imperially minded as men, and that among the educated – a class which we hope will become universal as time goes on – their range of interests is as varied and their grasp of the essentials as thorough as that of their husbands and brothers.”

Overseas has continued to feature women from across the world and society, such as Maltese journalist and politician The Hon Mabel Strickland, Her Highness the Begum Sahiba of Khairpur State, Commonwealth Secretary-General Patricia Scotland, and author Barbara Cartland.

Famed for our art programmes, particularly the long-running AMC, its inception and growth has been driven in large part by a number of dedicated women whose passion was music. In 1947, the Music Circle, precursor to today’s AMC, was founded by Jessica, Lady Forres, which took the form of a recital series under the banner of the Festival of Commonwealth Youth. Due to the number of young musicians from across the Commonwealth eager to perform, the festival became competitive in 1952, awarding a first prize of £10. Many of the concerts were broadcast live on the BBC World Service throughout the 1950s, and since then the competition has gone from strength to strength. 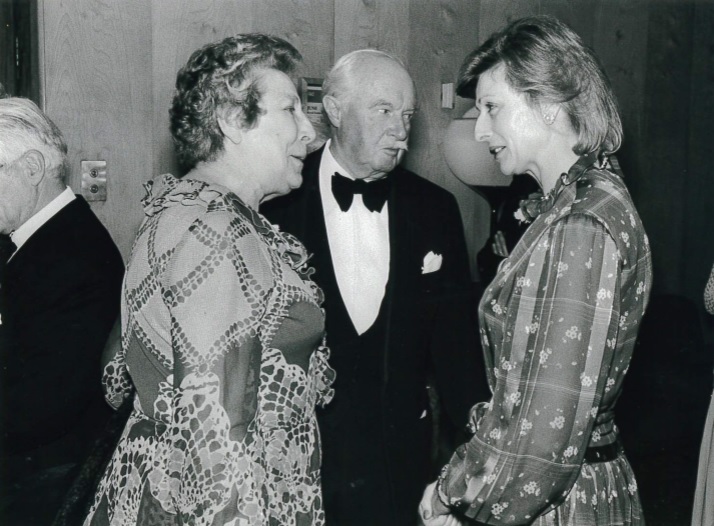 As its scope and stature has expanded, a number of renowned women played their part in the competition’s organisation and adjudication. Audrey Strange MBE, a retired professional soprano, served as Director of Music from 1962 to 1982, over which time she grew the Annual Music Competition considerably. For her efforts, she was appointed MBE in 1983. Having sung during the war as part of the Entertainments National Service Association (ENSA), entertaining the troops, Audrey met many of the musicians who would go on to serve on the adjudication panel at the AMC in later years.

One such connection was oboist Lady Evelyn Barbirolli OBE, who had met Audrey during their ENSA days. She began her career at a time when orchestras were largely male, save for harpists, first playing oboe as part of the Drury Lane Orchestra and then the Covent Garden touring company, where she met her future husband, conductor Sir John Barbirolli.

Probably the most widely known musician to have served on the adjudication panel over the years is Dame Eva Turner DBE, a dramatic soprano whose roles in Italian and German operas earned her international renown. She taught for many years as Professor of Singing at the Royal Academy of Music. Her encouragement of students such as Dame Kiri Te Kanawa led many to go on to have successful careers in their own right, as was the case with her involvement at ROSL. A warm, conscientious, and dedicated chair of the adjudication panel from 1980 to 1984, she continued her involvement with the AMC well into her 90s.

These three represent just a tiny snapshot of the calibre of women involved in making the competition what it is today. Many others, such as Joan Kemp Potter, Patricia Stammers, Joan Davis, Lady Myriam Barling, and Dame Myra Hess, to name just a few, have all played their part.

And they continue to do so today. Margaret Adrian-Vallance has spent almost 30 years dedicated to growing ROSL's education projects. She is aided by women the world over, who donate their time for free to their running and monitoring.

Closer to home, Dr Diana Owen OBE joined in December 2017 as the club's Director-General, followed by Dr Annette Prandzioch in 2020. Their leadership has helped ROSL weather the COVID storm and will see the club come back stronger than ever when we reopen on 17 May.