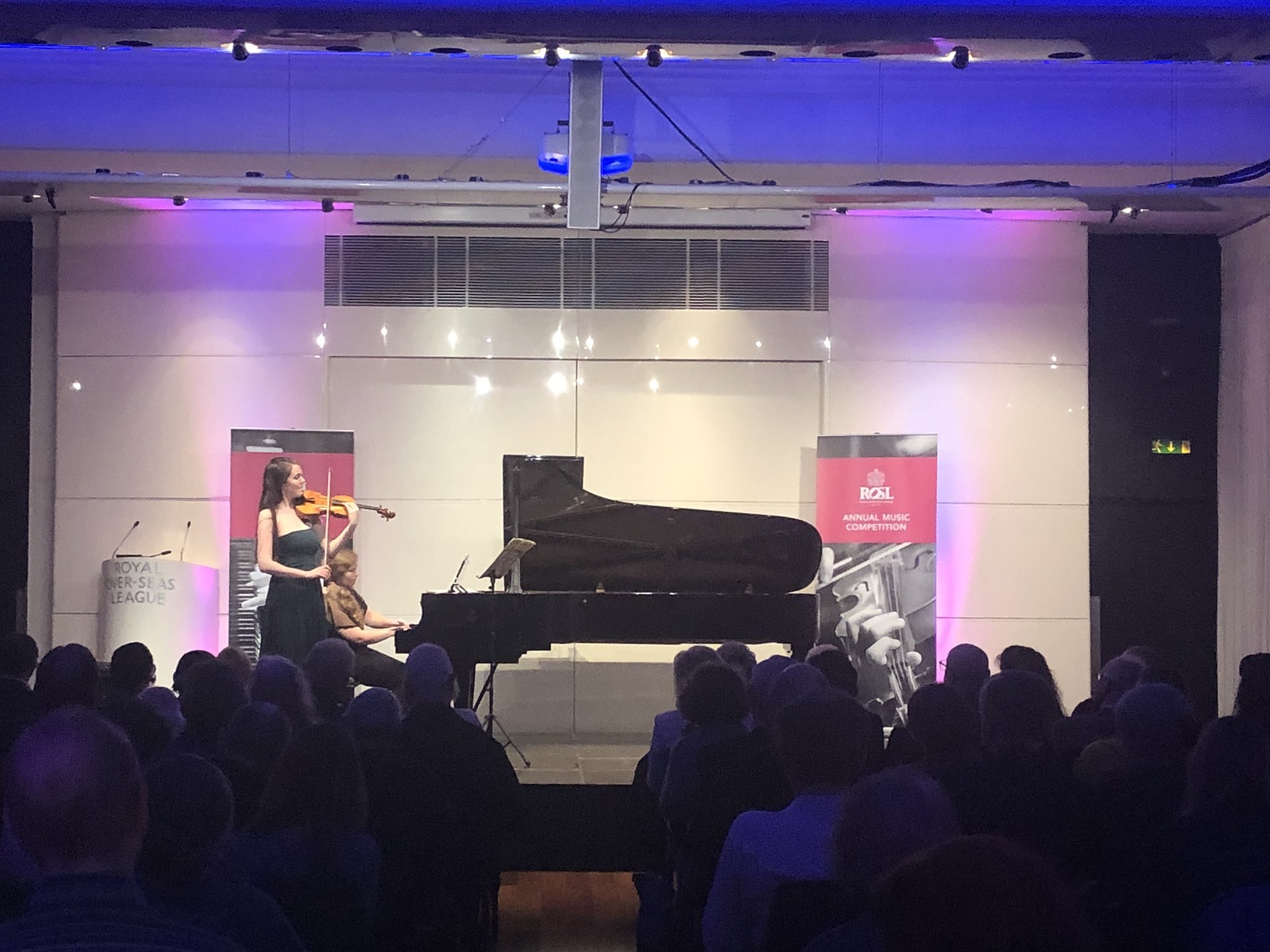 In the latest Section Final of the 2020 AMC, last night it was the turn of four Strings soloists to take to the stage and compete for the £5,000 section prize and a place in the Gold Medal Final in June.

Leading out our section finalists was violist Julie Park, who played a programme of Forsyth and Bowen accompanied by pianist Małgorzata Garstka.

They were followed on to the Princess Alexandra Hall stage by Samuel Staples violin, who chose repertoire including Ravel and Paganini. He was ably accompanied by Sophia Rahman piano.

After a short interval, it was the turn of Maxim Calver cello, accompanied by Jennifer Hughes piano. Together they played works by Lutosławski, Dvořák and Paganini.

Finally, violinist Eleanor Corr rounded out the evening's performance with a programme of Lutosławski, Rachmaninov and Ravel accompanied by pianist Aleks Myslek.

As the jury retired to consider their verdict, it was clear among the audience that all four performers had impressed with the expressive music making.

In the end, they chose Briton Eleanor Corr as the winner of the £5,000 Strings Prize, a huge congratulations to her! She will join Sirius Chau flute and Siân Dicker soprano at the Gold Medal Final.

Given the closeness of the competition, Korean-New Zealander violist Julie Park was also chosen as the recipient of the £1,000 Len Lickorish Memorial Prize for a String Player of Promise, congratulations!

Next up, the Keyboard Prize, see you there next Tuesday!