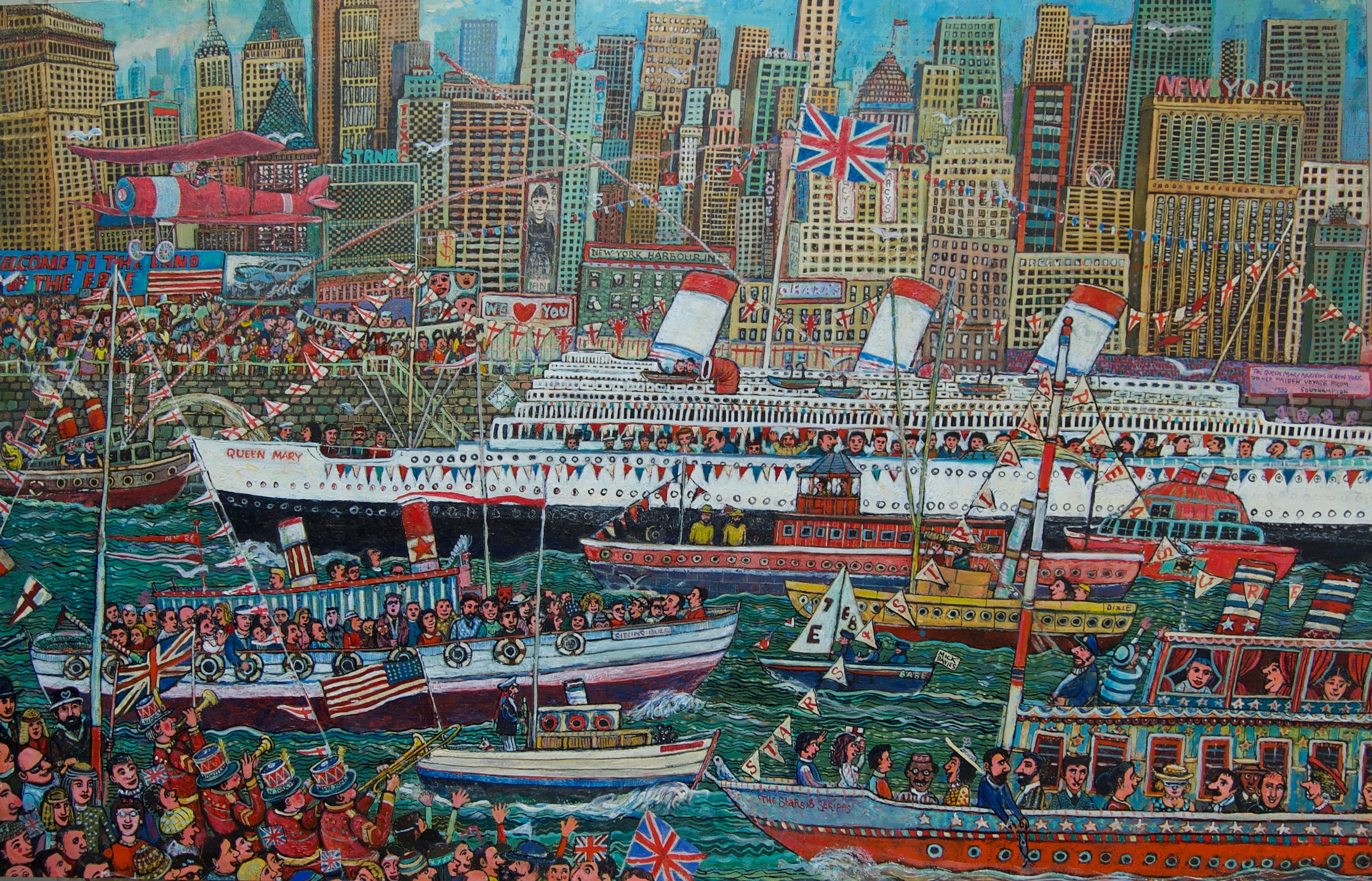 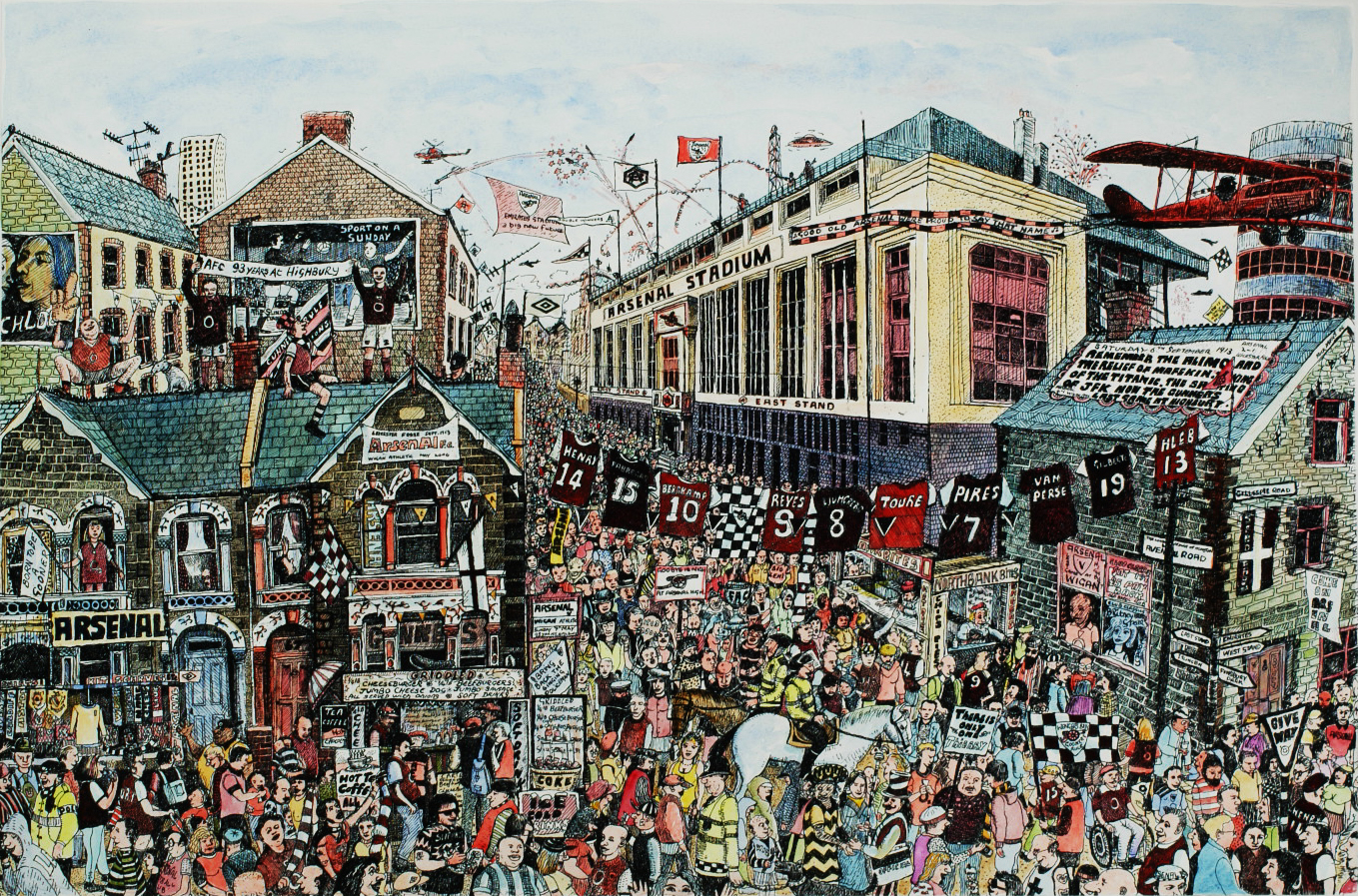 Mick’s work has appeared in all the major art exhibitions in the UK, including the Royal Academy Summer Show [ x 11]. His work has also been shown in Germany, Switzerland, Belgium, South Africa and South Korea. He has received many awards for his work and was invited by The All England Lawn Tennis Club to be ‘Wimbledon Championship Artist 2008’ and his work remains in their museum and clubhouse. Mick also has work in The National Museum of Wales and The National Football Museum in Manchester.
His paintings and hand-coloured etchings often tell a story and are expressions of exuberance and a shared experience of joy coupled with humour and excitement.