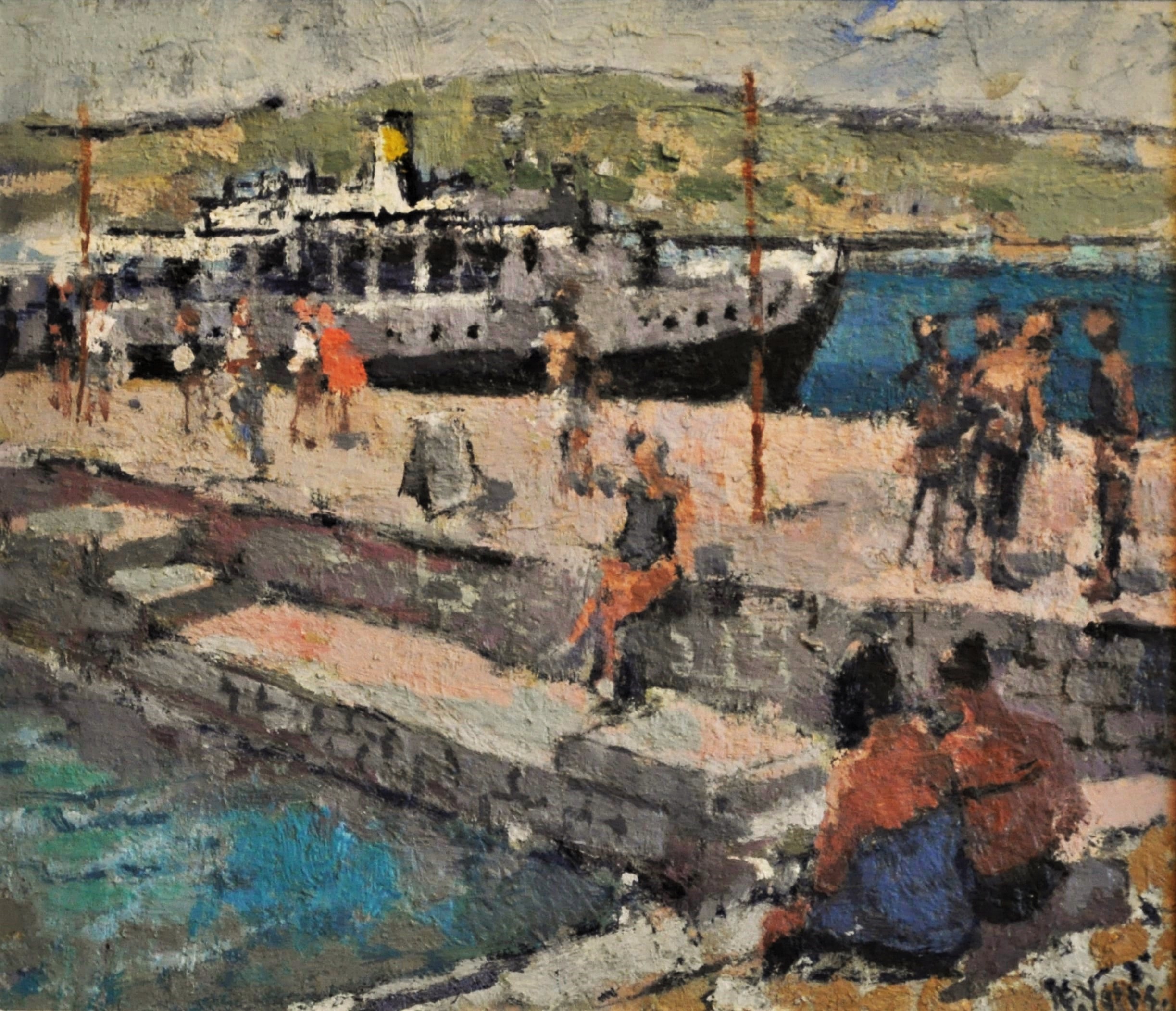 Anthony Yates RBA RBSA. Born in Aston, Birmingham in 1957, Anthony Yates started his artistic career aged just 16 as an employee in a commercial art studio in Edgbaston. Here he learned the trade of commercial artist from senior members and was soon producing a variety of advertisements, posters, leaflets etc for various industrial companies that existed around the Midlands in the 1970’s and 80’s. But Anthony wanted to practice fine art and so he enrolled for evening classes at Bournville College of Art studying drawing and painting. It was in the nineties with the advent of computerised technology in the advertising industry that Anthony decided it was time to do what he had always wanted to do and he made the switch from commercial art to full time painter.
He began to exhibit up and down the country and he was soon spotted by his local art society, the Royal Birmingham Society of Artists (RBSA) where he was elected an Associate in 1998 and became a Full Member in 2002. Success came on a wider scale and he caught the eye of artists in the Royal Society of British Artists (RBA) based in London. Here he was elected a member in 2005.
Awards for paintings have been numerous and include the 'Best Group of Paintings' prize in a Mall Gallery exhibition in 2005. His work was selected and hung in the Birmingham Art Gallery in 2007. In 2012 directors of the New Walsall Art Gallery selected his work for inclusion in an exhibition at the RBSA Gallery where it won a prize. In 2013 his self-portrait was selected for the Ruth Borchard exhibition at Kings Place. “The Artist Magazine Award” was given for his group of paintings in the RBA annual Mall Galleries exhibition March 2017. His latest prize has been The Michael Harding Award in this year’s RBA Exhibition 2020. He has works in many private collections both here and abroad including Belgium, France, Italy, Ireland and in Oregon and California USA