Featuring the work of Norman Yap 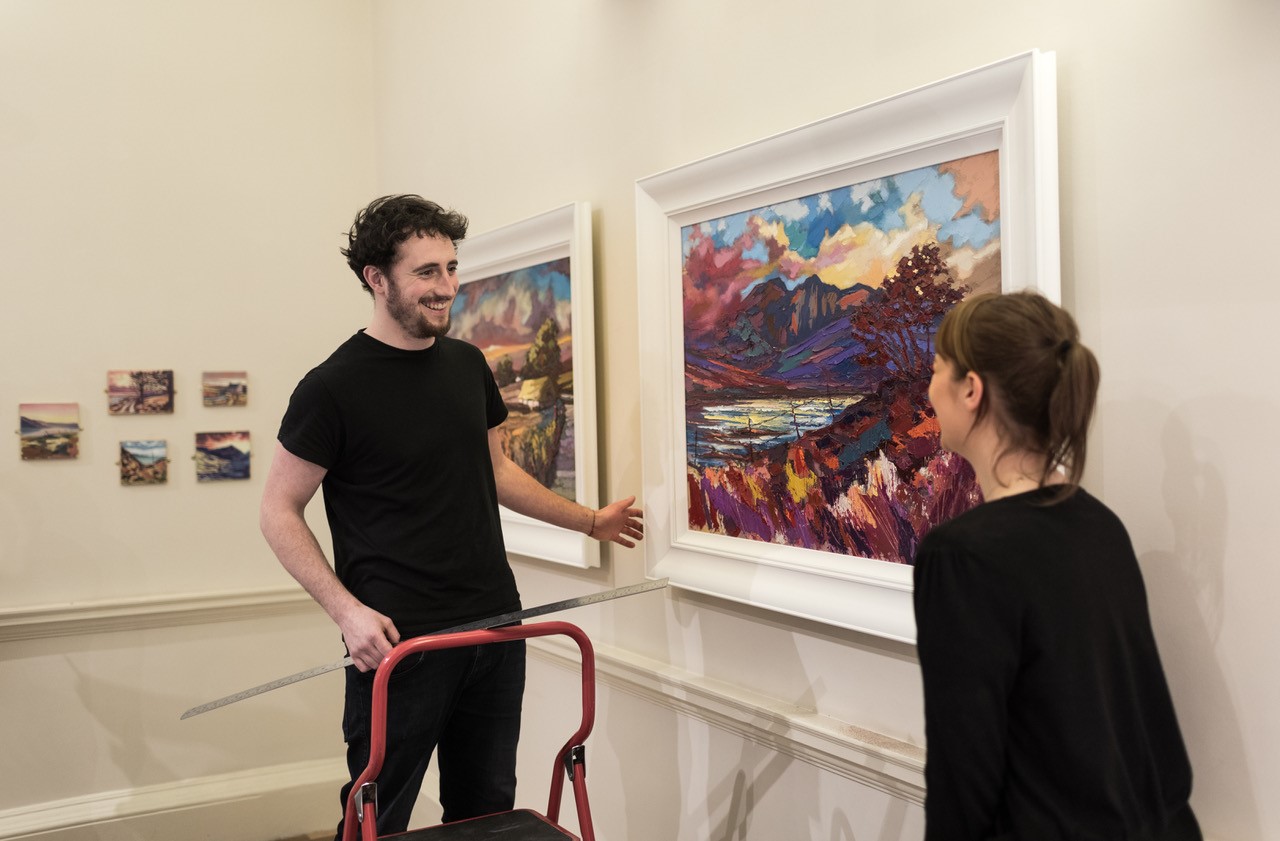 The Royal Over-Seas League presented the first London solo exhibition of Scottish artist Kerr Rodgie (b.1992). Inspired by his natural physical environment he uses oil painting and sculpture as his mediums, he experiments with style and has a boldness when applying paint to canvas.

Rodgie takes influence from long cycle trips with his father around Skye and the Western Isles trying to capture their ever-changing moods. Developing his practice, he has rehearsed techniques of oil painting, as he strives to achieve a sense of atmosphere with low lighting and rain like tendencies, contrasted with sunlit days reflecting the strong colour of the rural landscape.

Now surrounded by an urban landscape as he lives and works in London, Rodgie’s painting practice could be seen as a form of escape, a sense that is translated in his work as the scenes take on an emphasised palette and exaggerated brush strokes, altering and enhancing the scene. This sentiment for the landscapes of Scotland is offered to the viewer through the studied works of ‘Wandering the West’ as they relate to and reflect a mood of the landscapes of the rugged coast.

Sitting alongside the work of Rodgie were the beautiful ceramics of Norman Yap. Yap is a British potter based in north London, specialising in thrown stoneware and porcelain, making studio pieces and some domestic ware. Yap identifies the feel of his work as important, this as well as the delicate colours and organic forms paired his ceramics with Kerr’s paintings beautifully.

Yap is the editor of London Potters News and sits on the council of London Potters as Vice Chair. He is also a member of the Society of Designer Craftsmen, both charities seeking to promote, celebrate and support excellence in British craft and fine design. Ultimately influential in his field and an established talent, it was an honour to present his work at ROSL.

More information about the artists: