ROSL Online Exhibition - Here but where

Here but where is selected from a body of work made by Joey Chin (Singapore) and Clare Charnley (UK). It started from their email discussions about daily walks in strange COVID locked-down cities on opposite sides of the world. Interested in the intensity of looking generated by this constraint, Clare photographed intersections of the streets close to her house, blanking out half of each photo to form a white space for Joey.

‘Where should my voice be situated geographically and culturally?’ Joey wondered, as she populated the blanked zones with objects and the demi-ghosts of glimpsed strangers.

A 6-month long project starting from May 2020, both collaborators communicated using the tools they had on hand: emails, Dropbox, Skype, including old-fashioned mail from Joey to Clare which did not arrive.

Through an act of interpretation, from a weird mix of imagination to personal experience, a series of non-spaces was built for Here but where, creating places much vaster than the narrow confines of the other’s environment. 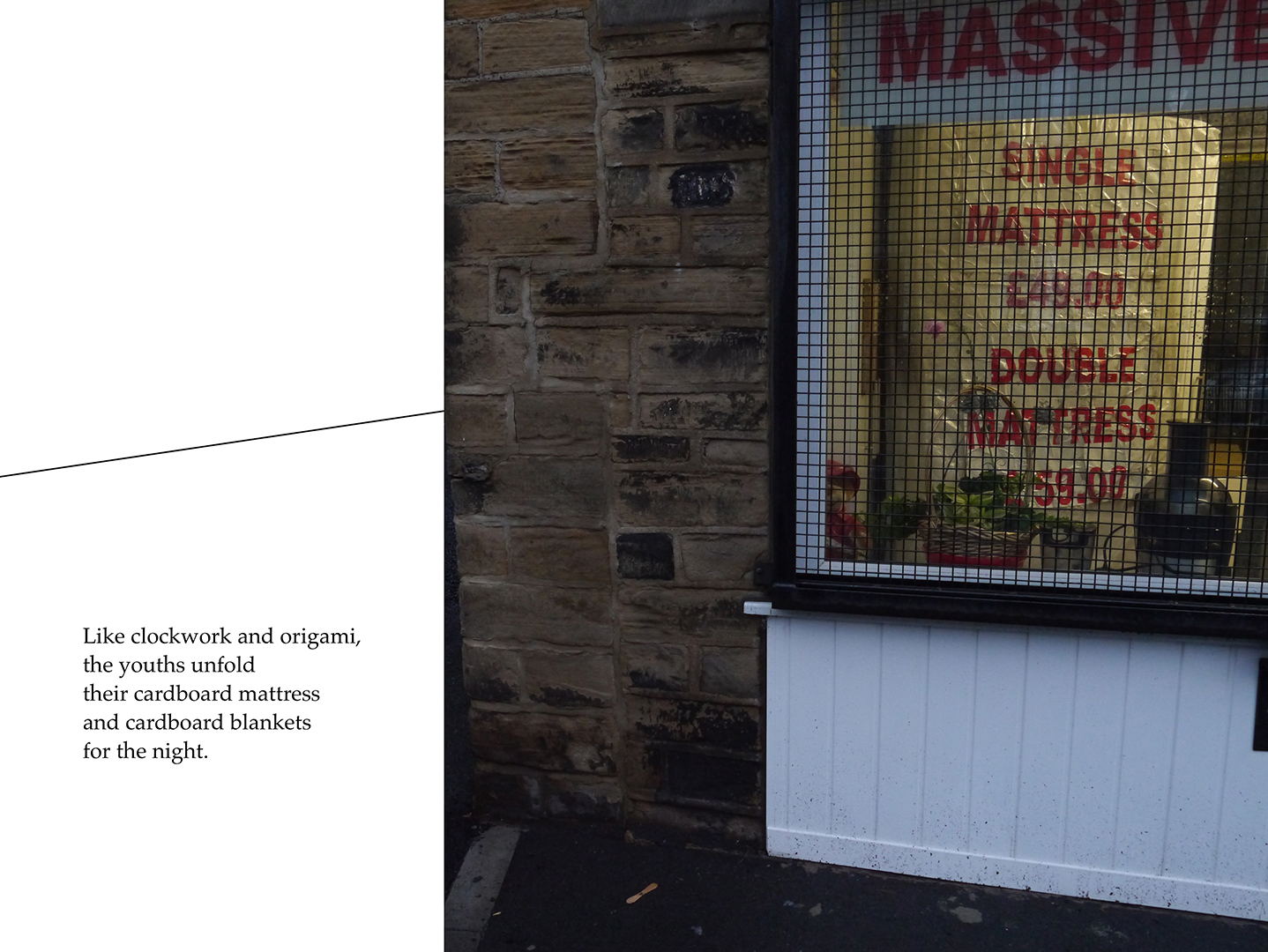 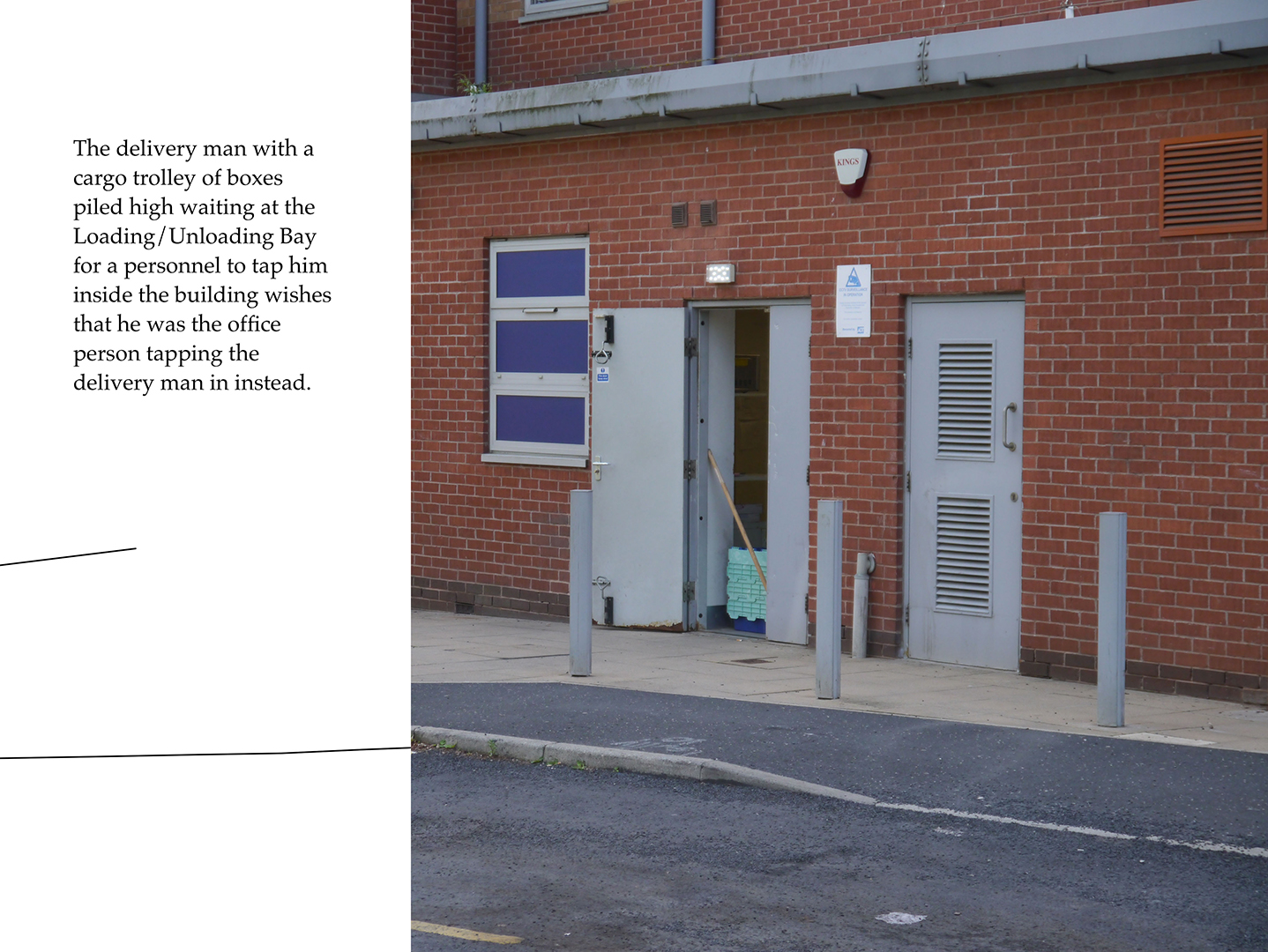 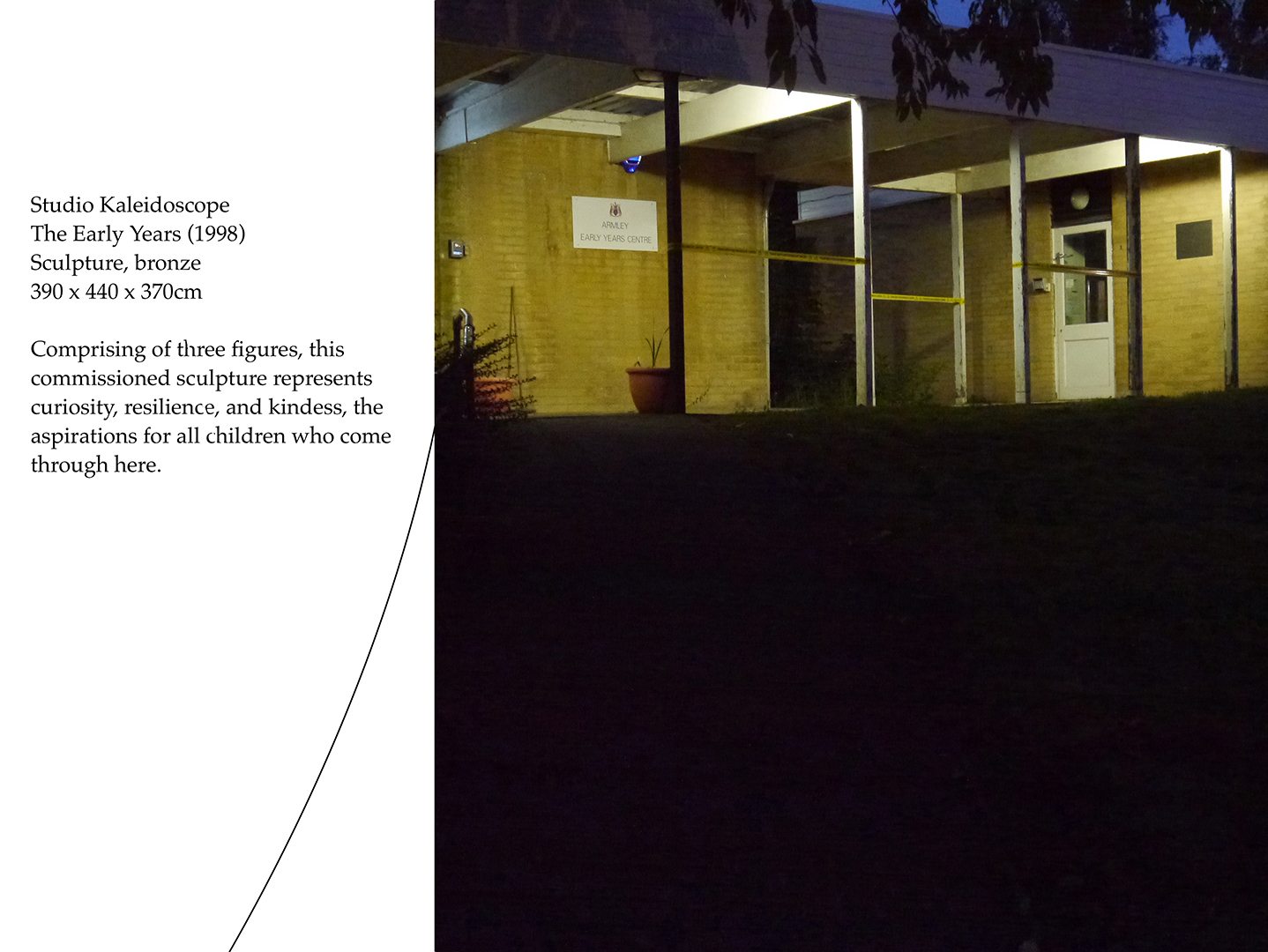 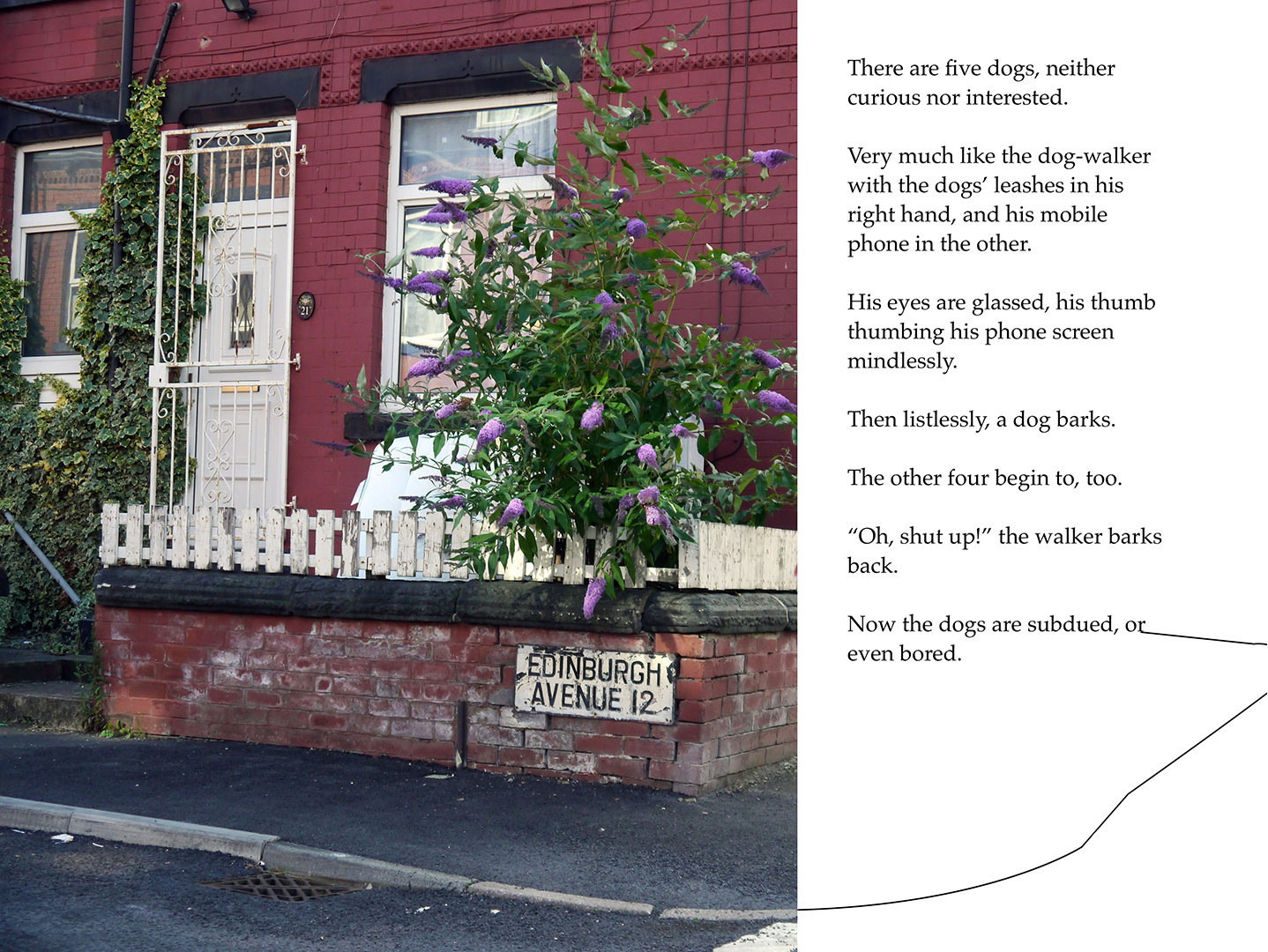 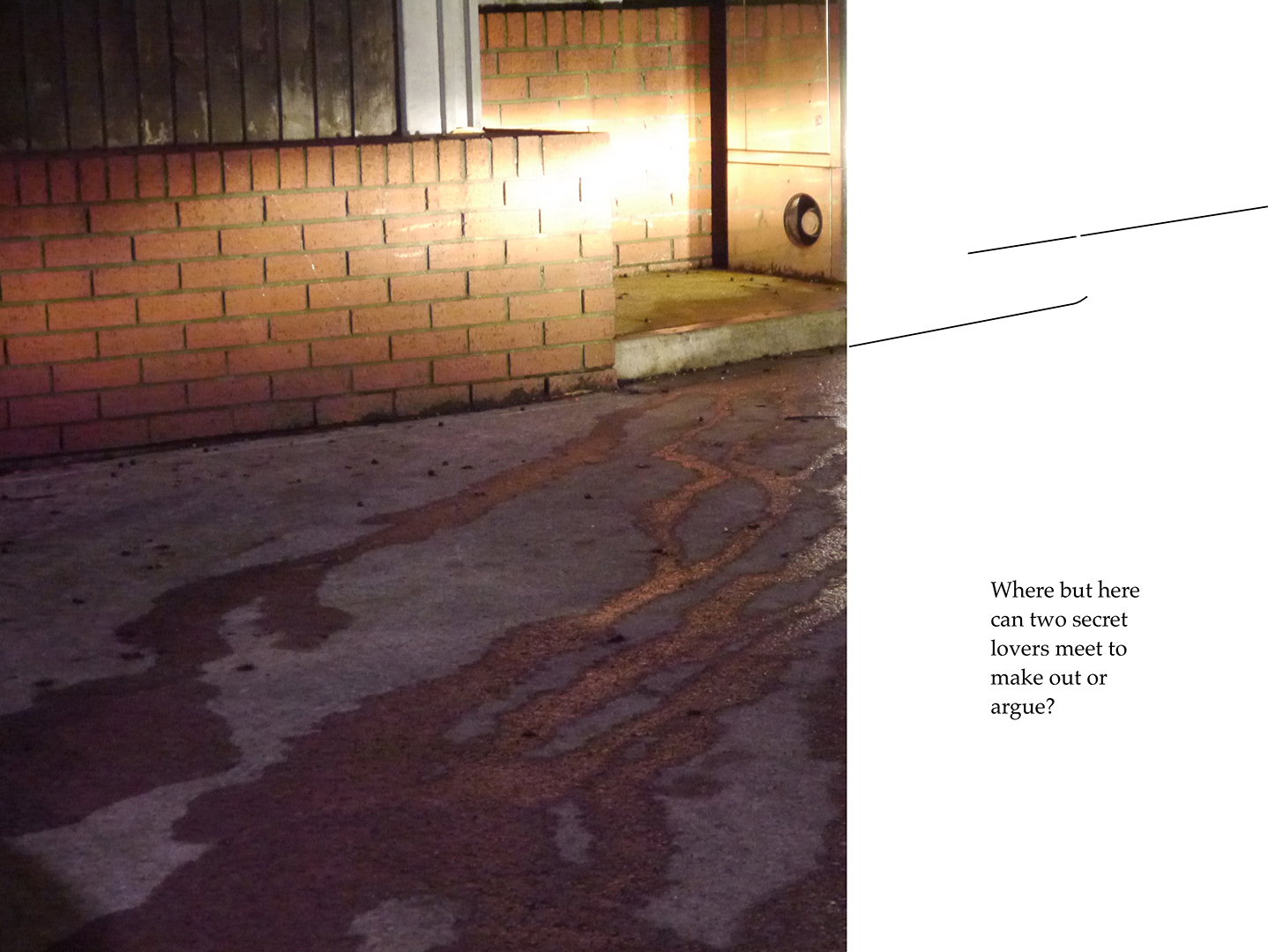 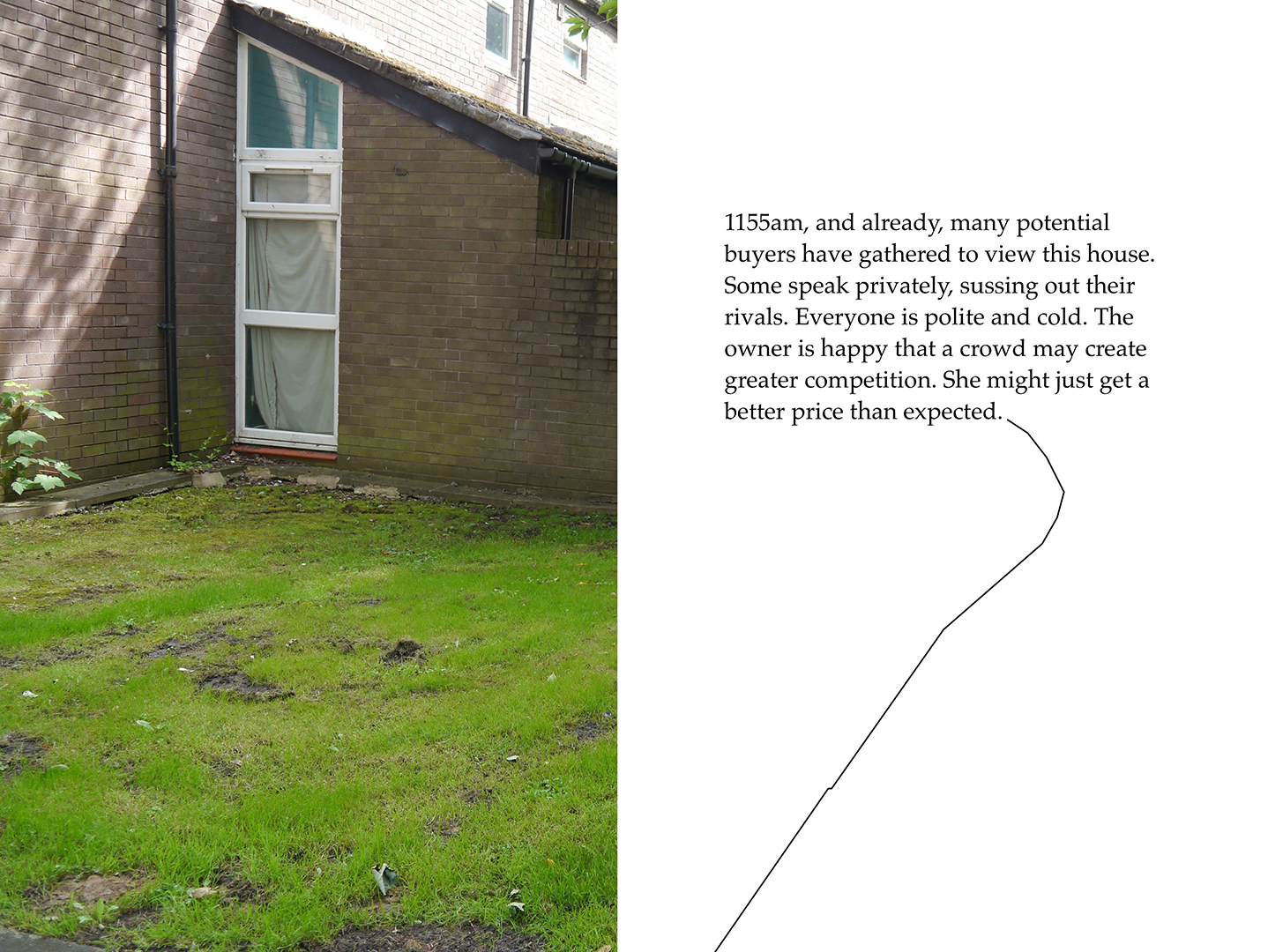 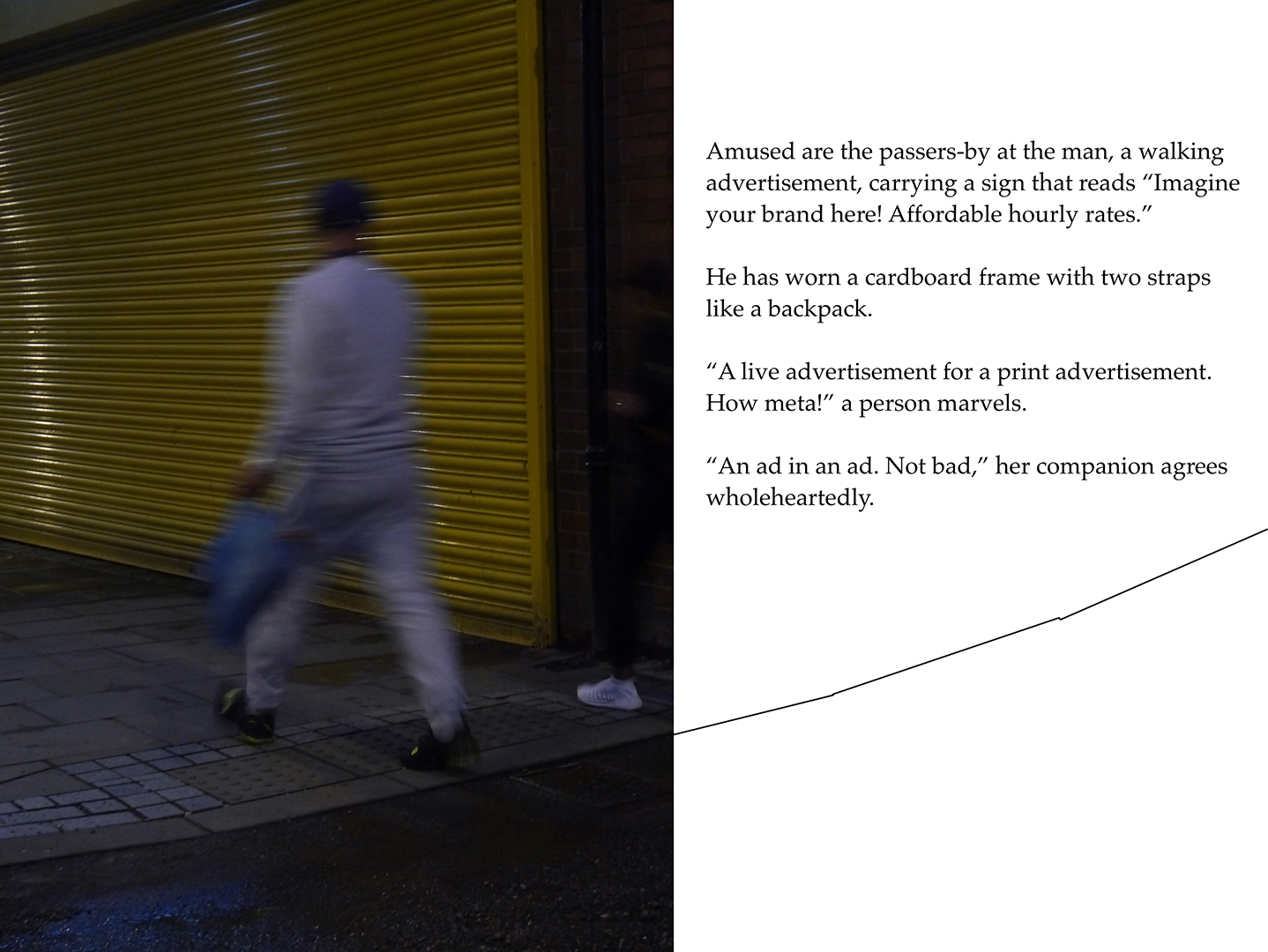 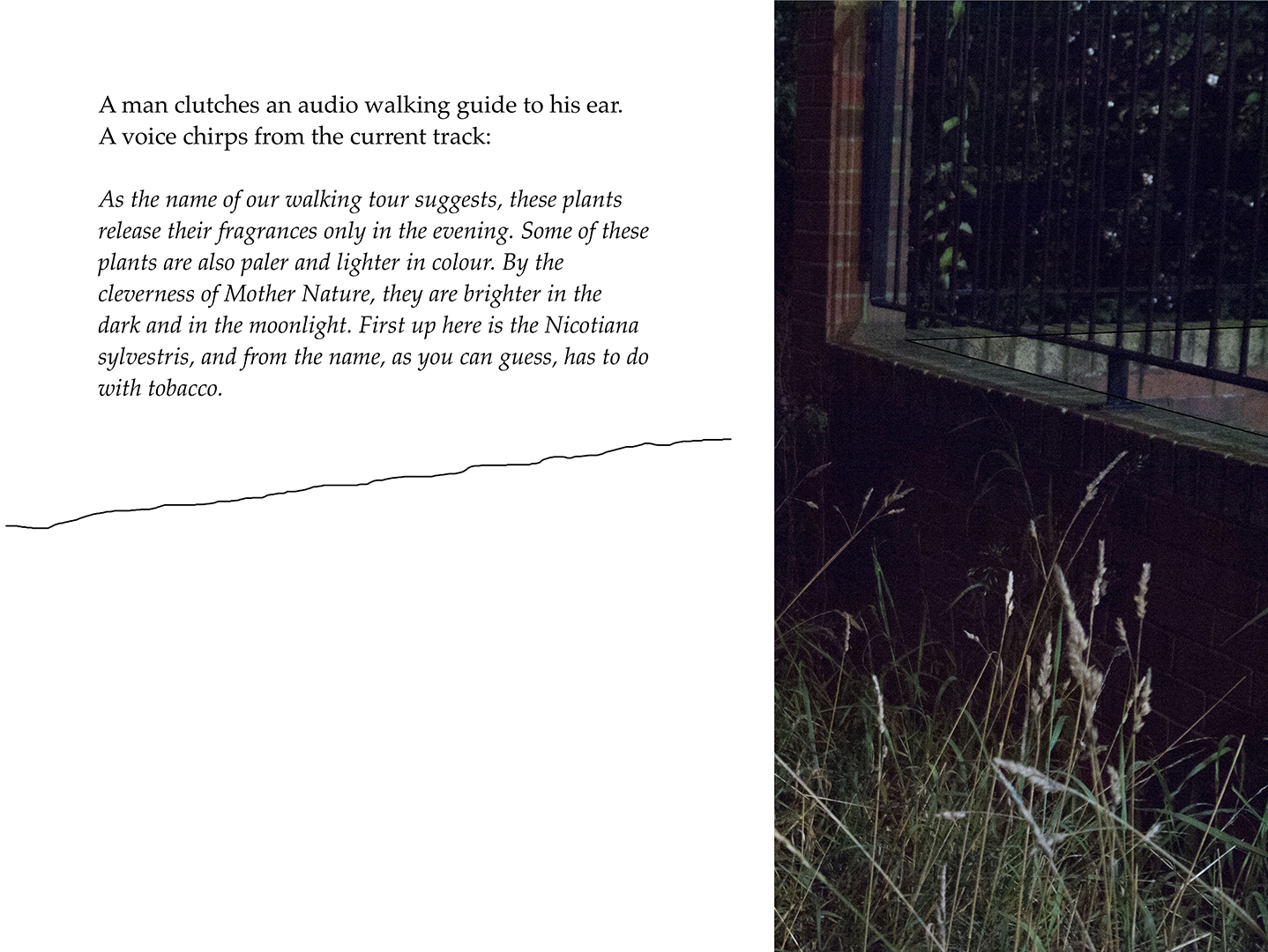 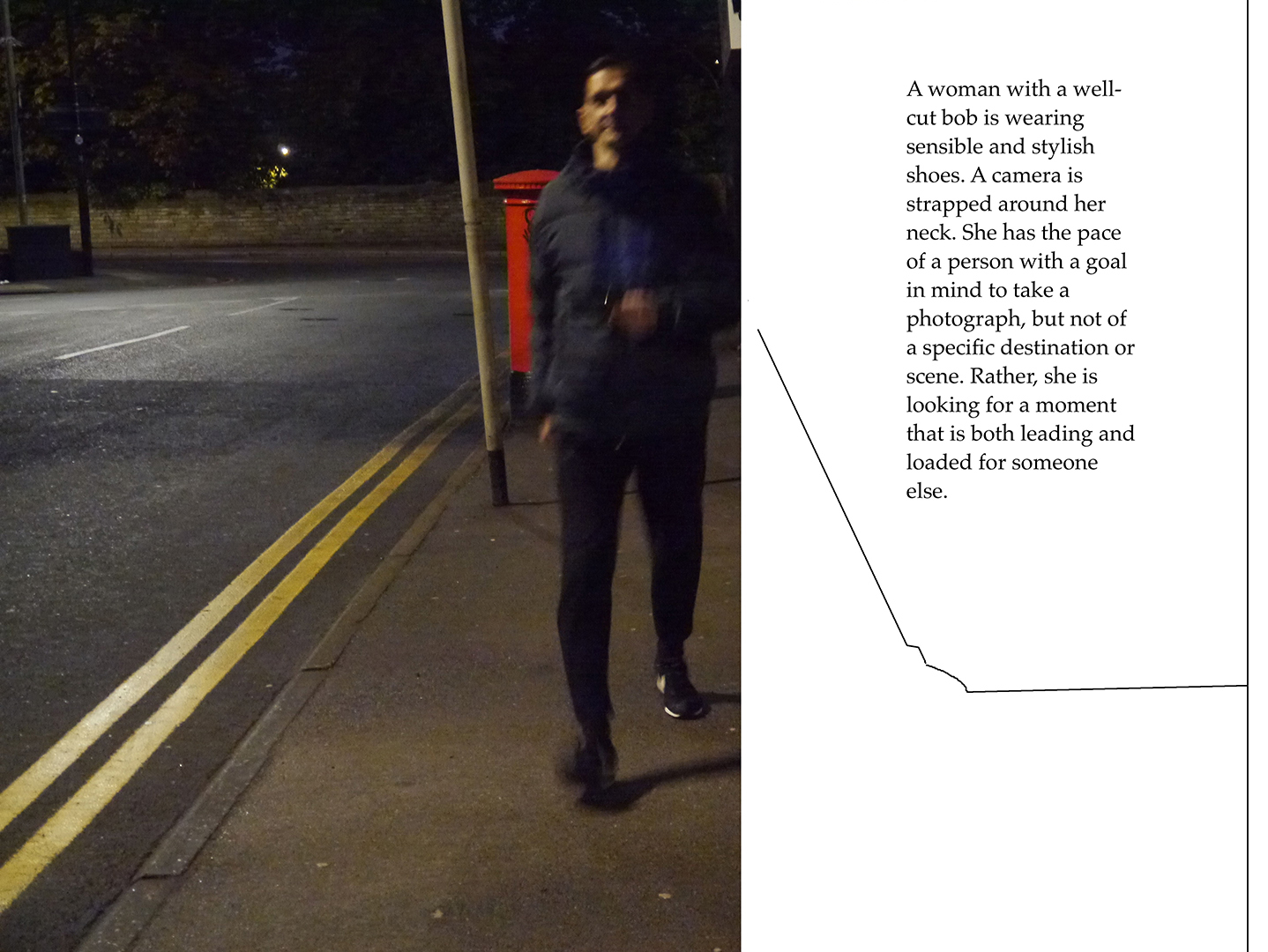 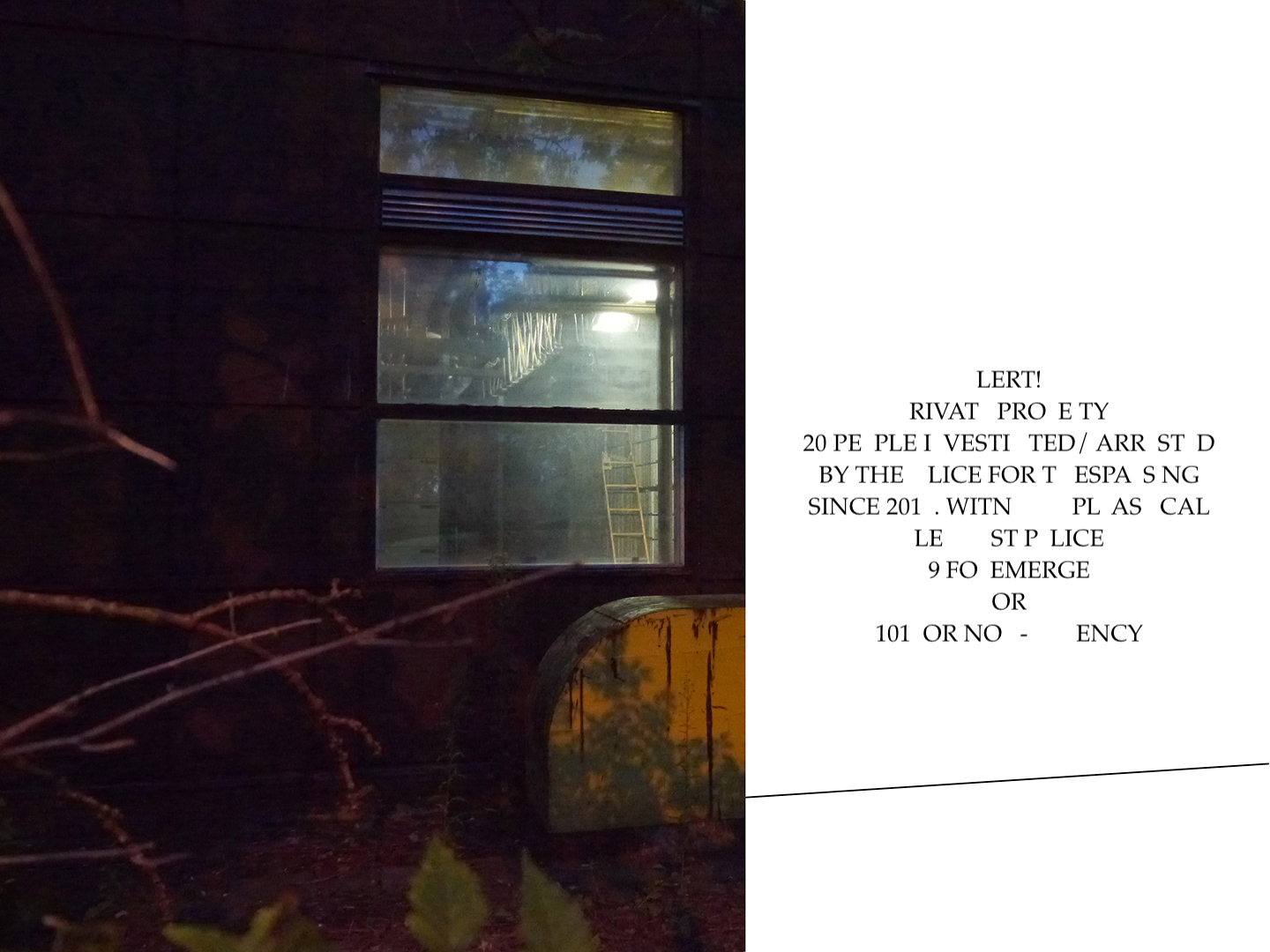 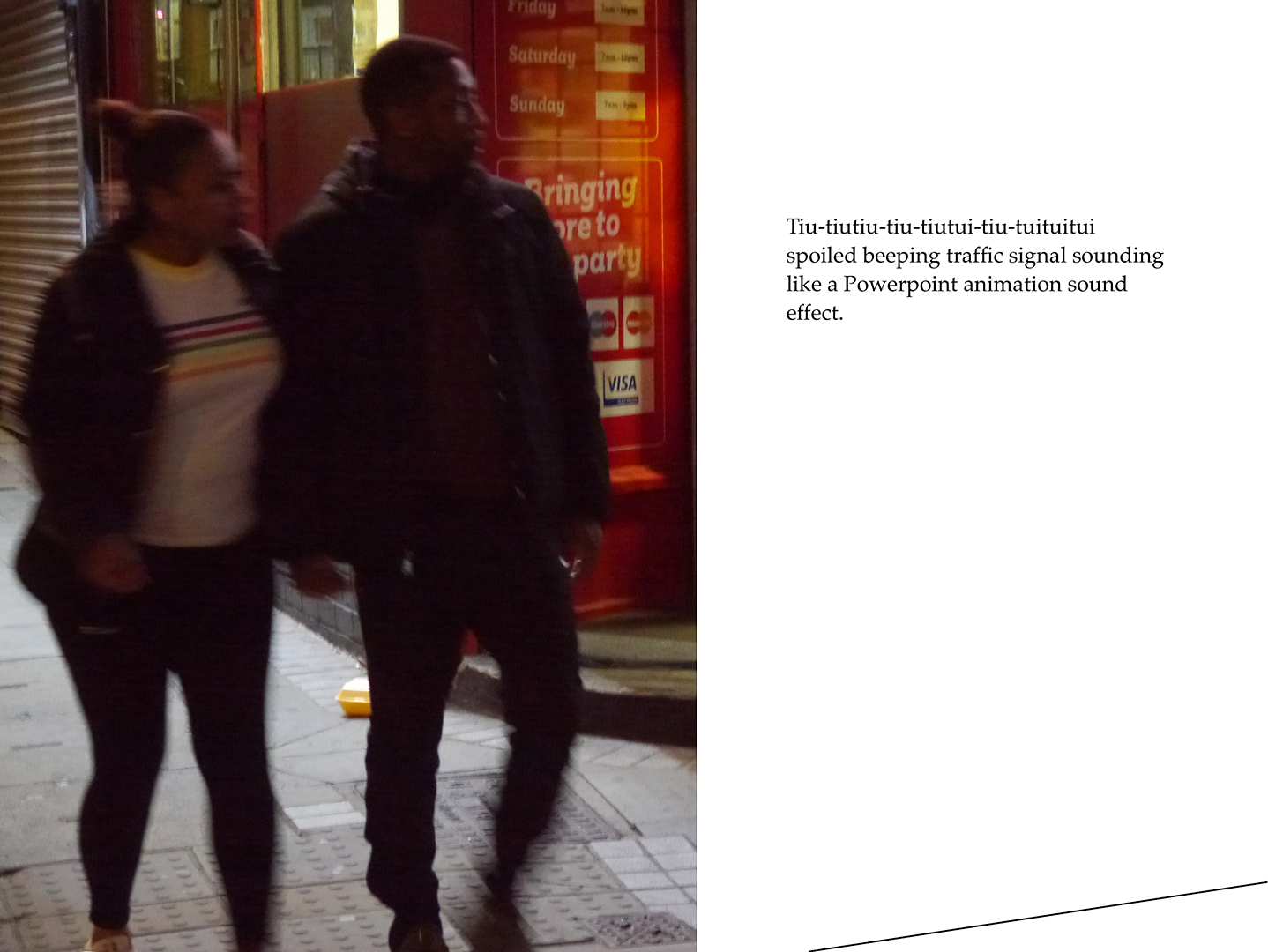 Clare Charnley is a visual artist living in the UK. Her work focuses on what happens as ideas, images and objects move between people and cultures. Her book So Communication... translating each other’s words funded by Arts Council England and Lincoln University is a contemplation on a series of her performances with people in different countries. It deals with cultural ignorance and the politics of British English. Joey’s response to reading the book initiated the series of online conversations that led to Here but where.

Joey Chin is an artist and a Pushcart-nominated writer and poet.

Her work is located at the intersection of text, narrative and visual art, staged through poetry, acts and modes of reading, and various disruptions. Her key focus is in the development of personal communications between the self, markings of territoriality, and the inner conversations between the two.

She explores etymologies and language use of the Chinese and Greek language through the English lyric and prose.

Joey holds an MFA in Creative Writing (Poetry) from the City University of Hong Kong, and her work has received scholarships, grants, and awards from numerous organisations including Arthub Asia, the Asia Europe Foundation, the Royal Over-seas League Arts (United Kingdom), the Dorothy Cheung Foundation (Singapore), the National Arts Council (Singapore), the Run Run Shaw Library (Hong Kong), and the Society for Humanistic Anthropology (US). More at www.joeychin.com