The Evelyn Wrench Lectures (EWL) are in honour of our founder, Sir Evelyn Wrench. He was an entrepreneur, forward thinker and explorer. He founded the Royal Over-Seas League in 1910 to broaden international friendship, and, importantly, to encourage strong debate over the world’s most thought provoking questions and hard-hitting issues. The EWLs are continuing this tradition and the current series started in July 2016.

Alexander Downer AC will speak on the Australia-China relationship. Alexander Downer is ROSL’s Chairman and was appointed Australian High Commissioner to the United Kingdom in May 2014. He retired from politics in 2008 after a distinguished career spanning 23 years. He was Australia’s longest serving foreign minister from March 1996 to December 2007. He was Leader of the Opposition and Leader of the Parliamentary Liberal Party from May 1994 to January 1995. Alexander held senior political advisory roles with former Prime Minister, the Hon Malcolm Fraser, and Federal Leader of the Opposition, the Hon Andrew Peacock, before entering Parliament as the Member for Mayo in 1984. In January 2013, Alexander was appointed a Companion of the Order of Australia (AC) for his distinguished service as Foreign Minister.

Guy Dru Drury will speak on the UK-China relationship. He is the Chief CBI Representative China, and he will be joining us from Beijing. Guy established the CBI’s Beijing Office in January 2006. From 2001-2005 he worked as global business development director for two professional services firms in Shanghai and London. Guy’s career has seen him work in a variety of sectors and industries ranging from inward investment to consultancy both in the UK and China. He lived in Chengdu, South West China, from 1998-2000 where he was a partner in a private consultancy and following a year in London he relocated to China in 2005. Guy qualified from Leeds University with a BA in Modern Chinese Studies in 1991 and has a postgraduate diploma in Advanced Chinese from Teachers University (Taipei). He speaks fluent Chinese. 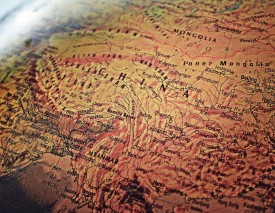