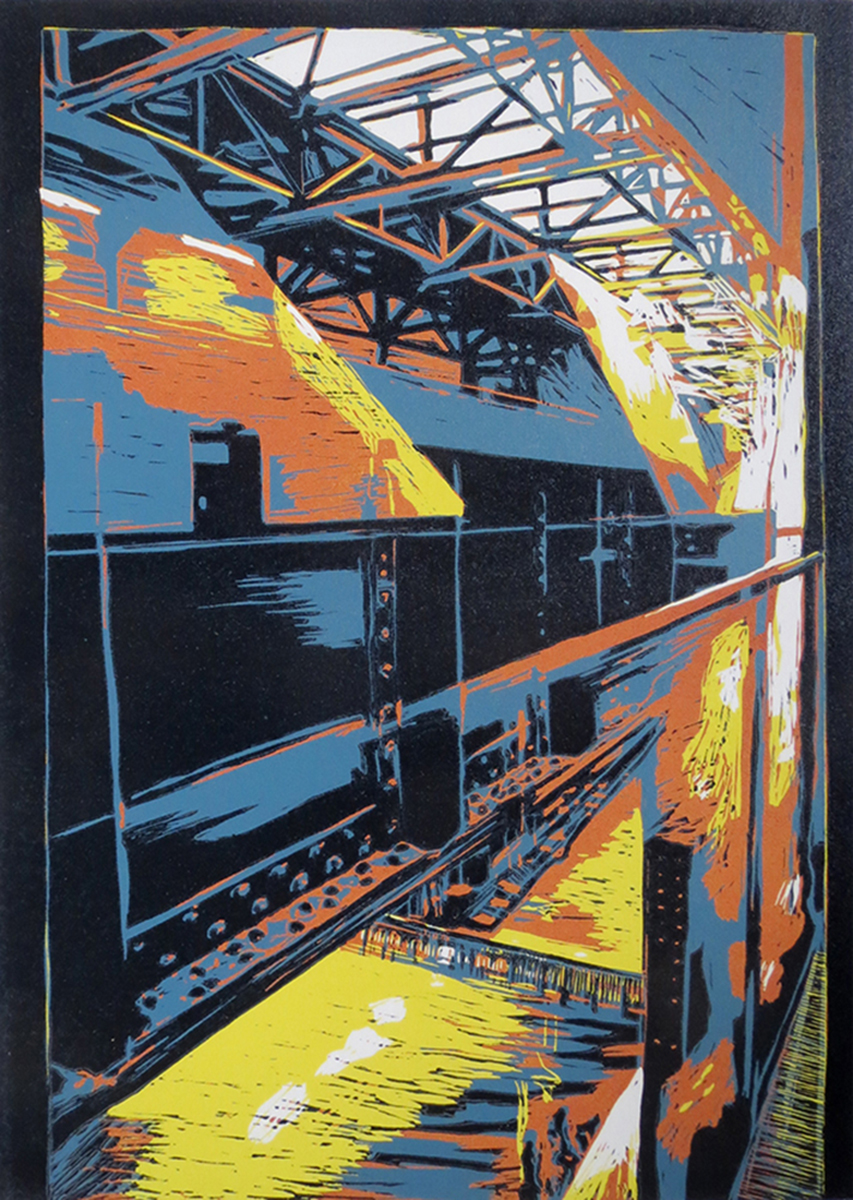 Ute Haring is an artist whose practice encompasses various media. Her work often centres around ideas of memory and place, the  transitional nature of urban spaces and landscape and its relationship with our individual identity.
Ute was born in Leipzig, the historic City in what remains eastern Germany but which was, at the time, known as East Germany, where art and politics enjoyed an often uneasy relationship. She was surrounded by an urban landscape which was characterised by decay and a
lack of investment, which provided countless examples of industrial structures which refused to conform to the totalitarian mindset of the Cold War and which, nevertheless, contained an emotional link to the past which was being neglected.

Ute’s work, which has embraced many emotional, intellectual and physical spaces, has repeatedly returned to the industrial landscapes which provide a bridge between a productive and hopeful past and a less certain existential future. Ute has lived and worked in the UK since 1990, after leaving her native East Germany in rather less than legal circumstances. She gained a Master’s degree from Wimbledon School of Art in 1998 and has many successful exhibitions, including the UK, Paris, Germany and Ireland. Her work is held in public and private collections.

‘Turbine Hall II’ is a reduction linocut, a colour printmaking process in which the image is built up from layers of colour. A single lino block is used to cut and print the image in stages, each time reducing the block further and inking it again in another colour to print onto the previous stage. Because of the nature of the process one has to plan from the beginning how many prints one wants to end up with. There is no going back as the block is altered with each stage. Rather than planning large editions I am more interested how different colour combinations can change the spacial and atmospheric qualities of an image. The image is based on a photograph I took in the Turbine Hall of Tate Modern. Each time I visit the Tate I make sure to enter through the Turbine Hall entrance to experience the uplifting sensation that the vast, cathedral-like space provides. Different colour versions exist of the Turbine Hall Print, some more colourful than others, contemplating it’s industrial past and celebrating the vibrant place it has now become.