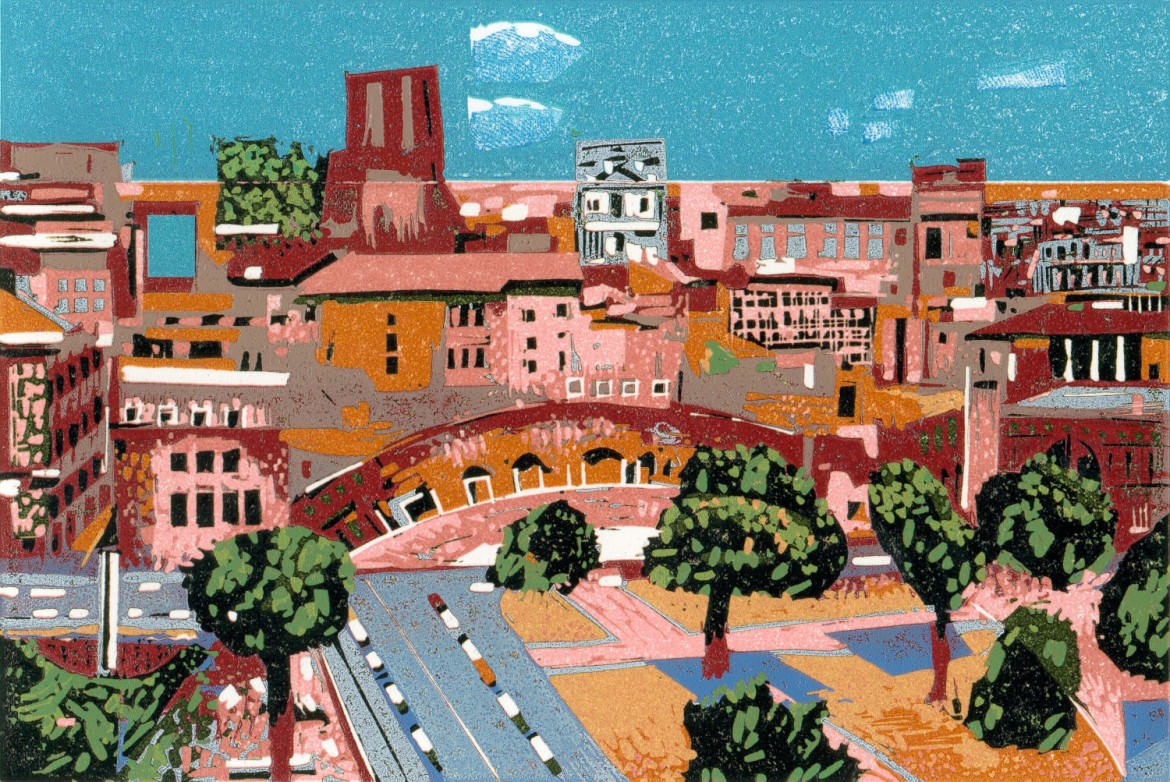 This print is part of a series based on scenic postcards from the 1970s.  Roy was attracted to the postcards by the obvious retouching that was used to intensify the colour in a pre-digital age. He used this as the basis for the strong colour palette in his print. This series was also questioning the parameters of realism and the accuracy of naturalistic representations in photographs. A linocut can have as much ‘truth’ as a photograph - the colour in both cases has been enhanced to produce an idealised version of the location.

Born in Southampton in 1957, Roy now lives and works in London where he studied Fine Art at Central School of Art. He is a member of the Printmakers Council which Ihejoined in 1981, being a committee member for twelve years and Treasurer for four. Roy became an associate of the Royal Society of Painter-Printmakers (RE) in 2009 and full member in 2013. In June 2018 he was an artist in residence at Maelor Studios in Wales.
Roy has exhibited in many open exhibitions including Xylon & The Discerning Eye; group shows with the Society of Wood Engravers, Printmakers Council, RE and internationally in Holland, Russia, Italy, Japan, Bulgaria, Serbia, Sweden, Canada and USA.
His work is held in the PMC archive at Scarborough Art Gallery and other public collections including the V&A, Fitzwilliam and Bodleian.