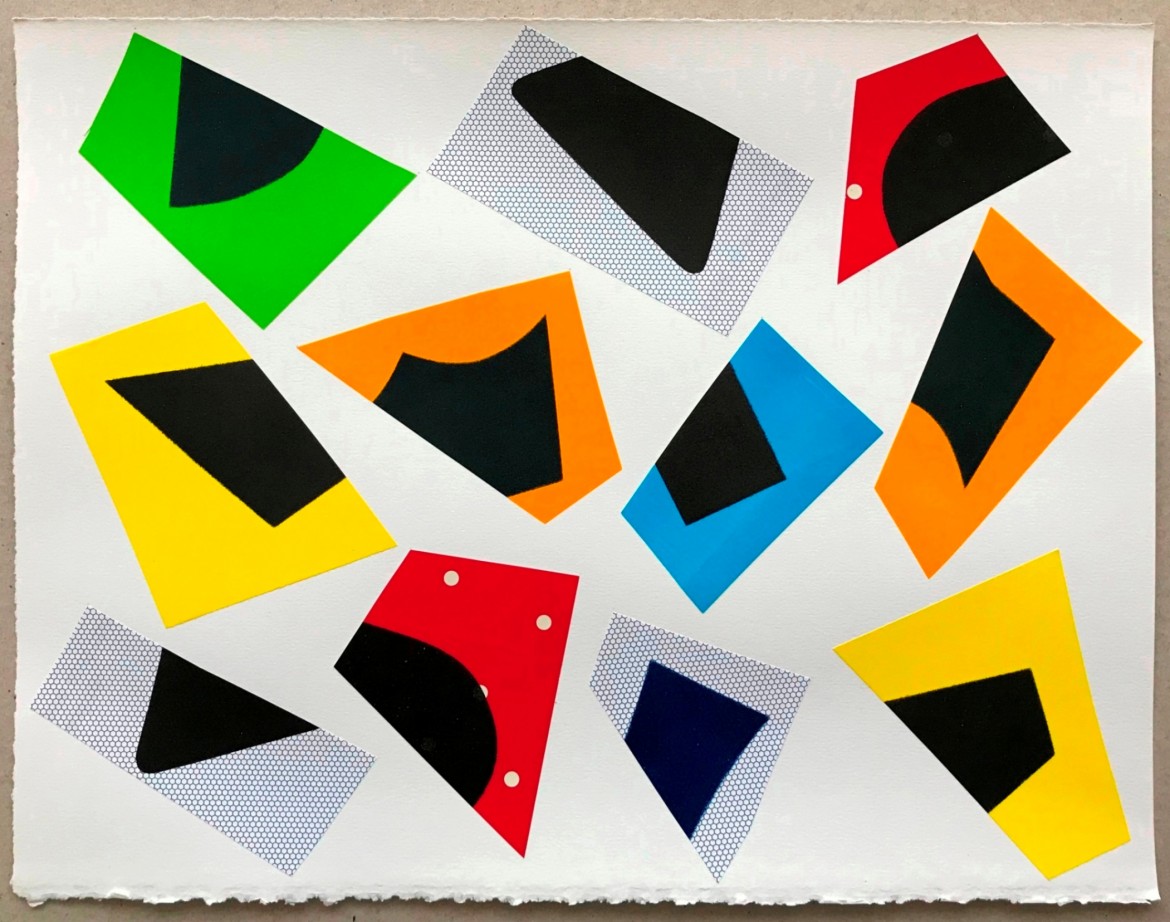 Michael Kennedy is a painter and printmaker who was educated at Ravensbourne College of Art and Design where he completed his National Diploma in Design, and then at the Slade School where he was awarded a postgraduate Diploma in Fine Art. After leaving the Slade he continued to pursue his work as an artist, but he also taught for many years, most of them in teacher education, teaching art to trainee teachers at all levels and on various postgraduate courses.

On taking early retirement in 2003 he was able to pursue his career as an artist full time. He exhibits widely with the Printmakers Council, but his work has also been seen several times at the Royal Academy Summer Exhibition; at Originals; at the Royal West of England Academy, and at various other open exhibitions. He is a member of East London Printmakers and is included in their Boxed Sets 2014 and 2015, both of which are now in the collection of the V&A Museum.

The selected print is one in a series referencing the collection, and subsequent display, of fragments taken from the remnants of earlier civilisations but using instead fragments derived from our own time. One day our own age will be the subject of archaeological discovery. In the print the black stencilled shapes are from objects, or fragments of objects, derived from the modern world. The coloured papers that the stencil prints are on have been cut into shapes referencing shards or fragments of modern ephemera. Colour is very much a feature of our society and the image is constructed from different pieces of discarded coloured paper that would otherwise be destined for recycling. The print comes from a body of recent work which attempts to explore unusual or unconventional ways of printmaking.